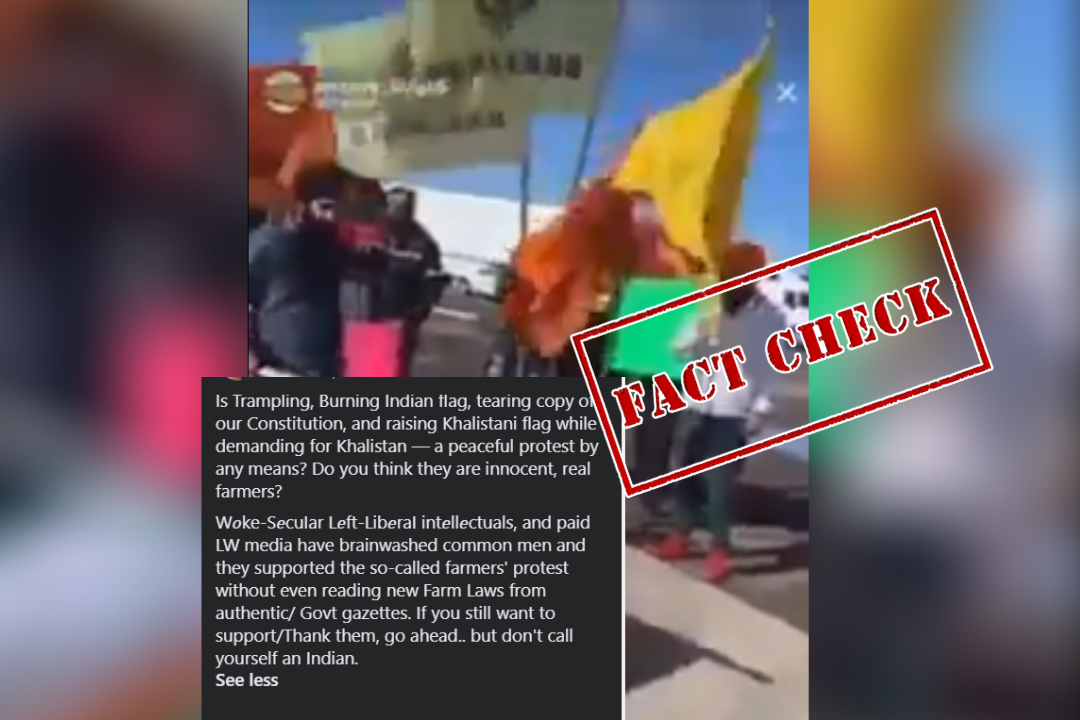 A video of a group of people raising pro-Khalistani slogans and disrespecting the Indian flag is doing rounds on the internet. The caption suggests that the video was shot in India during the ongoing farmers’ protest.

The caption of the post read, ‘Is Trampling, Burning Indian flag, tearing copy of our Constitution, and raising Khalistani flag while demanding for Khalistan — a peaceful protest by any means? Do you think they are innocent, real farmers? Wke-ScuIar Lft-LibraI intllctuals, and paid LW media have brainwashed common men and they supported the so-called farmers’ protest without even reading new Farm Laws from authentic/ Govt gazettes. If you still want to support/Thank them, go ahead.. but don’t call yourself an Indian’. 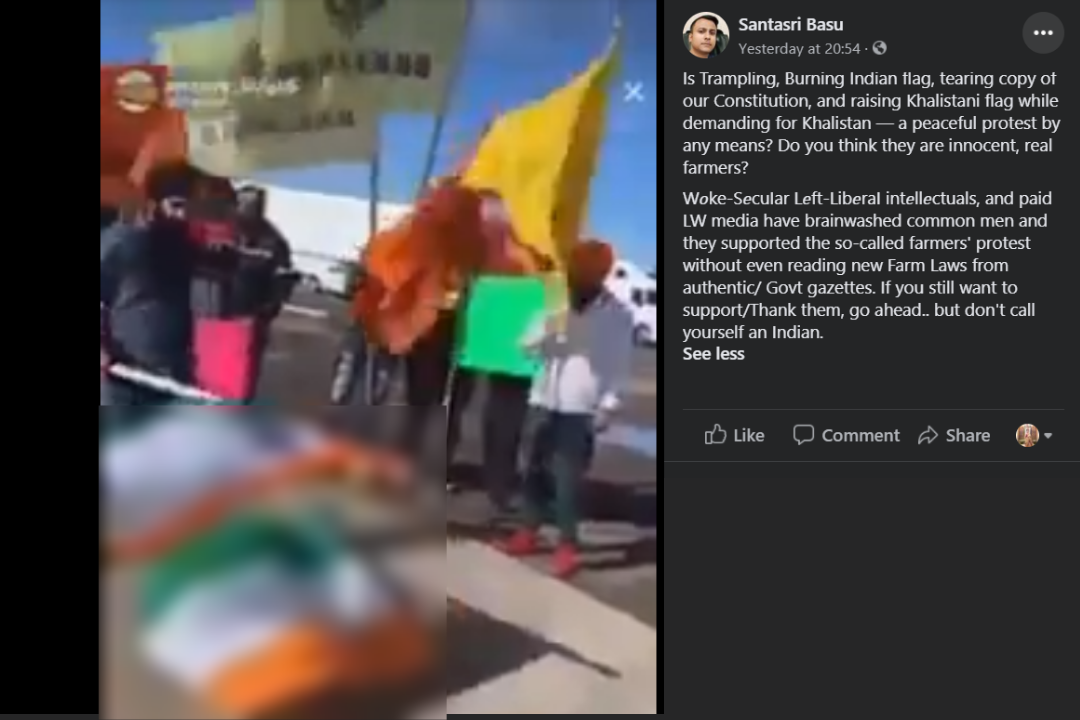 Watch the above video here.

More videos can be found here and here.

NewsMobile fact-checked the above video and found that the claim attached to it is misleading.

On examining the video closely, we found a TikTok username ‘amanvir_singh5’ on the top left corner of the video. Since TikTok is banned in India for security reasons, we used ProtonVPN to check the TikTok profile.

We found the same video on his TikTok profile, posted on January 25, 2021. In the video, he comes into the frame and talks about the Indian Constitution before tearing a printout of the cover amidst chants of ‘Khalistan Zindabad’. 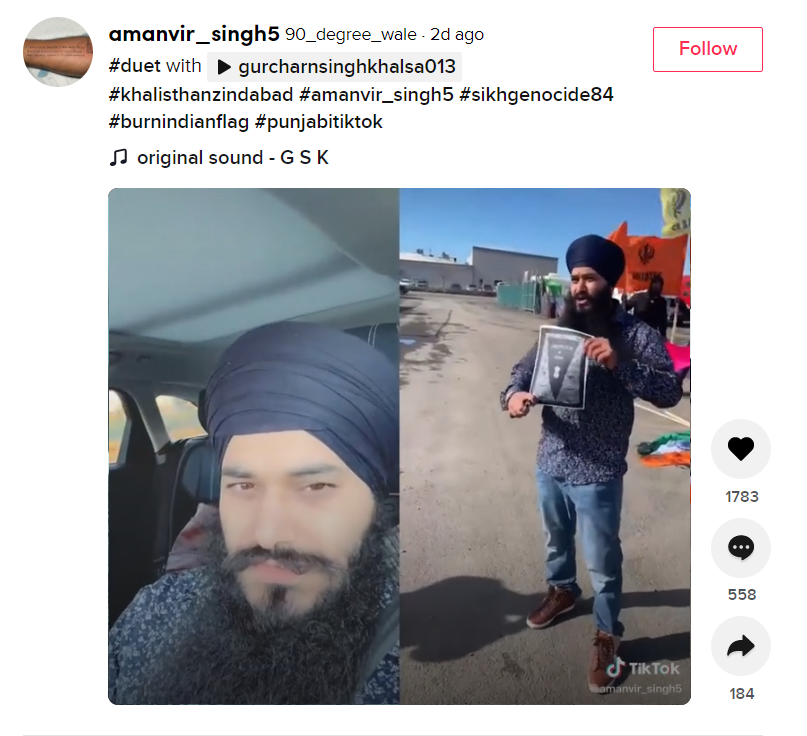 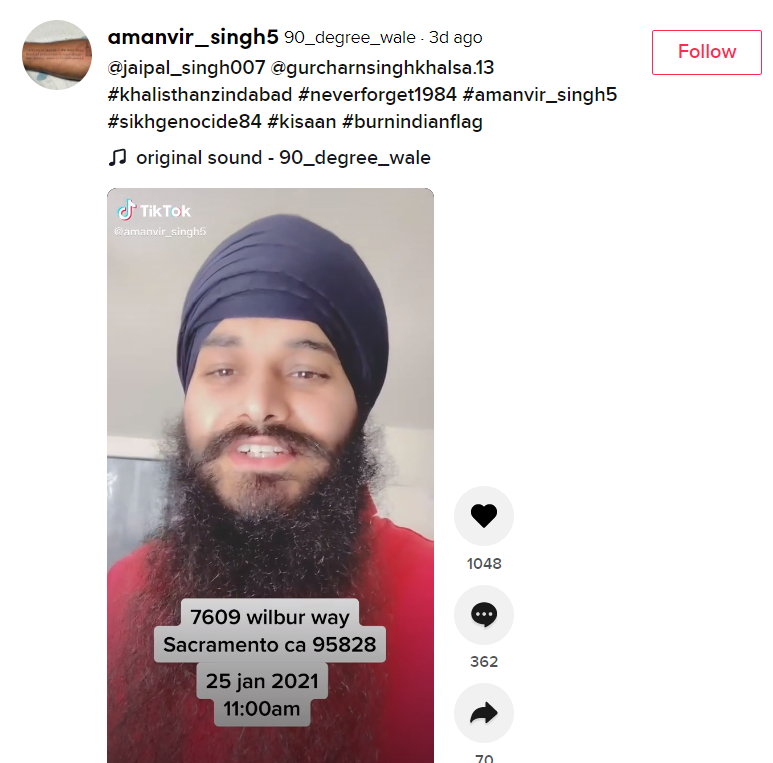 With the help Street View mode in Google maps, when we located the address given in the video and compared it the location of the viral video, it becomes clear that the video was shot in Sacramento, USA. 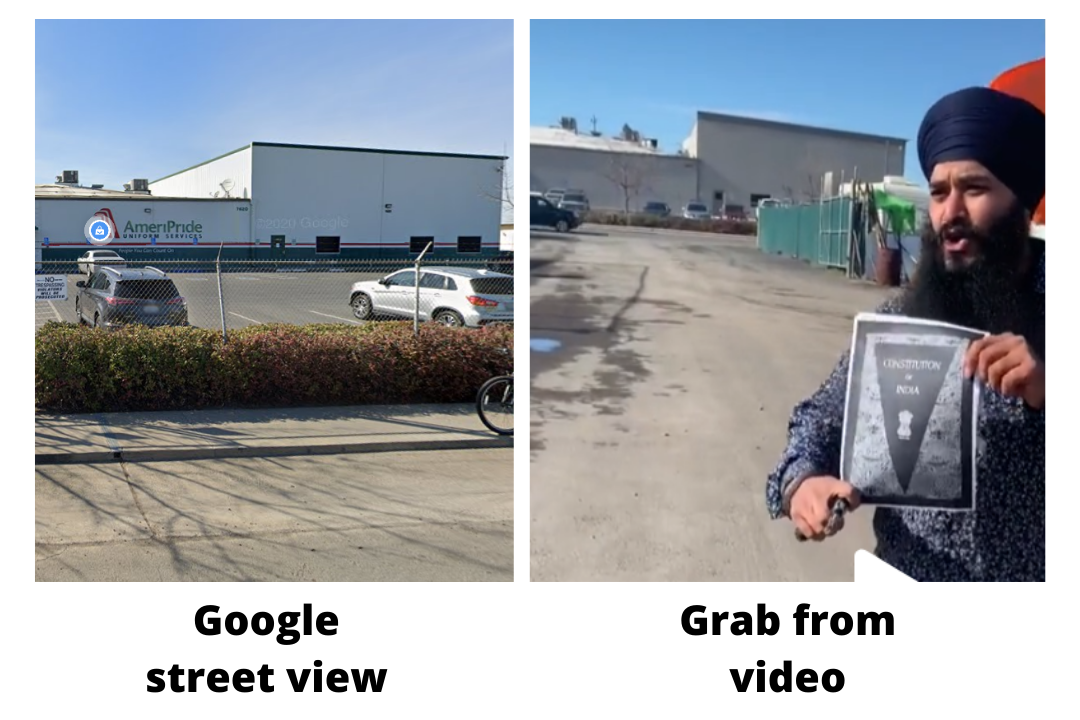 Lastly, we found a video where he shared the screengrab of an order that he placed with Amazon.com for Indian flags. In the screenshot, his name and address- ‘Ship to Amanvir – Bakersfield, CA’ can be seen.

The above investigation proves that the video was shot in California, USA and not in India.