Home NM FACT CHECKER Fact Check: This Video Is Not Of UP Police Chasing A Farmer’s... 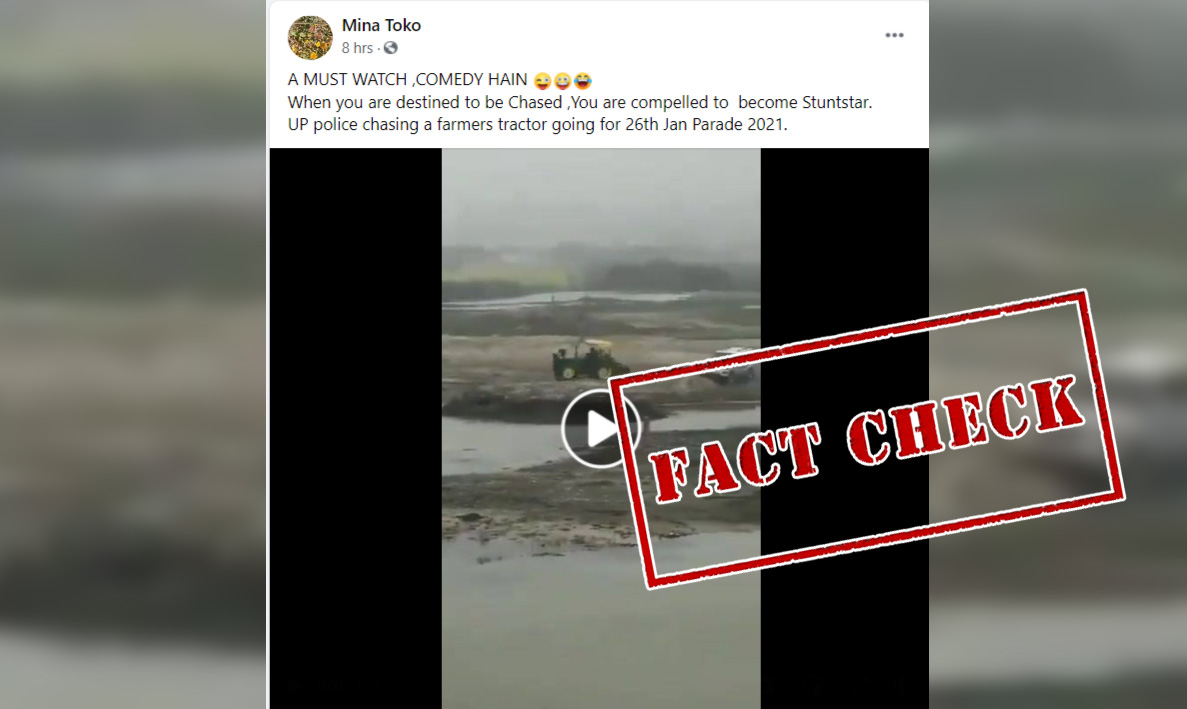 A video a car chasing a tractor is being shared on social media with a claim that it is a UP Police vehicle chasing a farmer’s tractor as he was going to take part in the tractor rally that took place in Delhi on January 26, 2021.

“UP police chasing a farmers tractor going for 26th Jan parade.. this farmer is a rockstar,” the Facebook post read.

We extracted keyframes of the video and ran them through Reverse Image Search along with the keyword. The search led us to a report by ABP News Hindi dated January 25, 2021, featuring the same video.

“चोर-पुलिस के बीच की ये रेस आपकी पलकों को झपकने नहीं देगी, ” the post was titled. (Translation: This race between the thief and the police will not let you blink)

A translation of the video description read: This race between the thief and the police will not allow you to blink… the mafia escaped by dodging the police… This case is of Bajpur, Uttarakhand.

A similar report was also published by Amar Ujala on January 22, 2021.

The description of the video read: The mining mafia on the banks of the Kosi River in Uttarakhand bothered the police for about twenty minutes. The mining mafia then ran the tractor in deep water, forcing police to stop at the banks only as the mafia escaped. Kashipur Circle ASP Rajesh Bhat says that the police are strategizing to catch the mining mafia. Soon it will be caught.

The report also carried a statement by Kashipur ASP Rajesh Bhatt. In the video, he said, “Illegal sand mining happens on the bank of river Kosi, which is a huge cause of concern for us. The police received a complaint about illegal mining and reached the spot. Seeing the police, the mafia took a tractor and started fleeing and escaped. That’s where the video was shot which has now gone viral.”

Hence, from the above information, it is clear that the video in question is not related to the tractor rally organised during ongoing farmers’ protest.