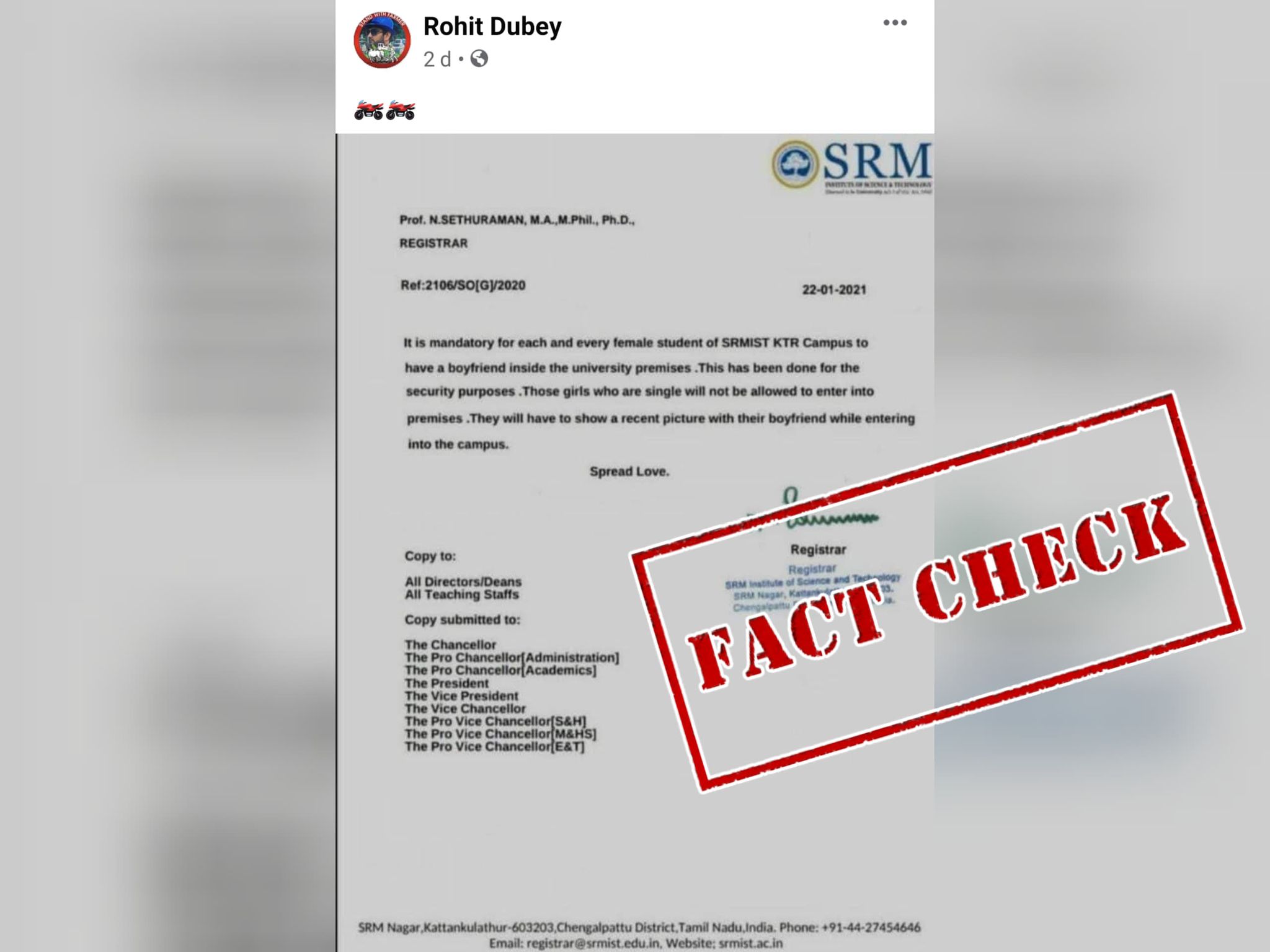 “It is mandatory for each and every female student of SRMIST KTR Campus to have a boyfriend inside the university premises. This has been done for the security purposes. Those girls who are single will not be allowed to enter into premises. They will have to show a recent picture with their boyfriend while entering into the campus,” the circular reads. 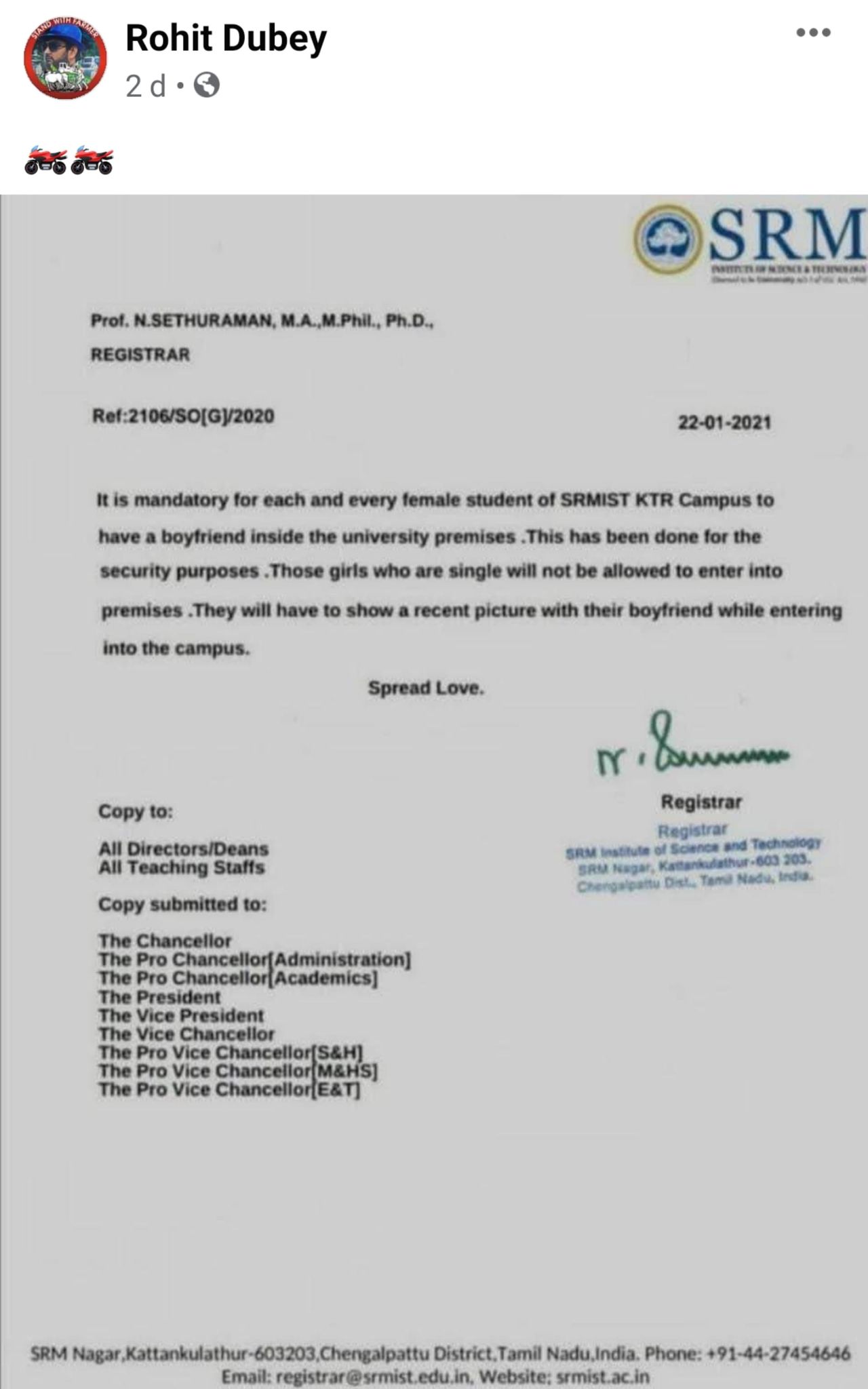 The circular appeared fake because there were some grammatical errors and the use of unprofessional language in it.

We then visited the college website to find out more about the circular and came across an announcement made by the college stating that they have filed a police complaint in connection with the “fake circular” being shared on social media. 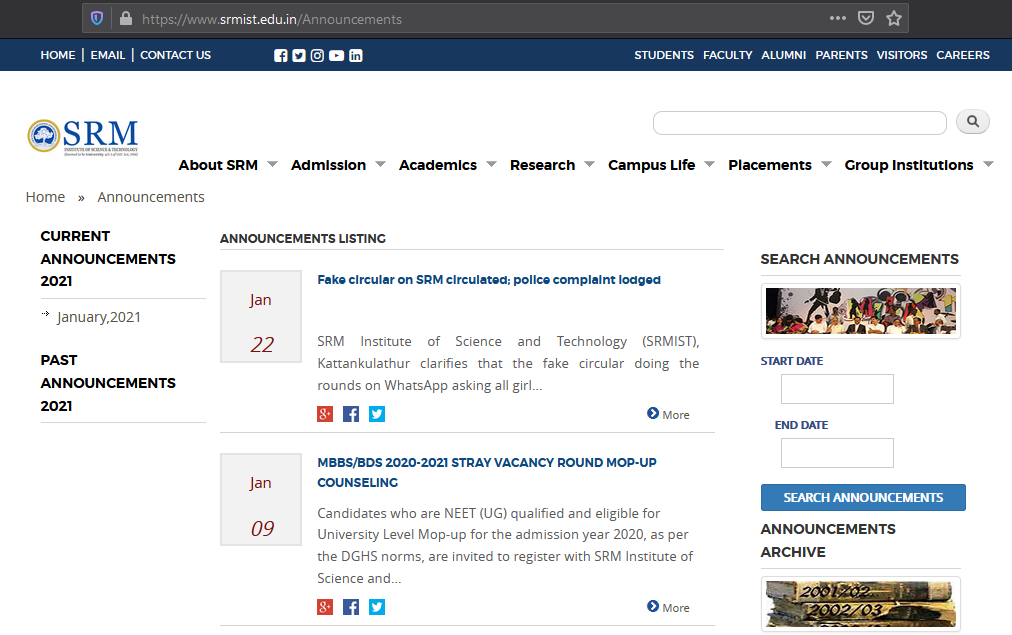 “SRM Institute of Science and Technology (SRMIST), Kattankulathur clarifies that the fake circular doing the rounds on WhatsApp asking all girl students to have at least one boyfriend is fake,” the statement read. 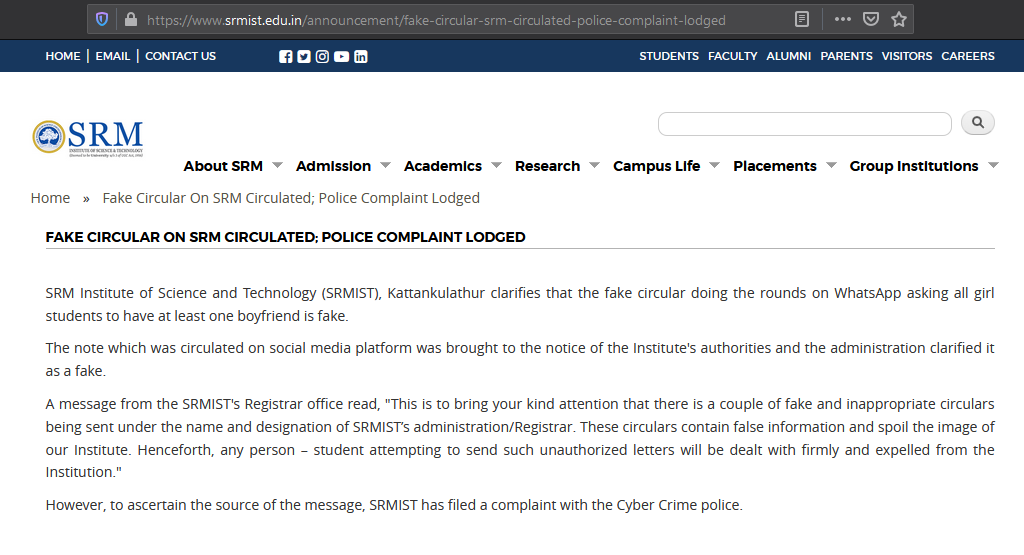 We also ran a keyword search and came across a news article by The Hindu with the headline, “SRMIST files police complaint after viral circular”.

“We regularly send circulars regarding COVID-19 and the rules regarding the reopening of the college from time to time. Some students have misused the letters. Since we send it by mail and such reworded letters come only through social media, we are unable to trace those involved.” The Hindu quoted the registrar of the institute, N. Sethuraman.

NewsMobile had earlier busted a similar fake circular which was being shared with the letterhead of Agra-based St John’s College.

Hence, our investigation proves that the circular is fake and no such announcement has been made by the college.