As Kamala Devi Harris took over as the first-ever female Vice President of the United States, a lot of posts lauding her Indian origins started doing rounds on social media.

However, a lot of misinformation connected to her Indian origins, has gone viral on social media. One such post claims that the recent decision of Gujarat government to rename Dragon Fruit as ‘Kamalam’, is based on Kamala Harris’s name, in order to honour her. 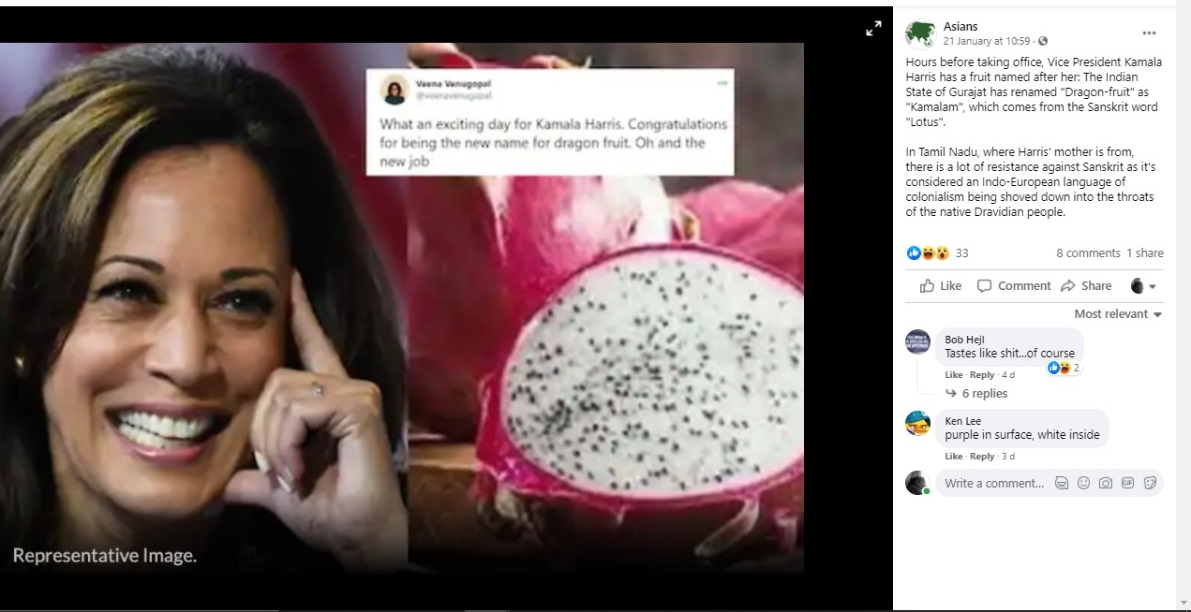 You can see these posts here and here.

We ran a detailed search and found that Gujarat government decided to rename the fruit as it resembles a lotus. ‘Kamalam’ is the Sanskrit word for lotus.

As per several news reports, Gujarat Chief Minister Vijay Rupani, during a press conference on January 20, 2021, said that the government has applied for a patent to change the nomenclature of dragon fruit to ‘Kamalam’. 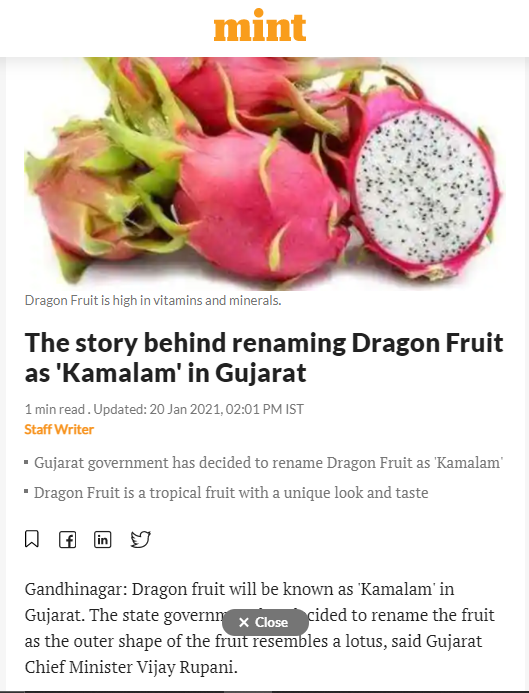 According to Rupani, the word ‘dragon’ for the fruit sounded inappropriate, following which the government decided that the fruit would be called ‘Kamalam’.

CM Rupani made the announcement during the launch of the Chief Minister Horticulture Development Mission. He said, “We have applied for the patent for renaming dragon fruit as Kamalam. As of now, we have decided to call the fruit as Kamalam.”

State government has decided rename Dragon Fruit. As the outer shape of the fruit resembles a lotus, hence Dragon Fruit shall be renamed as ‘Kamalam’: Gujarat CM Vijay Rupani (19.1) pic.twitter.com/tkWfCuUTN4

However, he also clarified that “there’s nothing political about it.”

Hence, it is clear that the Gujarat government’s decision to rename dragon fruit as Kamalam is not linked to Kamala Harris taking charge as the Vice President of The Unired States.