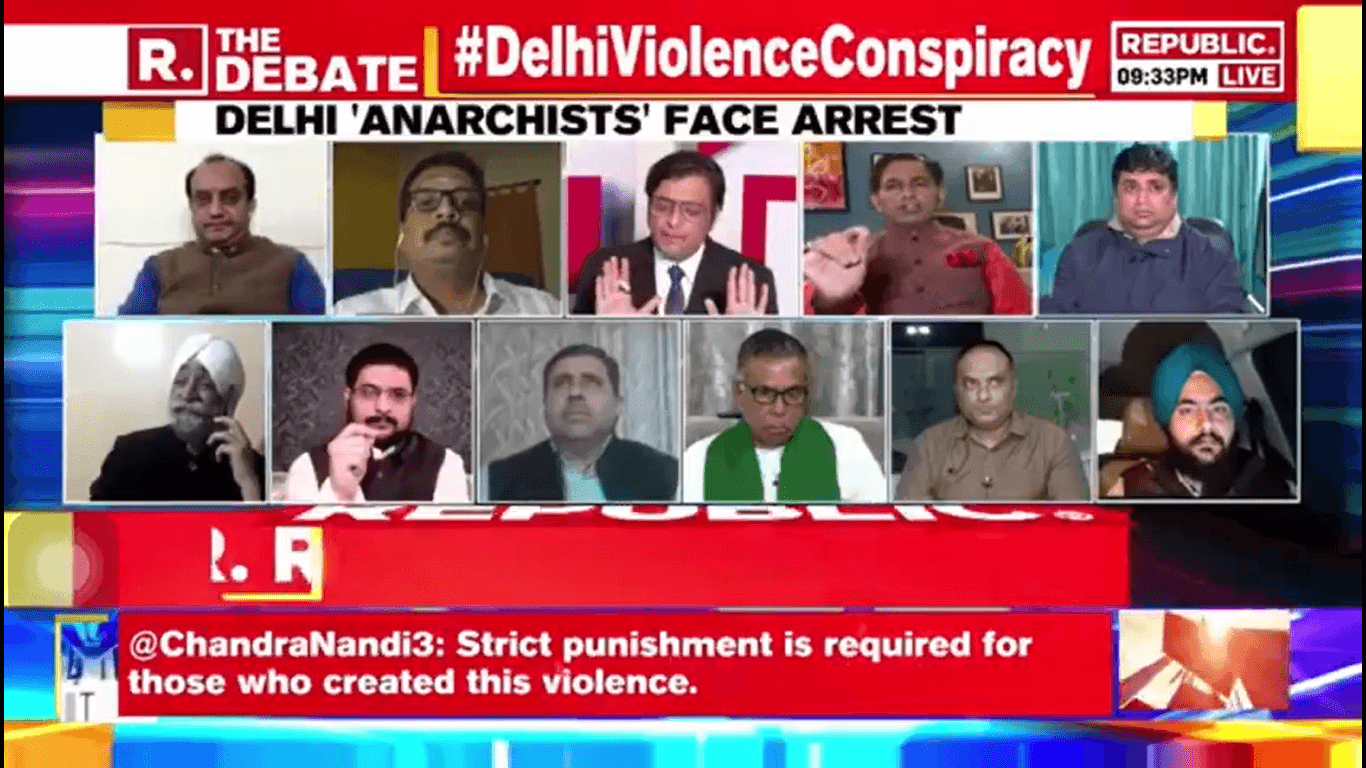 The protesting farmer’s tractor parade on Republic Day took a violent turn, after protestors vandalized and rioted in the capital city of India on the day when the capital holds its biggest military pageant. Talking about the Republic Day Violence in a debate on ‘Republic TV’ News Mobile Editor-In-Chief Saurabh Shukla said, “These were hooligans who were protesting in the name of farmers”. It was also a preplanned conspiracy to malign India’s image especially on a day when India was celebrating its festival of Democracy i.e ‘Republic Day’.

He also praised the patience of Delhi police who despite gravest of provocation, managed to remain calm. “Their were some handles from our neighboring country also who were using this day and protest as an opportunity to add more distress and violence,” Saurabh Shukla said.

The hooligans in the name of protesting farmers were also testing the temper of democratic institutions and Democracy itself, he added.