Fact Check: This Picture Does Not Show Farmers Shot During Cong Rule In 1998; Here’s The Truth | Newsmobile
Thursday, August 11, 2022

Amid the farmers’ agitation against the three Farm Laws, a picture post of some people lying on the ground is doing the rounds on the internet. It is being claimed that 300 rounds of bullets were shot at protesting farmers during Congress rule in 1998 which took lives of 27 farmers.

(Translation- January 12, 1998 ….. Even during the Congress rule, farmers started an agitation, only 300 bullets were fired, 27 farmers died and the movement was over.) 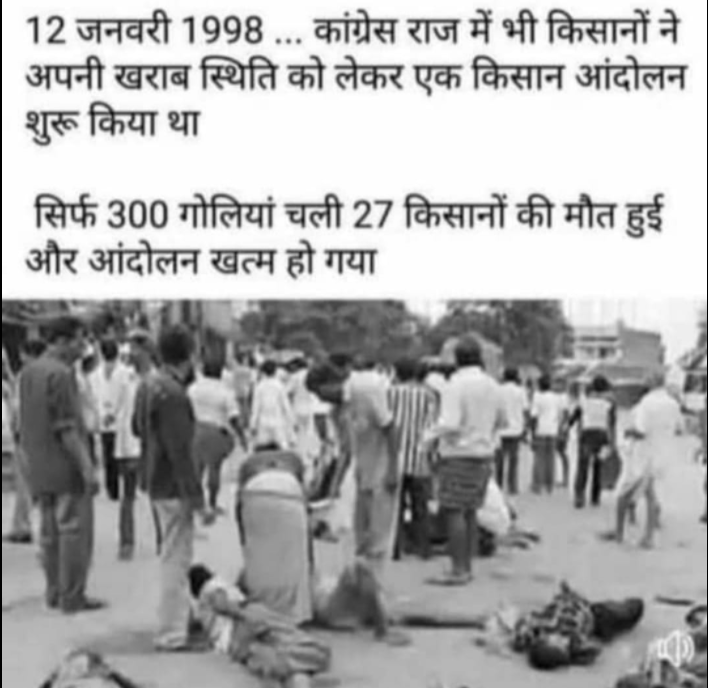 When we put the picture through Reverse Image Search, we found a blog post dated July 28, 2007, featuring the same picture. 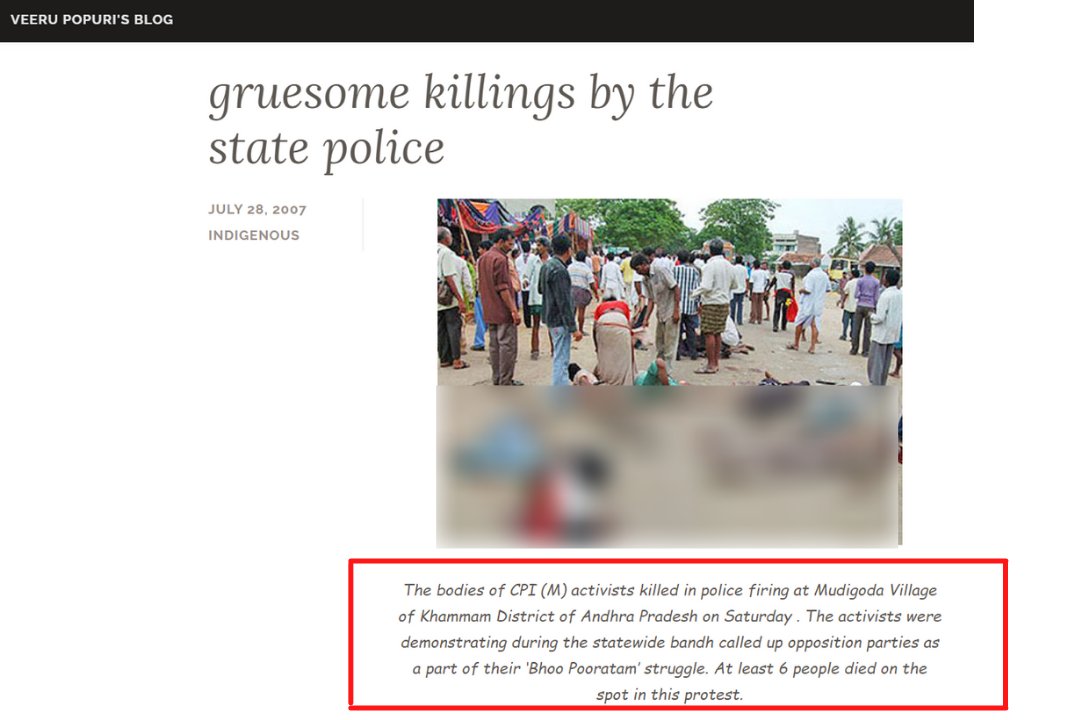 The caption of the picture read, “The bodies of CPI (M) activists killed in police firing at Mudigoda Village of Khammam District of Andhra Pradesh on Saturday. The activists were demonstrating during the statewide bandh called up opposition parties as a part of their ‘Bhoo Pooratam’ struggle. At least 6 people died on the spot in this protest.”

With this information, we did a Google search using relevant keywords and found a report by Economic Times dated July 29, 2007. The headline of the report read, ‘Police firing kills 8 in Andhra’. 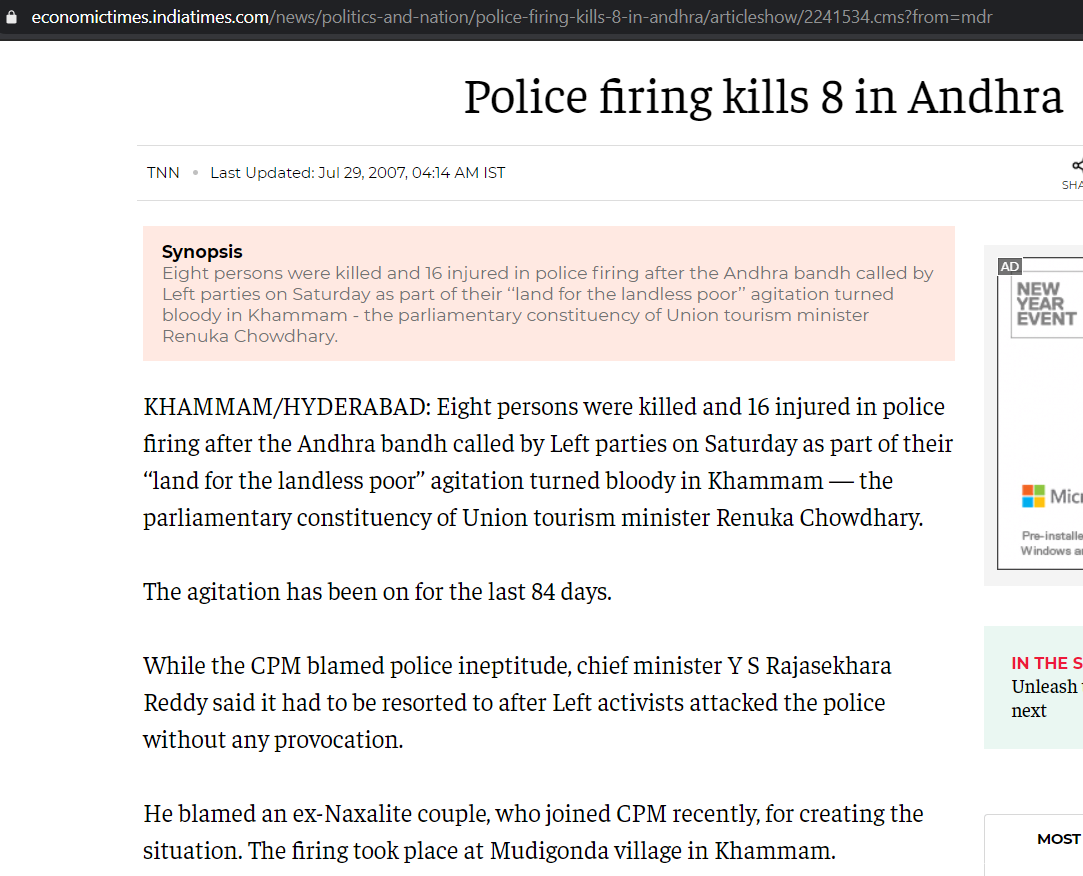 According to the report, eight activists of Left parties were killed and 16 injured in police firing at Mudigoda during their ‘land for the landless poor’ agitation.

The incident was also covered by Outlook, Hindustan Times and Tribune India.

Hence, the above information proves that the picture does not show farmers shot during Congress rule In 1998.