Fact Check: Picture Of Man With Marks Of Assault On His Back Is NOT From Farmers’ Protest; Here’s The Truth | Newsmobile
Friday, February 3, 2023

Home NM FACT CHECKER Fact Check: Picture Of Man With Marks Of Assault On His Back...
ShareTweetGoogleWhatsappPrint
Mail

A picture of a Sikh man with whip marks on his back is being shared on social media with a claim he was brutally thrashed by the police during the recent farmers’ rally.

“Today in Kisan rally, father and son were tortured by the police, my heart is bursting,” the translated Facebook post read. (Via Google Translation) 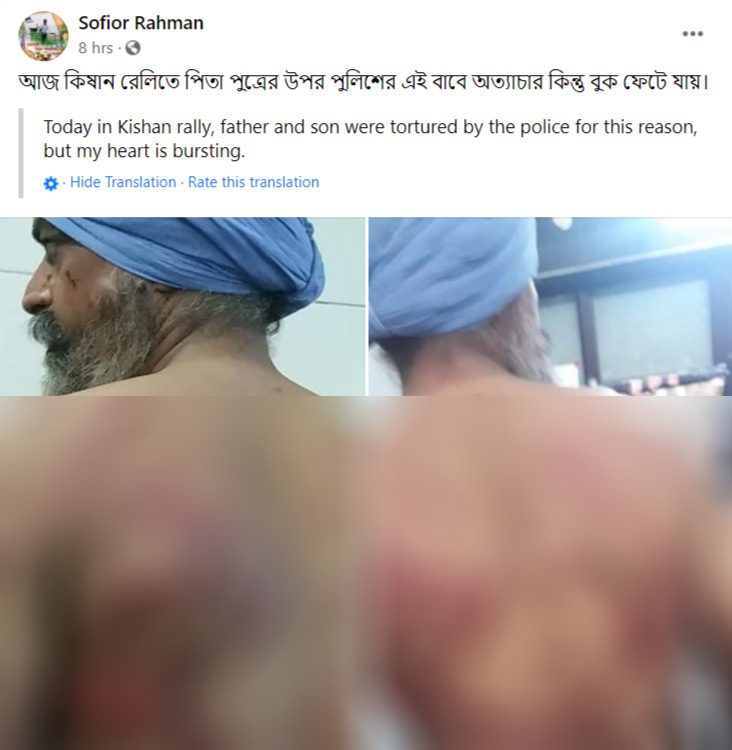 (Translation: Don’t hit me with sticks I’m already a sad person. The reason for my death is that I am a farmer by profession) 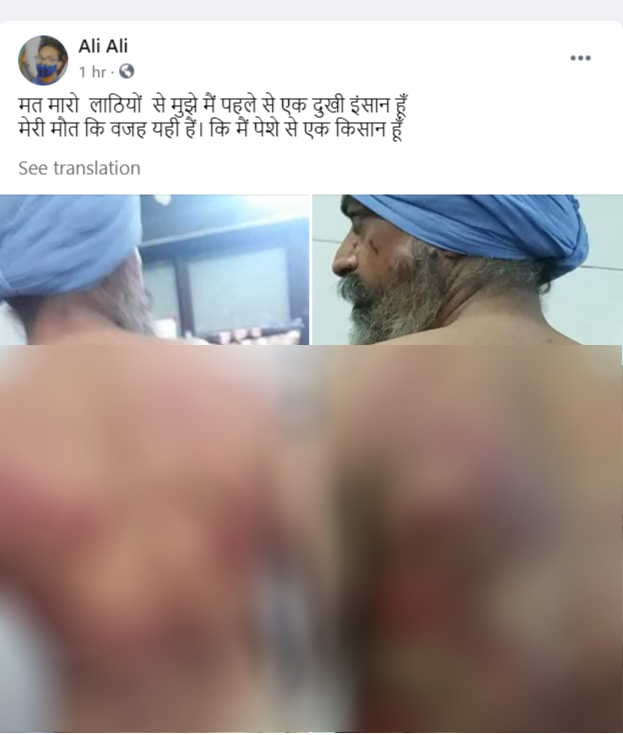 When we put the picture through Reverse Image Search, we found a tweet from 2019 featuring the same image. 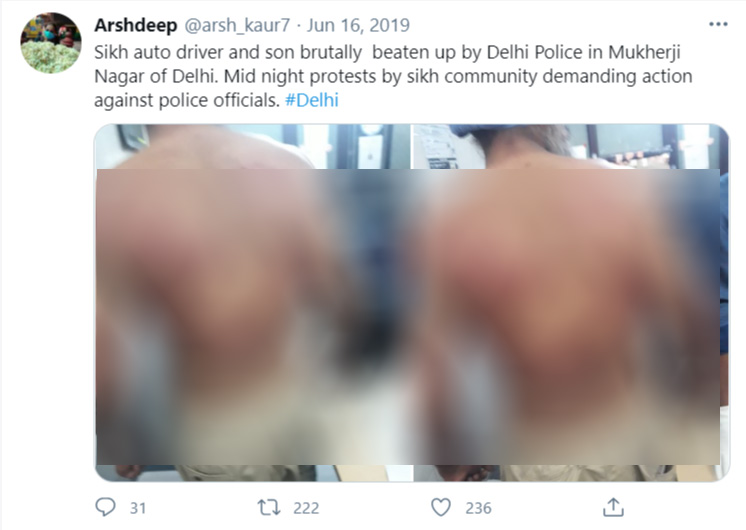 Based on this, we ran a search and found a report by NDTV dated July 25, 2019, stating that two Delhi Police constables were dismissed from service for “unprofessional behaviour” following the assault on Sikh tempo driver being thrashed in Mukherjee Nagar area.

The report also mentioned that the incident took place on June 16, 2019. 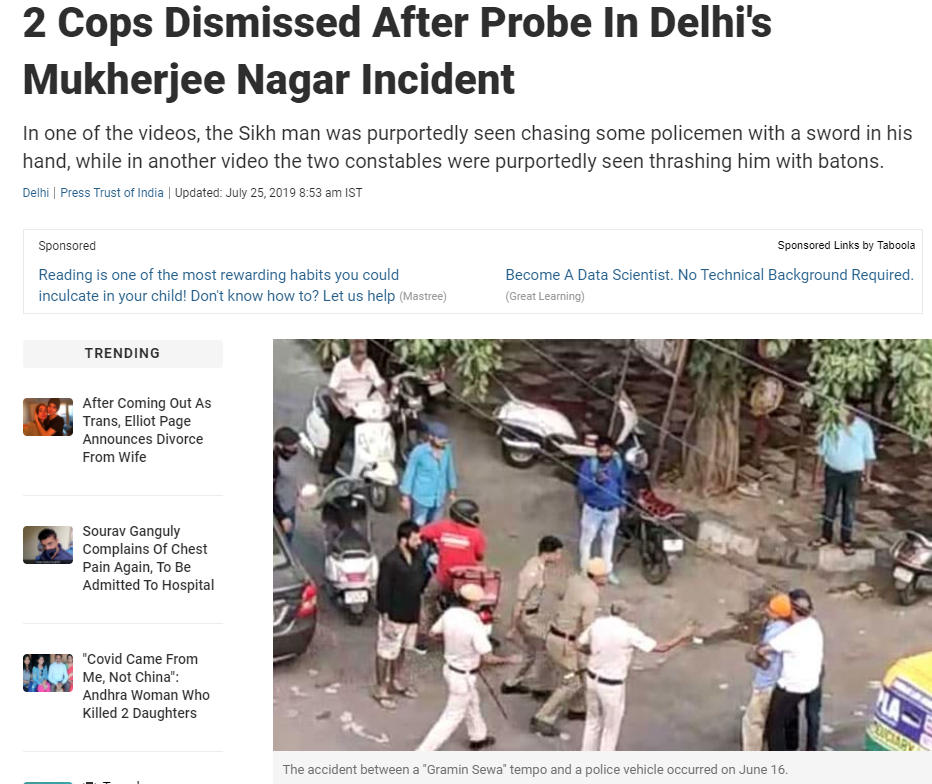 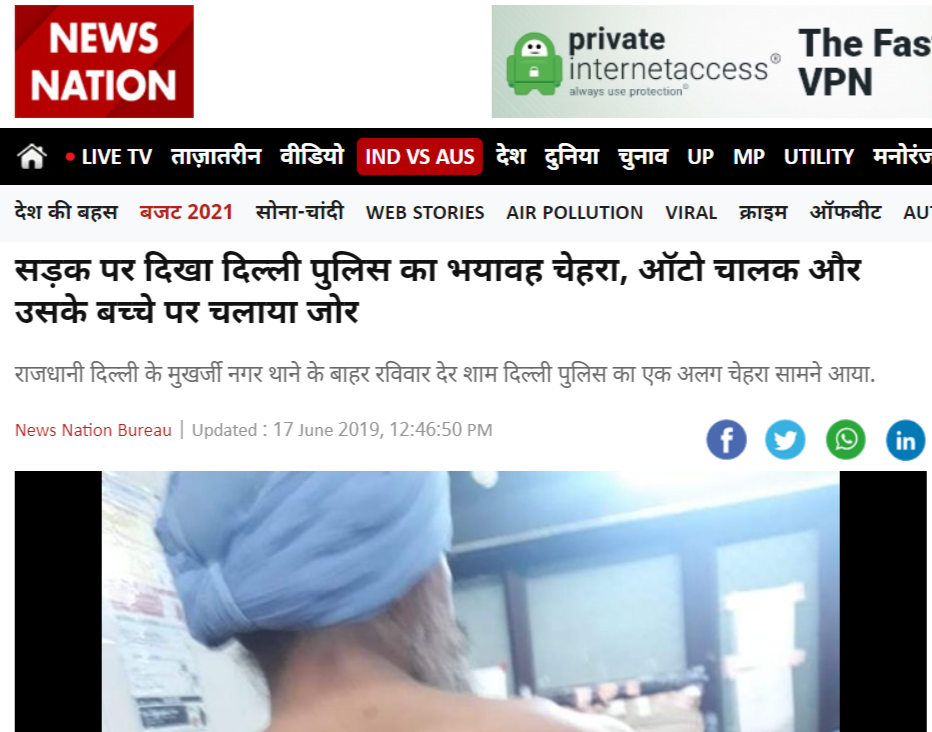 We also found a tweet by Delhi CM Arvind Kejriwal on the same incident.

“Delhi Police brutality in Mukherjee Nagar is highly condemnanble and unjustified. I demand an impartial probe into the whole incident & strict action against the guilty. Protectors of citizens can’t be allowed to turn into uncontrolled violent mobsters,” the tweet dated June 17, 2019, read. 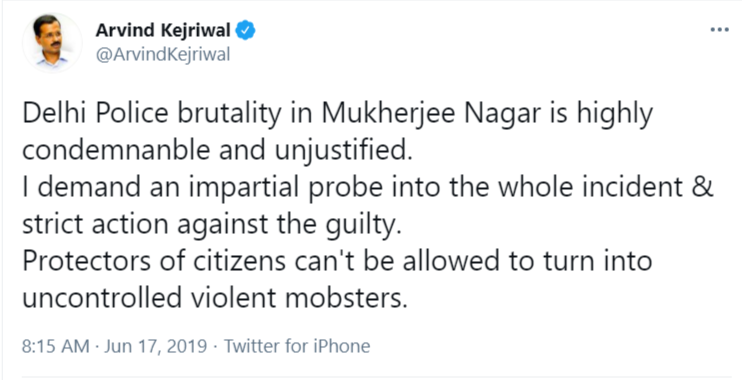 Hence, from the above information, it is clear that the picture in circulation is from 2019 and not related to the ongoing farmers’ protest.