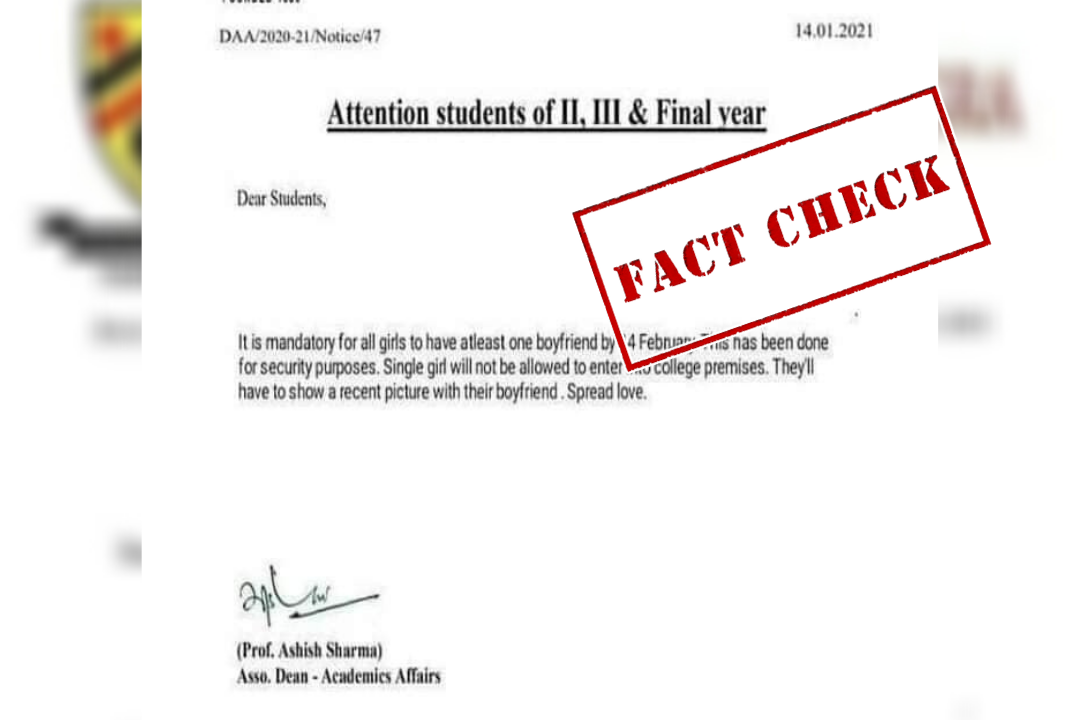 Agra-based St John’s College circular with a never-heard-before diktat is doing rounds on the net.

The document reads, “It is mandatory for all girls to have at least one boyfriend by 14 February. This has been done for security purposes. A single girl would not be allowed to enter into college premises. They’ll have to show a recent picture with their boyfriends.”

(Translation- If you go to school on February 14, you won’t get permission to enter unless your boyfriend is with you because it’s Valentines Day. What will such schools teach on that day)

Find the above post here.
More posts here and here.

We carefully examined the document and found that there were some discrepancies in the circular.

The first red flag was that different fonts were used in the Circular. 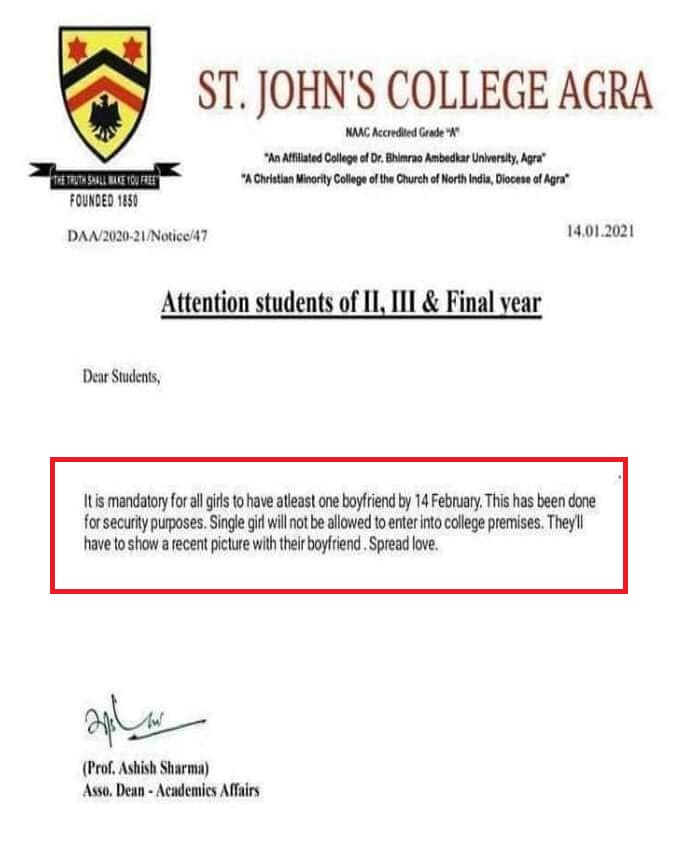 When we used some keywords and did a Google image search, we found a report by The Free Press Journal, dated January 26, 2021. The headline of the report read, ‘Agra college asks girls to get a boyfriend before Valentine’s Day; principal rubbishes report’. 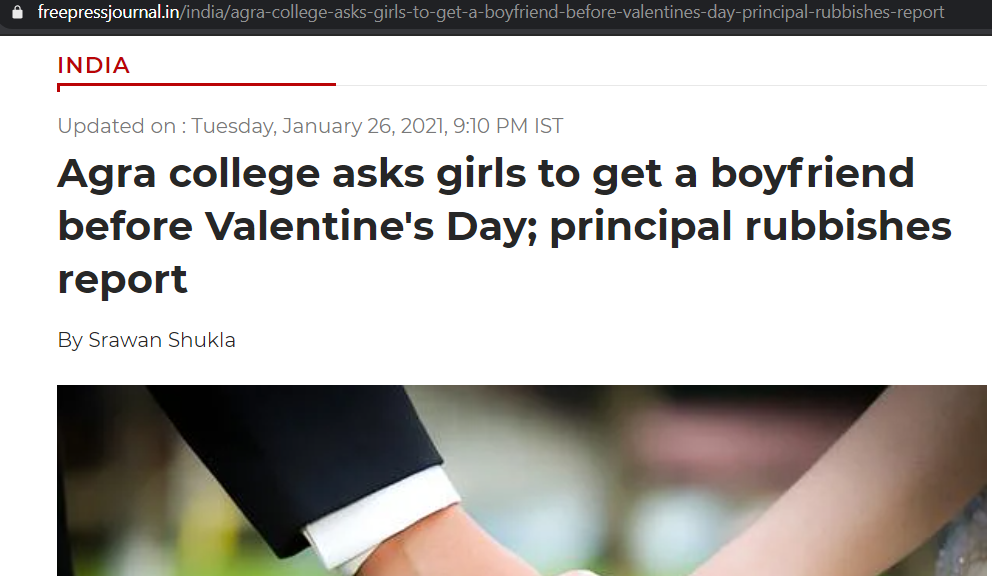 We further checked the Notices and Highlights section on the college’s website but did not find anything remotely close to the circular.

We then contacted St. John’s College Principal Dr SP Singh for clarification. He confirmed to NewsMobile that the letter is fake and the college is filing an FIR against those responsible for this mischief.

St. John’s College, Agra, was established in 1850 by the Church Missionary Society of England. The first Principal of the College The Rev. Thomas Valpy French was an alumnus of Oxford University.

Hence, our investigation proves that the circular is fake and no such announcement has been made by the college.