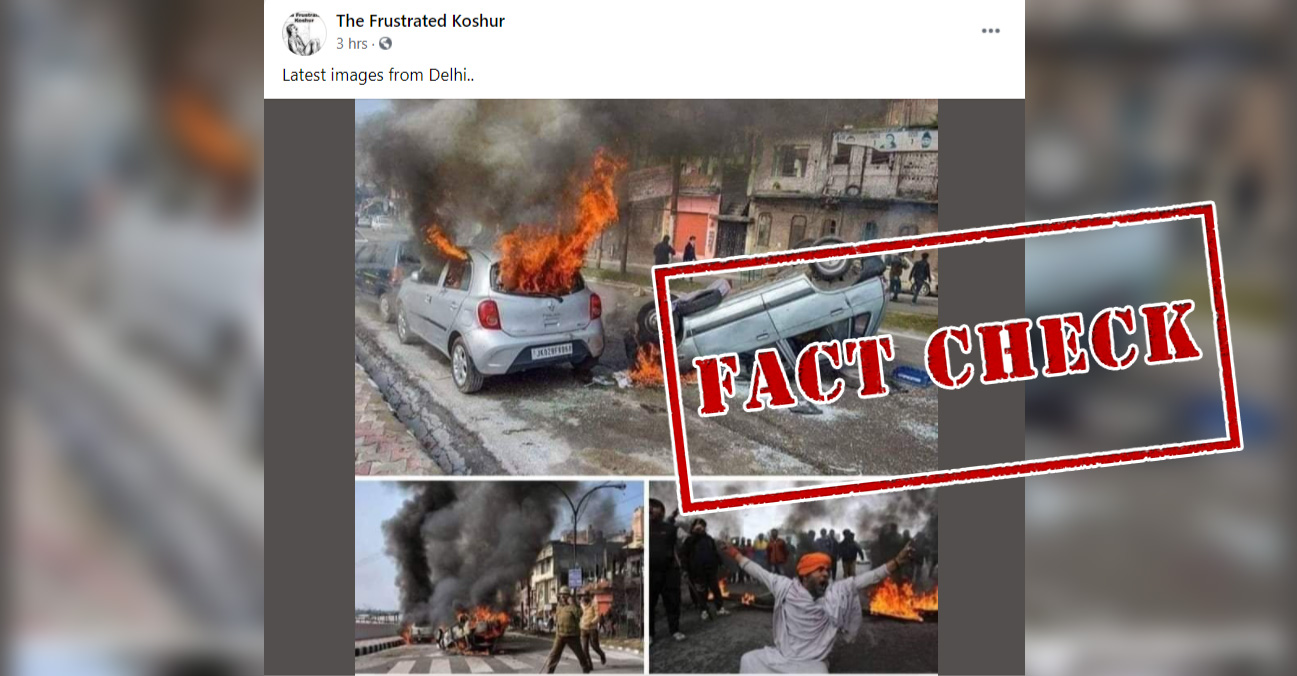 Following the ruckus at Red Fort on January 26, 2021, after farmers clashed with Delhi Police personnel, few pictures of cars on fire are being shared on social media claiming that these are latest pictures from Delhi. 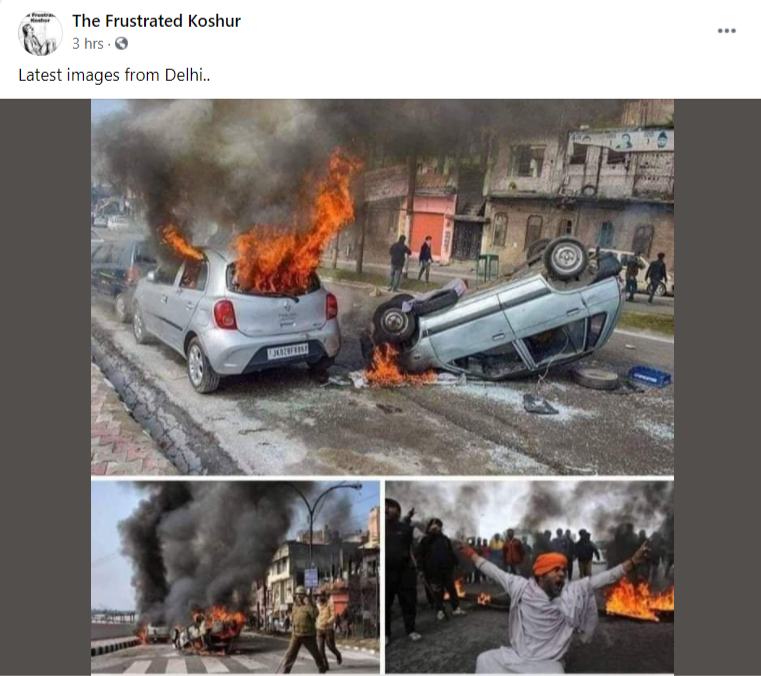 We cropped the pictures and searched them individually and found that all the pictures in circulation are old.

We put the pictures through Reverse Image search and found both the pictures in an article by The Quint published on February 15, 2019.

“A Day After Pulwama Attack, Protests & Curfew Grip Parts of Jammu,” the headline of the article read. 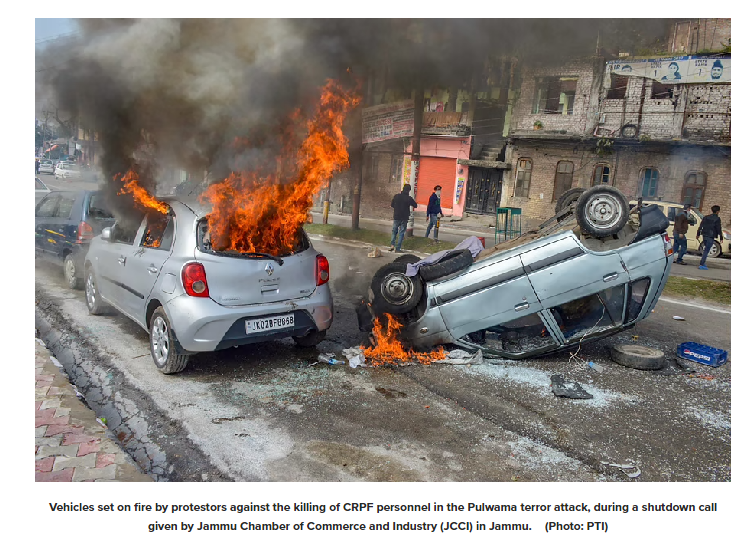 The description of the first picture read: Vehicles set on fire by protestors against the killing of CRPF personnel in the Pulwama terror attack, during a shutdown call given by Jammu Chamber of Commerce and Industry (JCCI) in Jammu. (Photo: PTI) 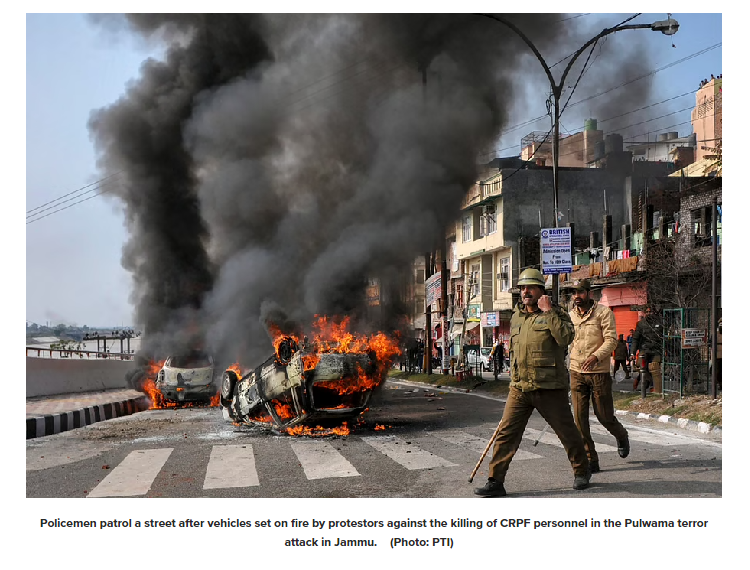 Whereas, the caption of the second picture read: Policemen patrol a street after vehicles set on fire by protestors against the killing of CRPF personnel in the Pulwama terror attack in Jammu. (Photo: PTI)

This proves that both the picture are old and from Jammu.

On putting the third image through Reverse Image Search, we found the picture in a 2019 article by ABC News.

“A protestor shouts slogans against Thursday’s attack on a paramilitary convoy, in Jammu, India, Friday, Feb.15, 2019. The death toll from a car bombing on the paramilitary convoy in Indian-controlled Kashmir has climbed at least 40, becoming the single deadliest attack in the divided region’s volatile history, security officials said Friday. ()(AP: Channi Anand), ” the picture was captioned. 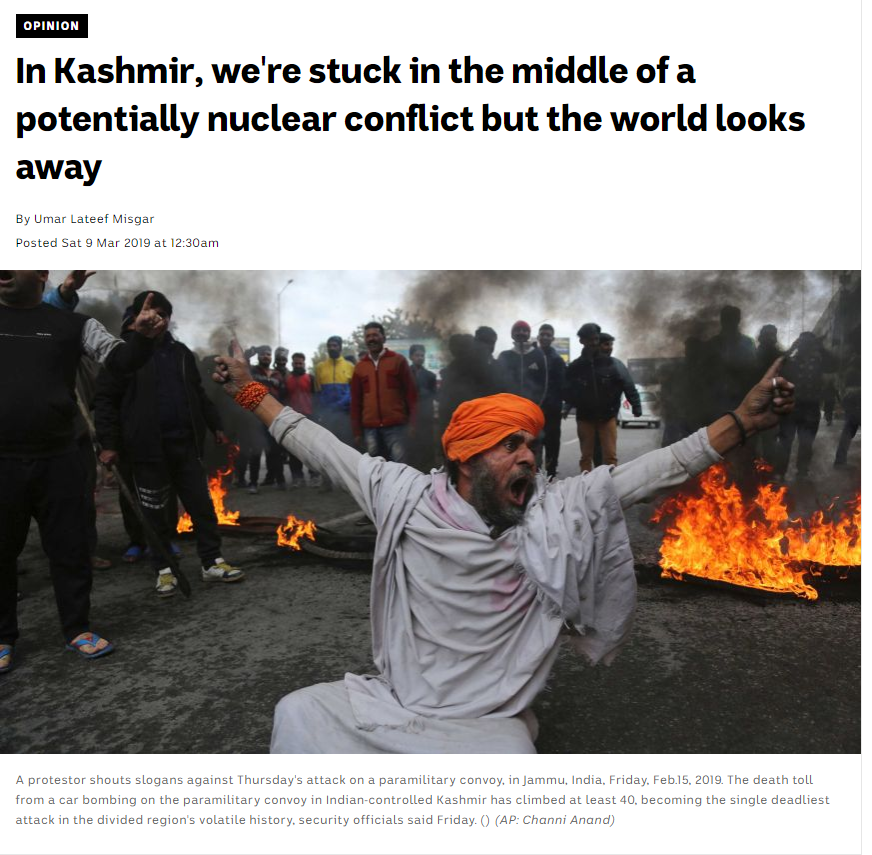 Since the picture was credited to Associated Press, we checked their website and found the original image. As per the picture description, it was taken on February 15, 2019.

This proves that all the pictures are from Jammu after the Pulwama terror attack where a total of 40 CRPF jawans were killed in a powerful IED blast.

This proves that the pictures are being circulated with a false and misleading claim.