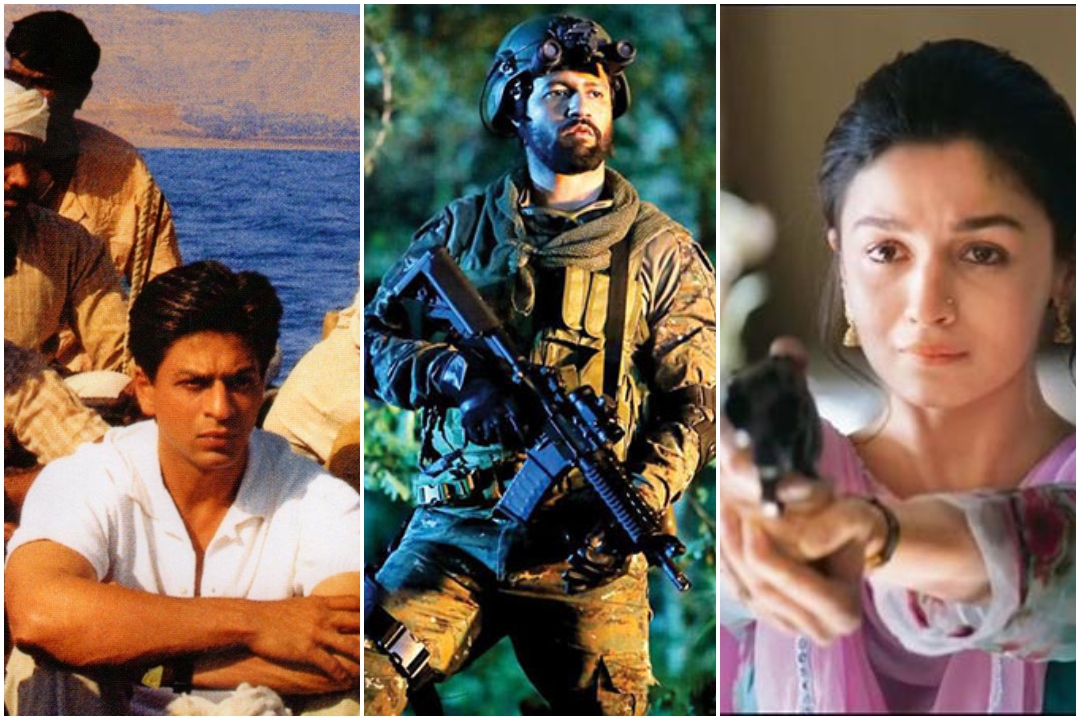 Republic day in India is not only a day to remember when India’s‘s constitution came into force on 26 January 1950 but folks it’s also a gazetted holiday for all the Indians!

Here’s a list of some Bollywood patriotic movies that one can watch during Republic Day 2020 weekend:

Directed by JP Dutta, Border will still top the charts, when it comes to a film that can fill your heart with pride and patriotism. Starring Sunny Deol, Akshaye Khanna, Jackie Shroff, and Puneet Issar, the movie is based on the battle of Longewala, which was fought during the Indo-Pak war of 1971.

Starring Vicky Kaushal in the lead role, the movie was one of 2019’s best releases. Directed by Aditya Dhar, the flick is based on the 2016 surgical strikes that were conducted against militant launch pads by the Indian Army across the LOC in Pakistani-administered Kashmir.

Parmanu: The Story of Pokhran

Directed by Abhishek Sharma, Parmanu: The Story of Pokhran stars John Abraham in the lead role with Diana Penty and Boman Irani in supporting roles. The movie is one of the must-watch Bollywood patriotic movies on Republic Day 2020

Raazi is a must-watch for all the Alia Bhatt fans out there. Helmed by Meghna Gulzar, the movie narrates a spellbinding tale of a spy’s daughter who marries into a Pakistani military family to relay sensitive information. Based on the book Calling Sehmat, the movie was one of the most appreciated 2019 releases.

If you are a sports fanatic and you enjoy watching Hockey, then this Akshay Kumar starrer is a must-watch for you. Based on India’s journey to win its first Olympic gold medal as an independent nation, the flick is directed by Reema Kagti. Along with Akshay, the movie also stars Mouni Roy, Amit Sadh and Kunal Kapoor in key roles.

A film that every millennial has seen at least once in their life, this Hrithik Roshan, Pretty Zinta starrer is directed by Farhan Akhtar. The movie chronicles around the transformation of a young lazy boy, who joins the Indian army and becomes a responsible army officer. Showcasing how the protagonist finds his purpose in life, this movie is definitely a January 26 must-watch.

Starring Shah Rukh Khan in the pivotal role, Chak De India tells the story of a dishonoured hockey coach who leads a Hockey team to victory by teaching them all about team work and unity.

The film directed by Rakeysh Omprakash Mehra and featuring actors like Aamir Khan, Soha Ali Khan, R. Madhavan, showcased the story of rebellious youngsters who sacrificed their lives while fighting for their friend and taught an important lesson to the society.

An all-time classic film that went on to become one of the top five films at the Oscars in the Foreign Language category, Lagaan is a movie that can generate intense patriotic sentiment even today. Starring Aamir Khan in the lead role, the movie succeeded in igniting the patriotic spark amongst Indians, especially with its iconic nail-biting cricket match.

Republic Day would be incomplete with a Shah Rukh Khan film, and what’s better than his 2004 movie Swades. Essaying the role of a NASA scientist who rediscovers his roots, the movie was directed by Ashutosh Gowarikar and it still stands tall as one of the most iconic patriotic films in SRK’s film career.