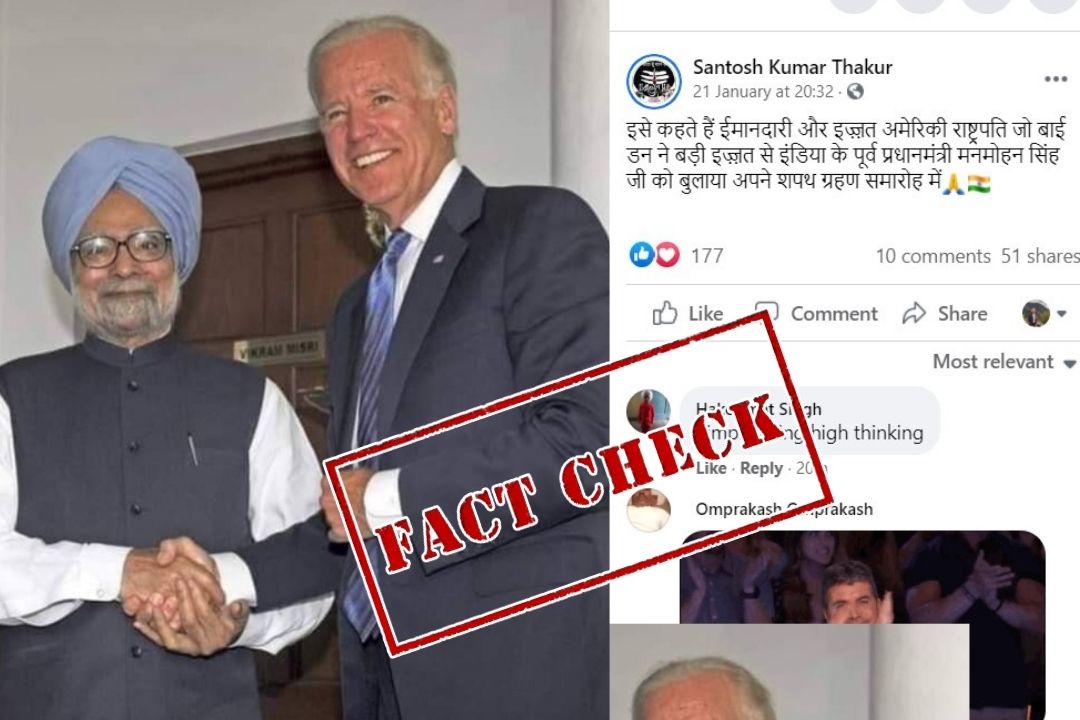 A picture of India’s former Prime Minister Manmohan Singh with US President Joe Biden is being shared on social media claiming that the new US President invited the former PM of India to his oath-taking ceremony. 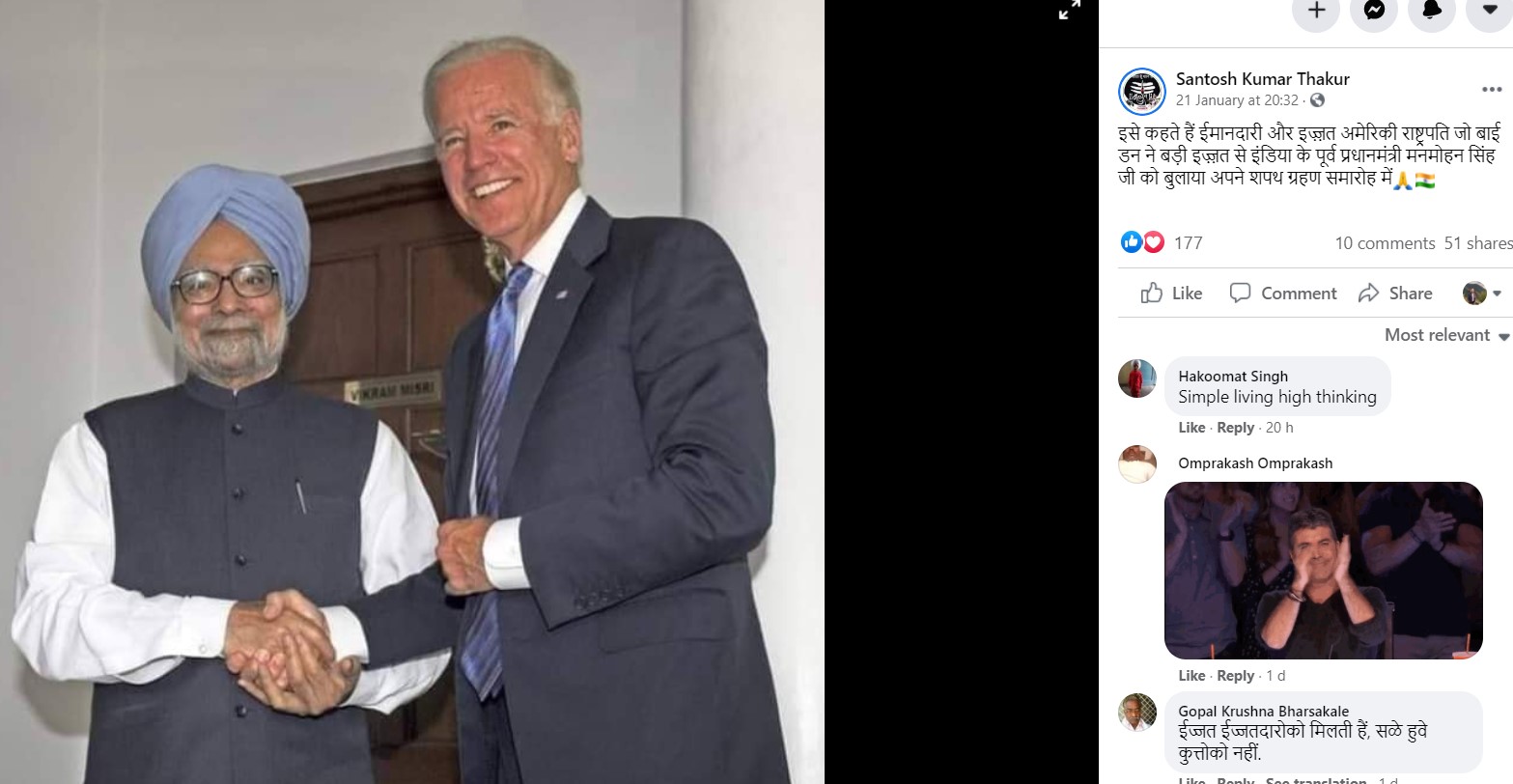 Here’s the link to the above post. You can check similar posts here, here and here.

We ran a Reverse Image Search of the picture and found the same picture, dated July 23, 2013, in an article by The Diplomat with the caption, “The Vice President of the United States of America Joe Biden, met Prime Minister, Dr. Manmohan Singh in New Delhi on July 23, 2013.” 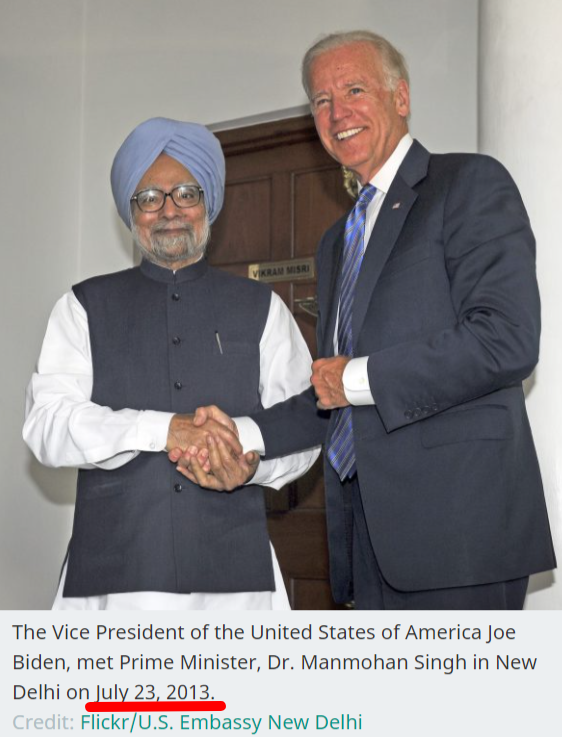 We found the same picture in another news article by SME Times, dated July 24, 2013, with the caption, “The Prime Minister, Manmohan Singh meeting the Vice President of the United States of America, Joseph R. Biden Jr., in New Delhi on July 23, 2013.”

According to the article, ‘India and the US discussed ways to enhance economic cooperation and implementation of the civil nuclear deal that is stuck in commercial negotiations, among other issues, as visiting US Vice President Joe Biden and Prime Minister Manmohan Singh met in New Delhi Tuesday’.

From the above information, it is clear that the picture was taken on July 23, 2013, when the then Vice-President of US, Joe Biden came to India and met former PM Manmohan Singh.

Moreover, we did not find any media reports about Singh attending the Biden’s swearing-in ceremony, as if an Indian leader were invited to an American president’s inauguration, it would have received widespread media coverage.

Therefore, we can say that the claim being made with the picture is false.