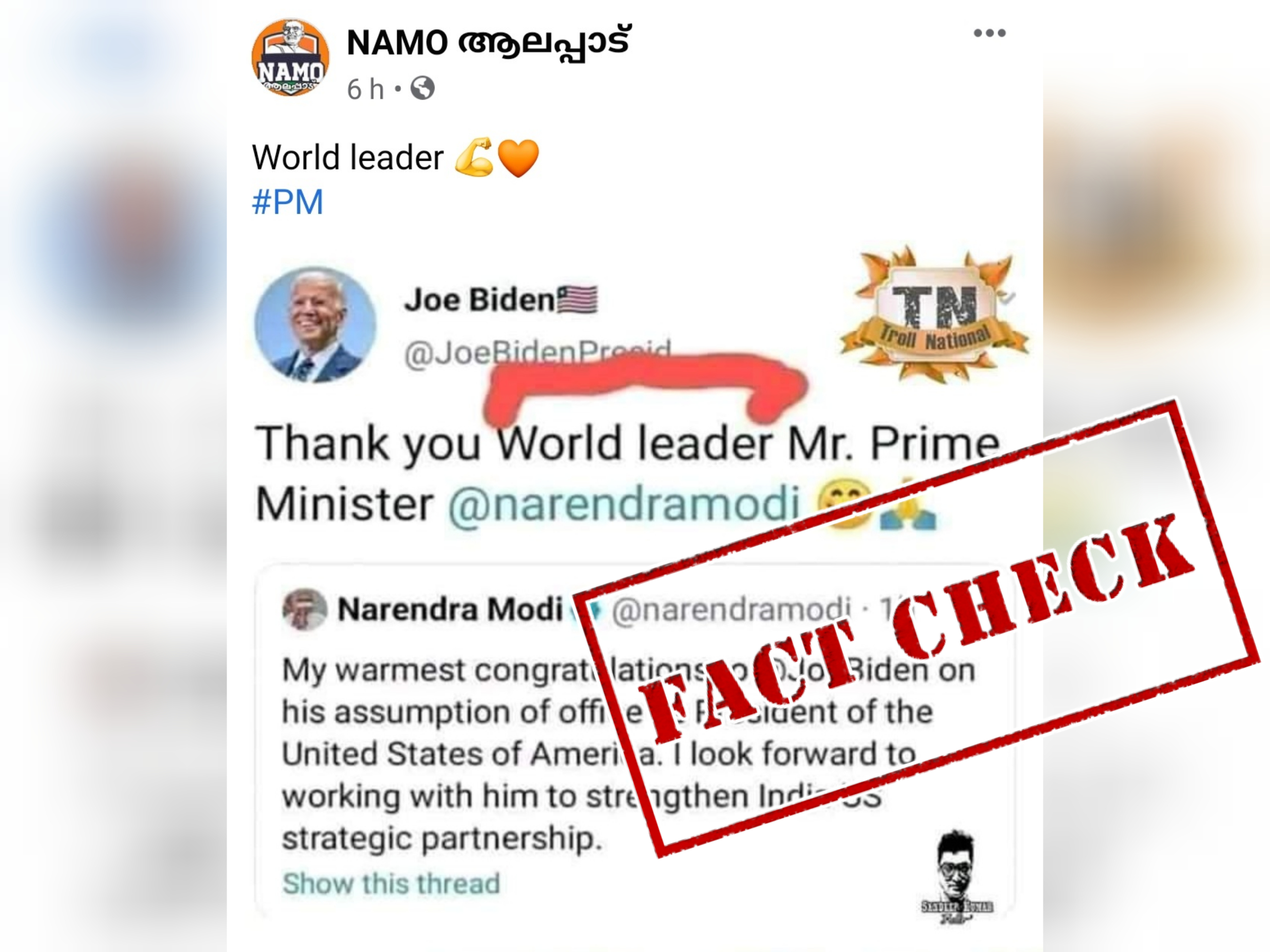 A picture containing a tweet claimed to be posted by US President Joe Biden calling PM Modi ‘world leader’ is going viral on social media. 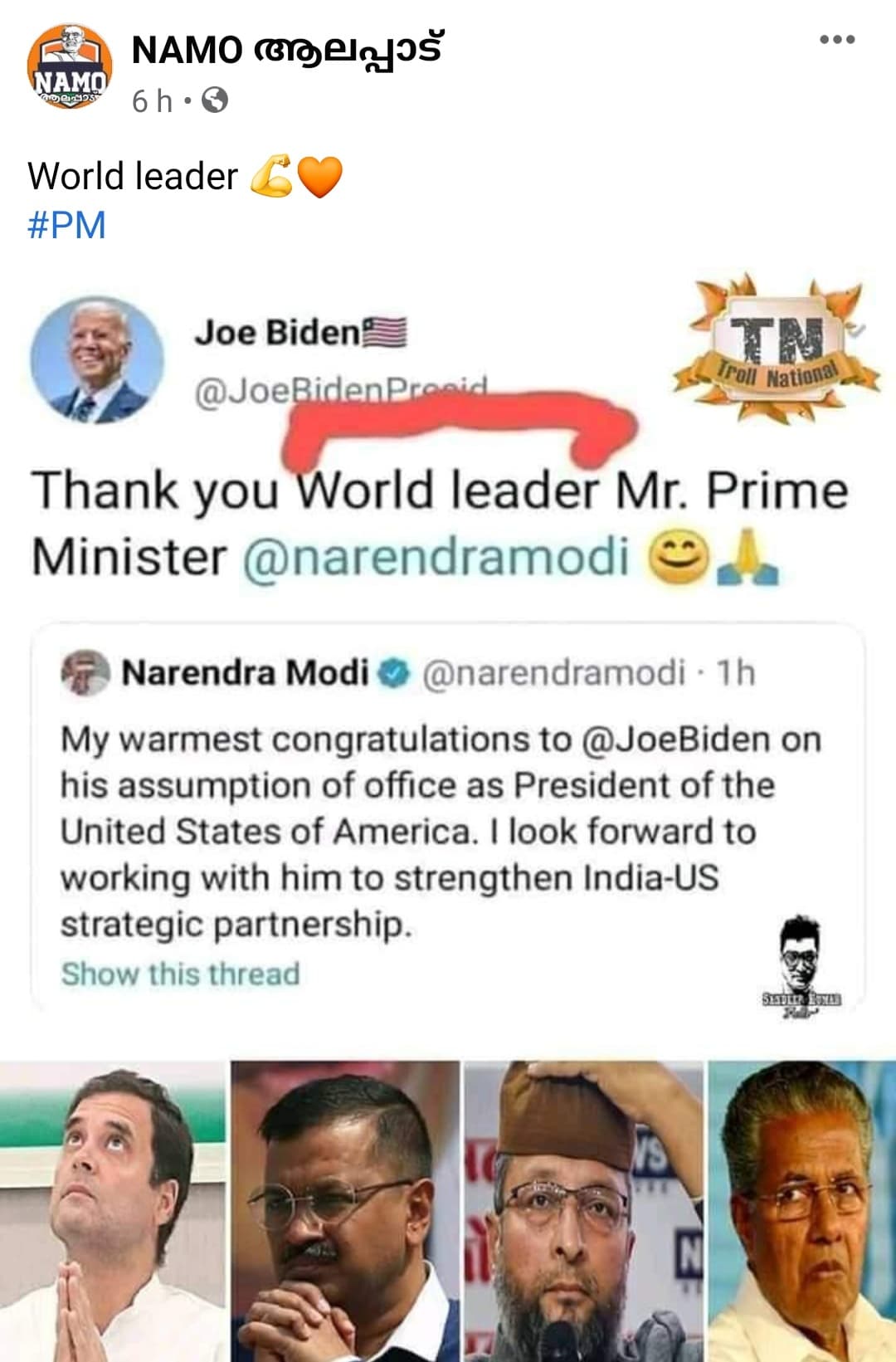 More posts containing the viral tweet can be found here and here. 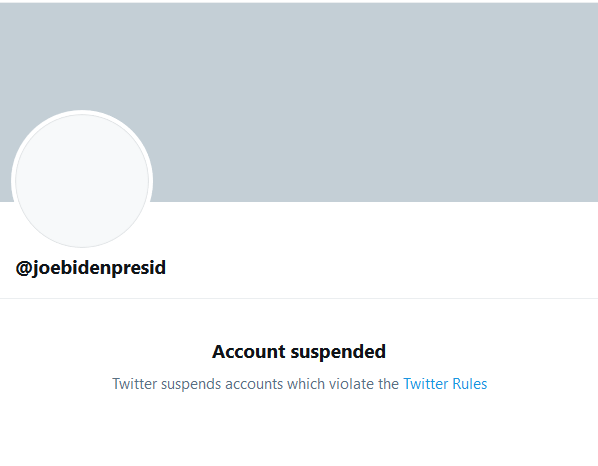 We then searched Joe Biden’s official Twitter handles but could not find any tweet in which he calls PM Modi ‘world leader’.

Here are the screenshots of US President Joe Biden’s official Verified Twitter handles: 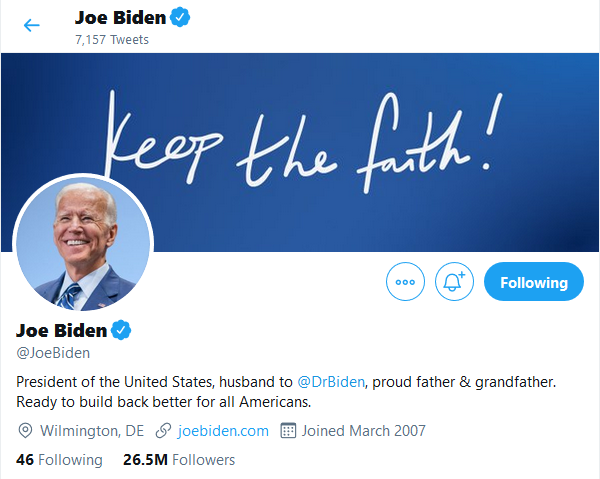 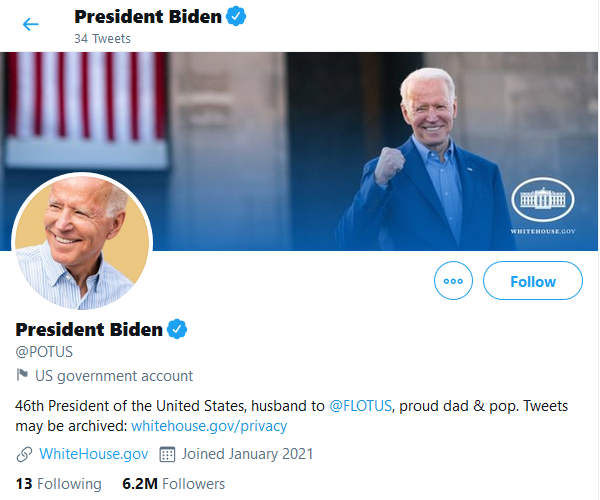 Moreover, we also ran a keyword search but did not find any media report that would support the claim.

Hence, based on the above information, it is clear that the post is false and misleading and the tweet was not posted from the official handle of US president Joe Biden.