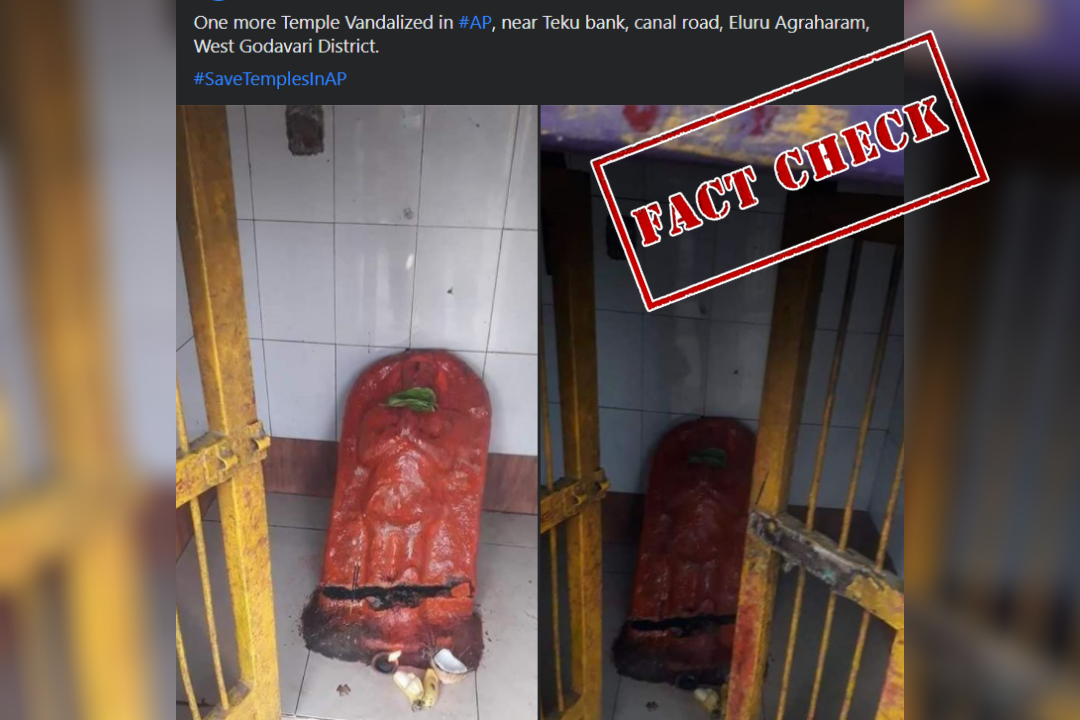 Several posts are being circulated online with a claim that some miscreants vandalized Hanuman temple in Eluru, Andhra Pradesh. 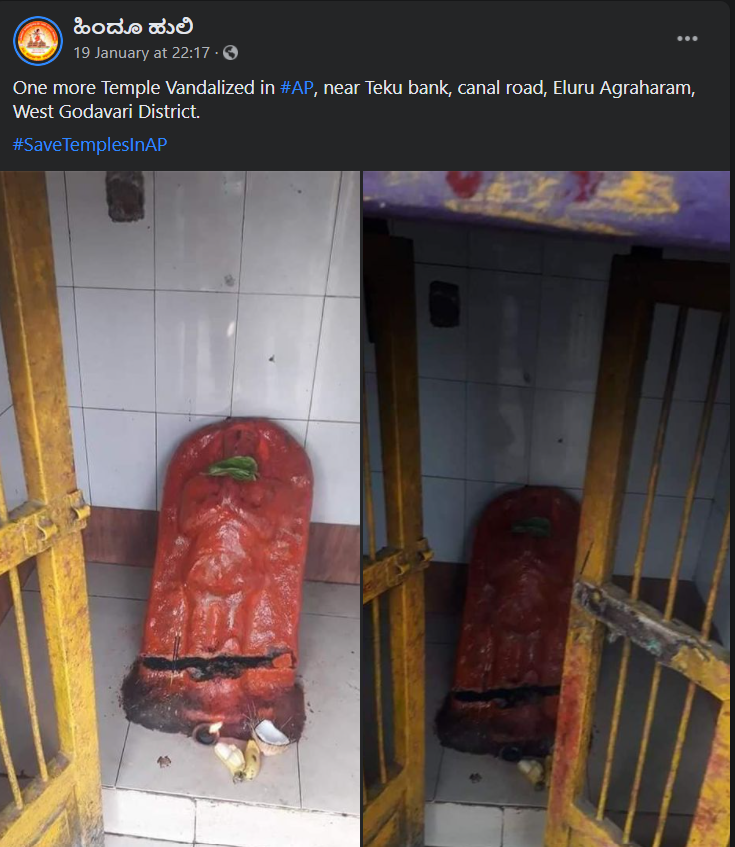 West Godavari Police took to Twitter to inform people that the said incident took place in 2014. The tweet, posted on January 19, 2020, explained that a case was registered against the culprit, Peraka Venkateswara Rao, who was incarcerated for 8 months.

In another tweet, West Godavari Police posted some pictures of the temple to prove that no incident of vandalisation has taken place recently.

It came to our notice that some persons on social media are using this 2014 incident as propaganda material for spreading fake news. We have registered a case in Cr. No. 24/2021 U/s 153-A, 295-A IPC against such people. (2/2) @AndhraPradeshCM @AndhraPradeshHM @FactCheckAPGov pic.twitter.com/i7hmKxica3

In conclusion, the above information proves that the picture being circulated along with the claim are old.