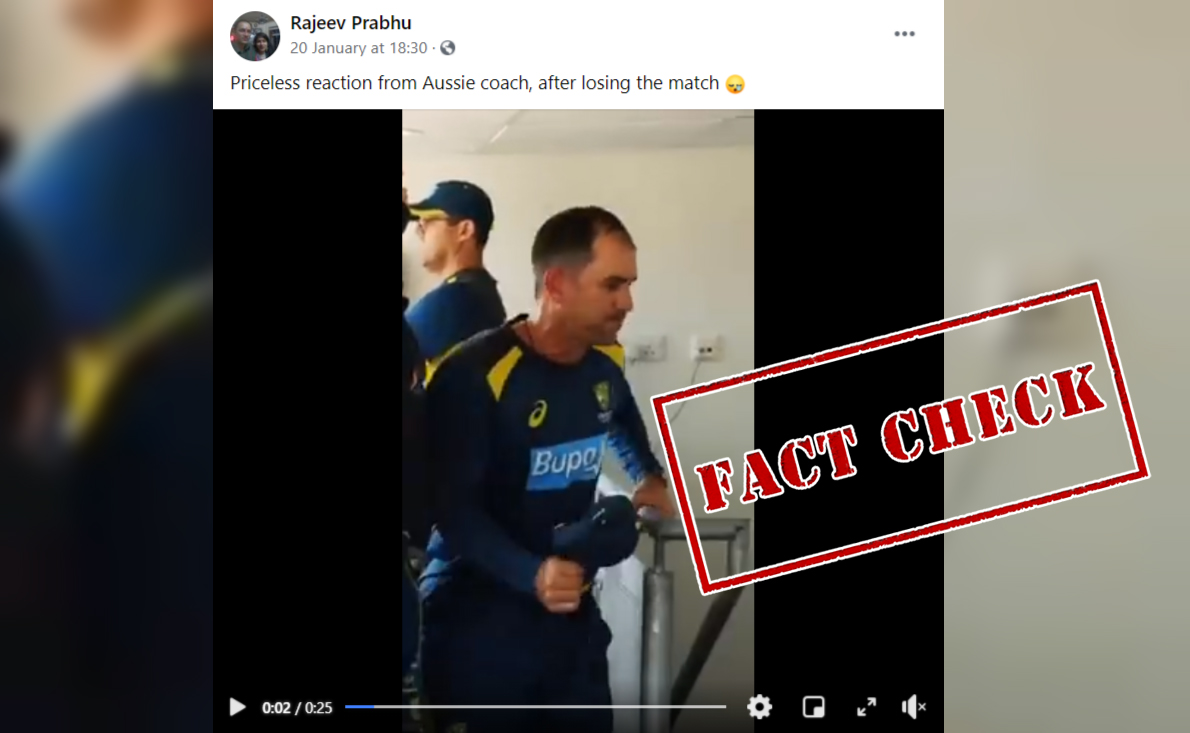 A video of Australian cricket coach Justin Langer is being shared on social media with a claim that the video was taken after India’s historic victory at the Brisbane Cricket Ground (Gabba). 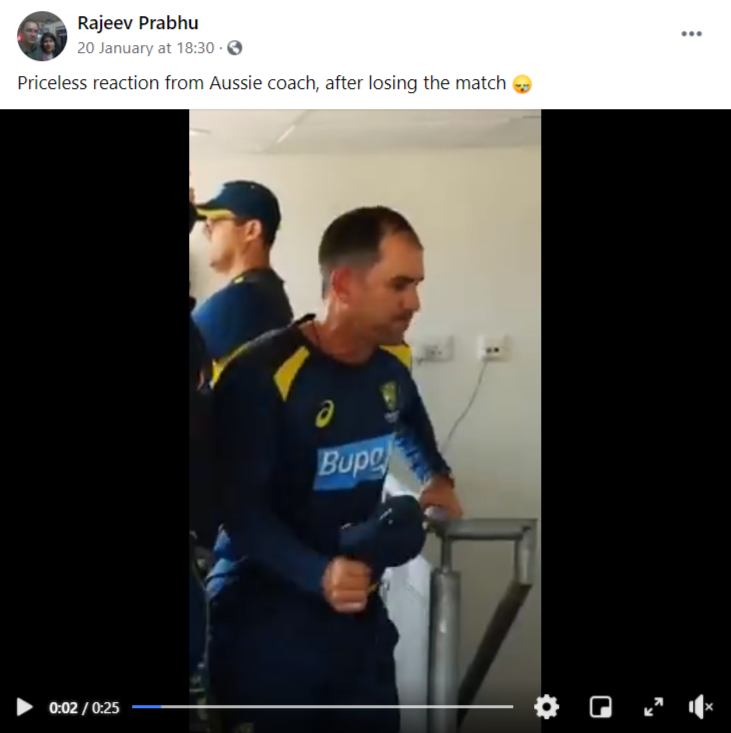 We ran a keyword search using ‘Australian coach angry’ and found a video dated November 24, 2020, which had the same clip. “Australian players reaction after getting out in dressing room PART 2 #justinlangerangry #cricket,” the title of the video read.

The viral video can be seen at 1:51 time code of the video.

However, while carefully examining the video, we noticed an information plate at the beginning of the scene at 1:43 time code.

“The Test: A New Era for Australia’s Tea…” the text on the slide read. The slide had another text reading, ‘A New legacy’. 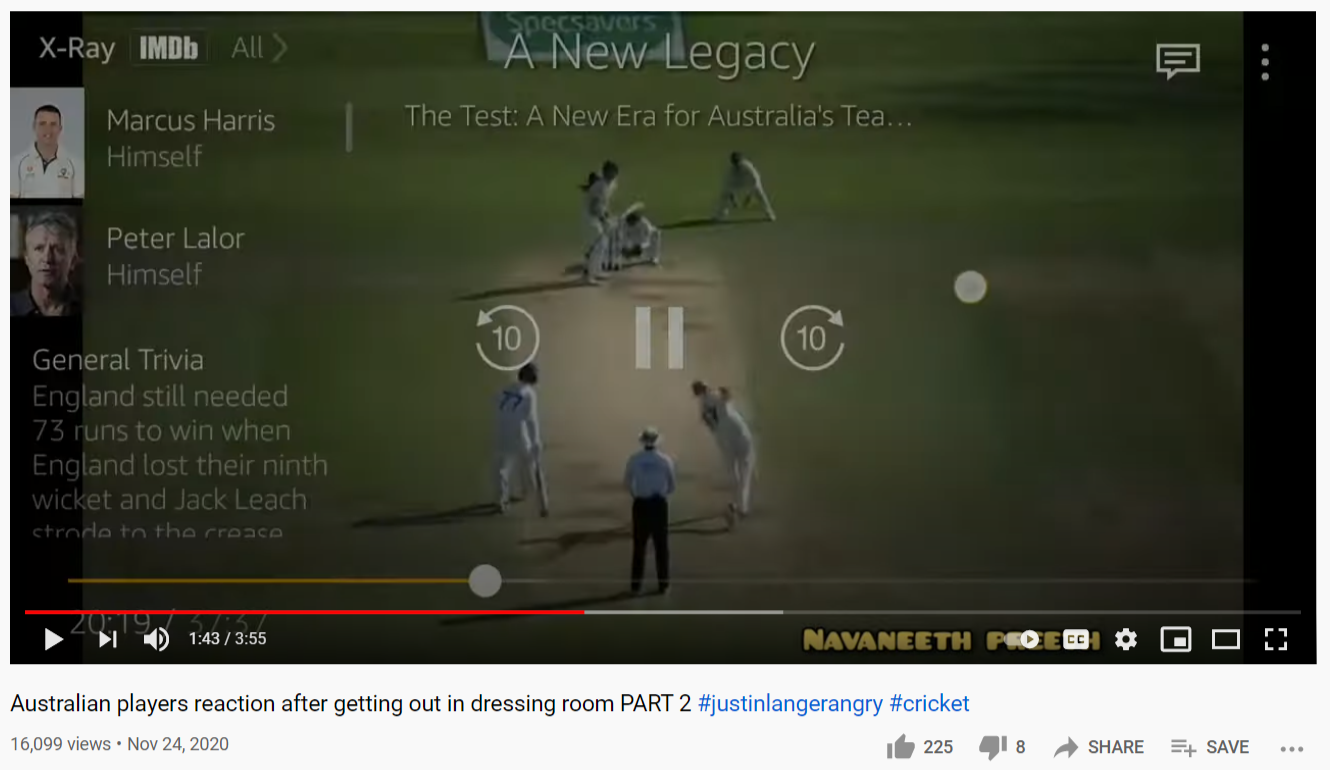 We then ran a keyword search based on it and found that it is a documentary series, which captured the behind the scenes of the Australian cricket team. The series is being featured on Amazon Prime.

We also found that ‘A New Legacy’ is the 8th episode of the series and the viral clip can be seen at the 20:29 min of the 58 min episode.

Moreover, we also found that the same clip was tweeted by Amazon Prime Video Sport on March 22, 2020.

The tweet read: “Could be a run out… oh he’s fumbled! Lyon has fumbled!” @nassercricket There is nothing quite like the drama of The Ashes. Behind the scenes with @CricketAus, we saw everything. Watch now on #PrimeVideo…”

“Could be a run out… oh he’s fumbled! Lyon has fumbled!” – @nassercricket

There is nothing quite like the drama of The Ashes. Behind the scenes with @CricketAus, we saw everything.

Hence, from the above fact check, it is clear that the video in circulation is not recent and has nothing to do with the Indian team.