A newspaper clipping, with a claim that Yogi Adityanath government in Uttar Pradesh has introduced 6 per cent Goods and Services Tax (GST) on Sunday Church Mass offertory money, is doing the rounds on the internet.

The headline of the report reads, “BJP Govt. in UP introduces 6% on the Sunday Church Mass offertory money, New Law passed in U.P” 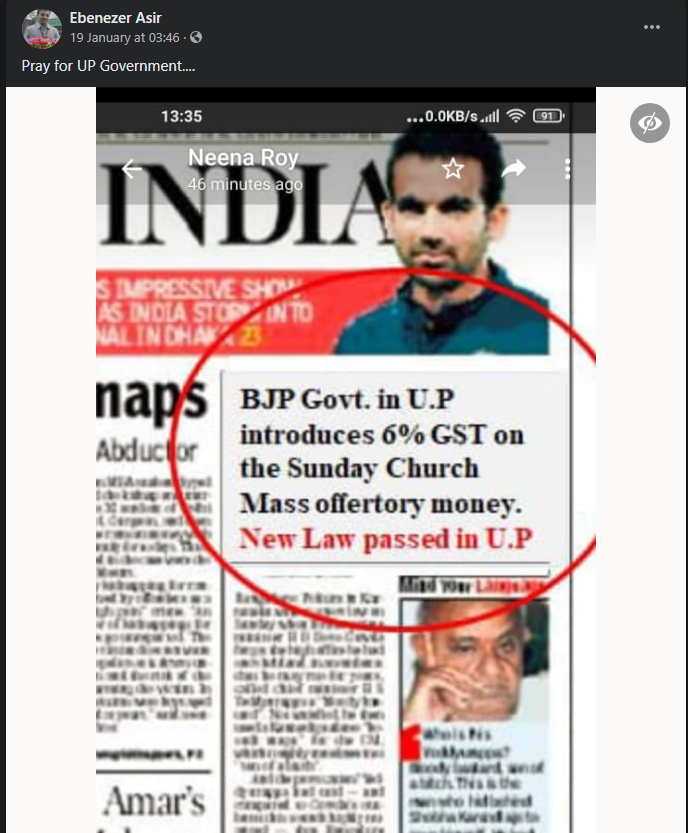 Similar posts can be seen here, here and here.

Our investigation started with examining the headline in question closely. We found that the font was different from all other headlines.

On putting the picture through Reverse Image Search, we found another version of the clipping which showed the entire front page of the newspaper. 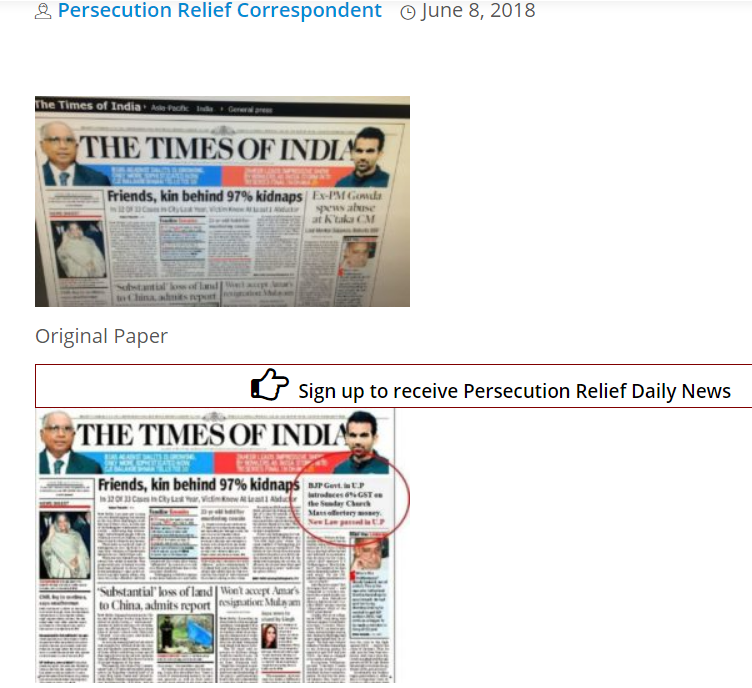 On putting the headline of the lead story through Google Search, we found that the story was published on January 11, 2010.

We found that the archive of that particular newspaper did not carry any such story on January 11, 2010.

With relevant keywords, we found the national daily The Times of India’s e-paper version dated January 11, 2010. The headline in the original clipping read, “Ex-PM Gowda spews abuse at K’taka CM”. 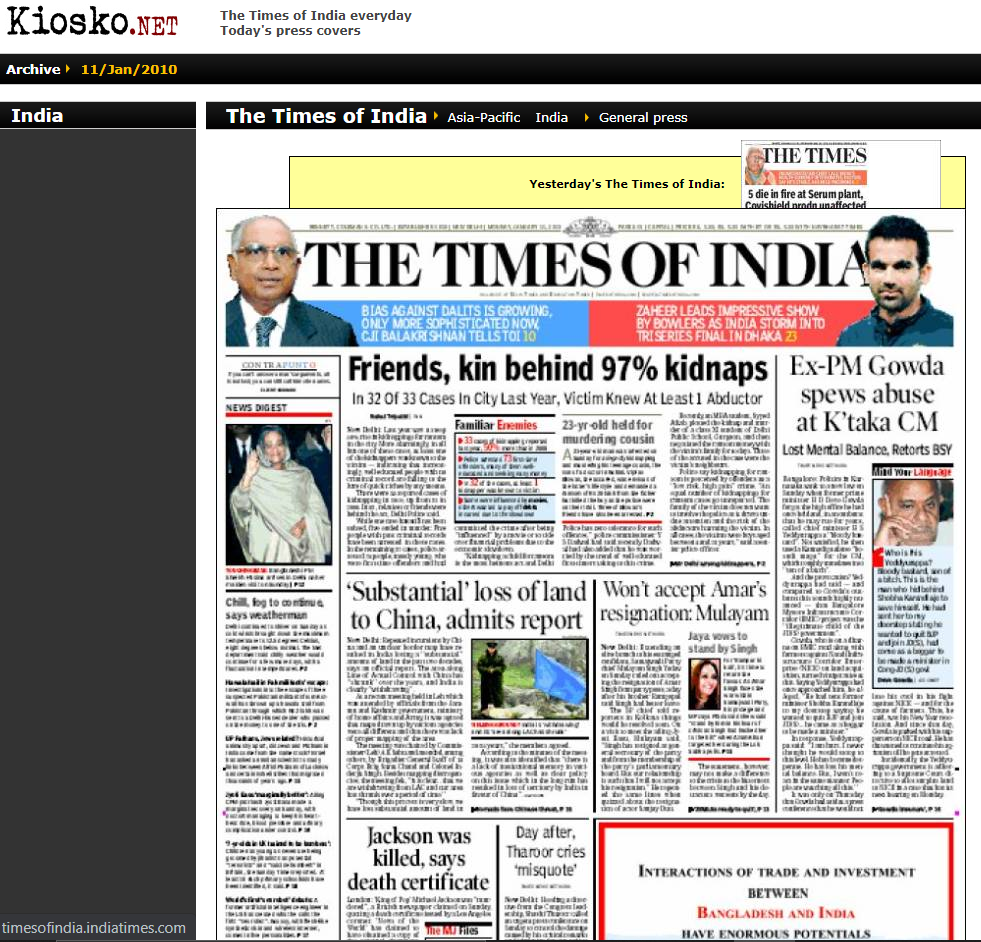 Additionally, GST came into effect on July 1, 2017, whereas the newspaper clipping is from 2010, much before the government enacted the law.

No information or media report could be found regarding the UP government introducing 6% GST on Sunday Church Mass offertory money recently.

Therefore, after going through the above research we can now establish that the claim is fake. The newspaper clipping is edited and no such step has been taken by the UP government.