Home NM FACT CHECKER False: The Video Of The Crowd Singing Vande Mataram Is Not From... 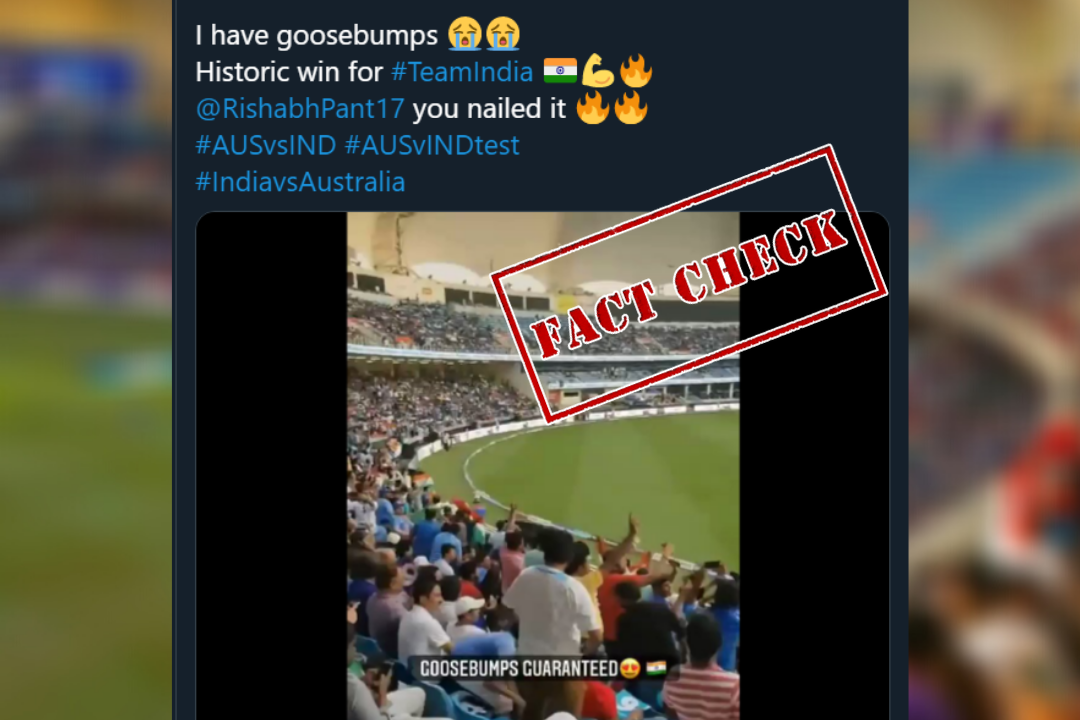 Days after the Indian cricket team’s historic win against Australia at the Brisbane Cricket Ground (The Gabba), a video of a crowd singing ‘Vande Mataram’ is doing rounds on social media. 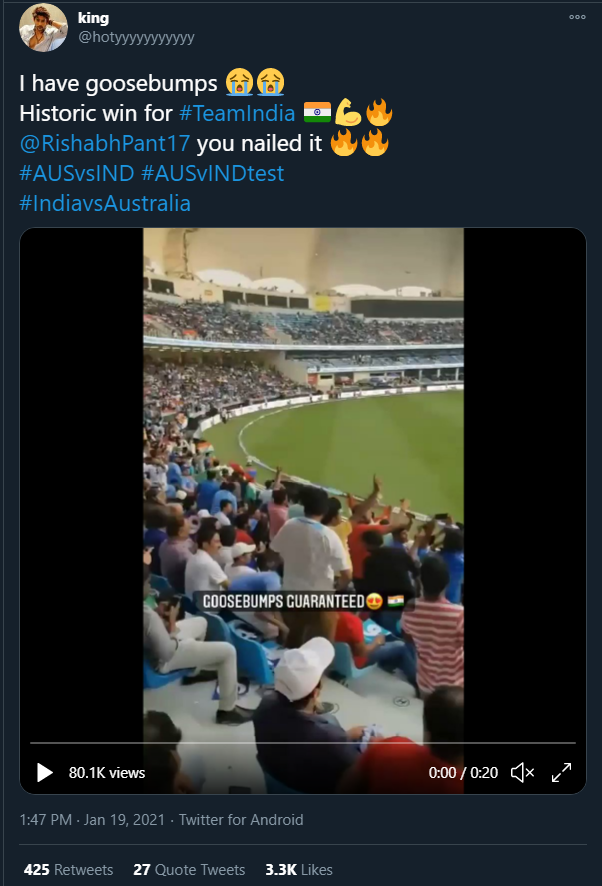 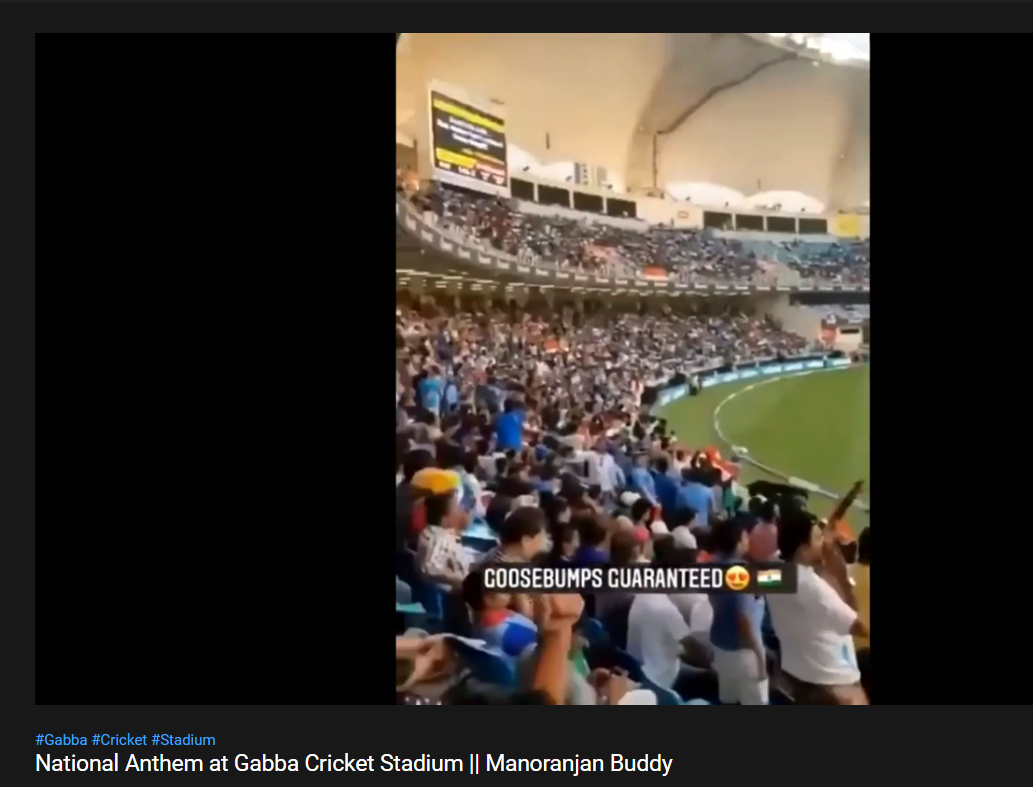 NewsMobile fact-checked the above post and found it to be misleading and false.

While going through the comment section on the post, we found some comments that suggested that the video clip was taken in Dubai.

Taking a cue from the comments, we extracted keyframes of the video and did a Reverse Image Search on the frames. The search led us to the same YouTube video uploaded on September 24, 2018.

The title of the video read, “Thousands of Indians Singing in Unity in Dubai Cricket Stadium.”

We found that Team India played against Pakistan at the Dubai International Cricket Stadium on September 23, 2018, as a part of the Asia Cup 2018.
We further examined the video and noticed that the stadium in the viral image didn’t look like the Brisbane stadium.

We compared the stadium in the viral video to Dubai’s cricket stadium and found many similarities in both the stadiums including the famous ‘Ring of Light’ structure. 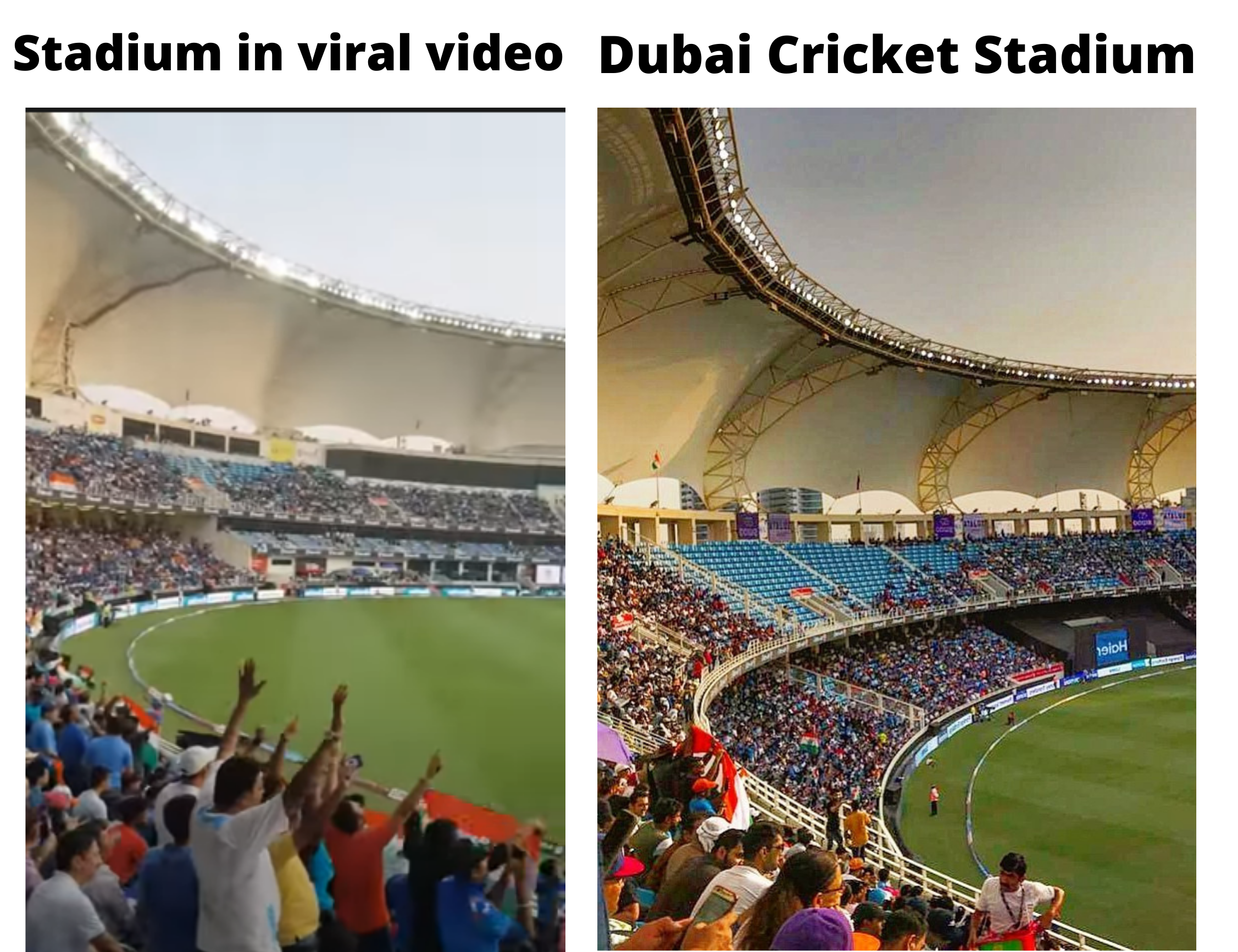 Hence the above information makes it clear that the video is OLD and not taken at the Brisbane Cricket Ground (The Gabba).