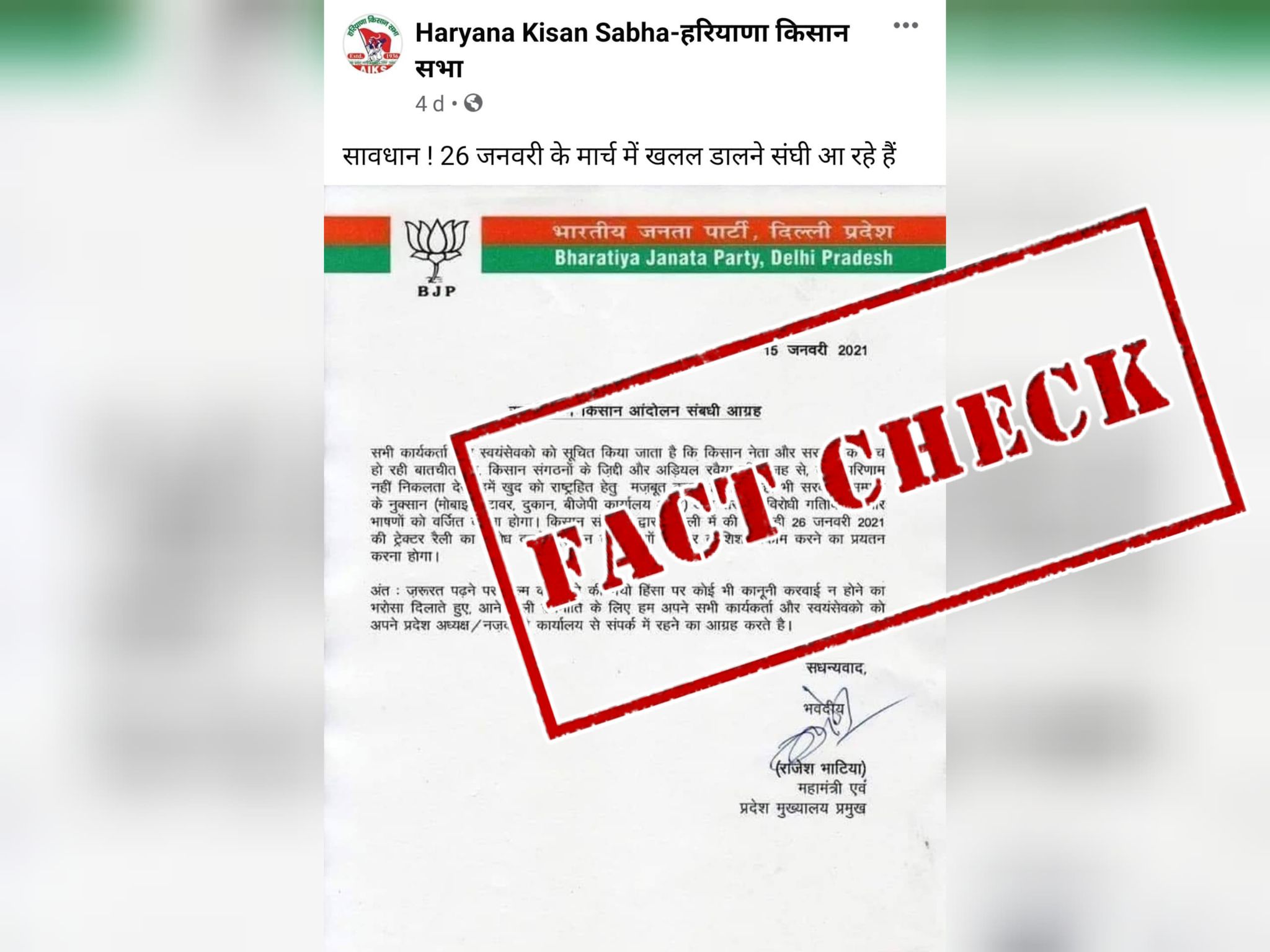 A letter attributed to Delhi BJP is going viral on social media. The letter asks BJP supporters to become violent against the protesting farmers on January 26 when they propose to take out a tractor rally.

The letter being circulated also mentions that those who get violent against the farmers will not be arrested.

“सावधान ! 26 जनवरी के मार्च में खलल डालने संघी आ रहे हैं,” a Facebook post read.
(Rough Translation of the above caption: Warning! Sanghis are coming to cause disruption in the march on 26 January) 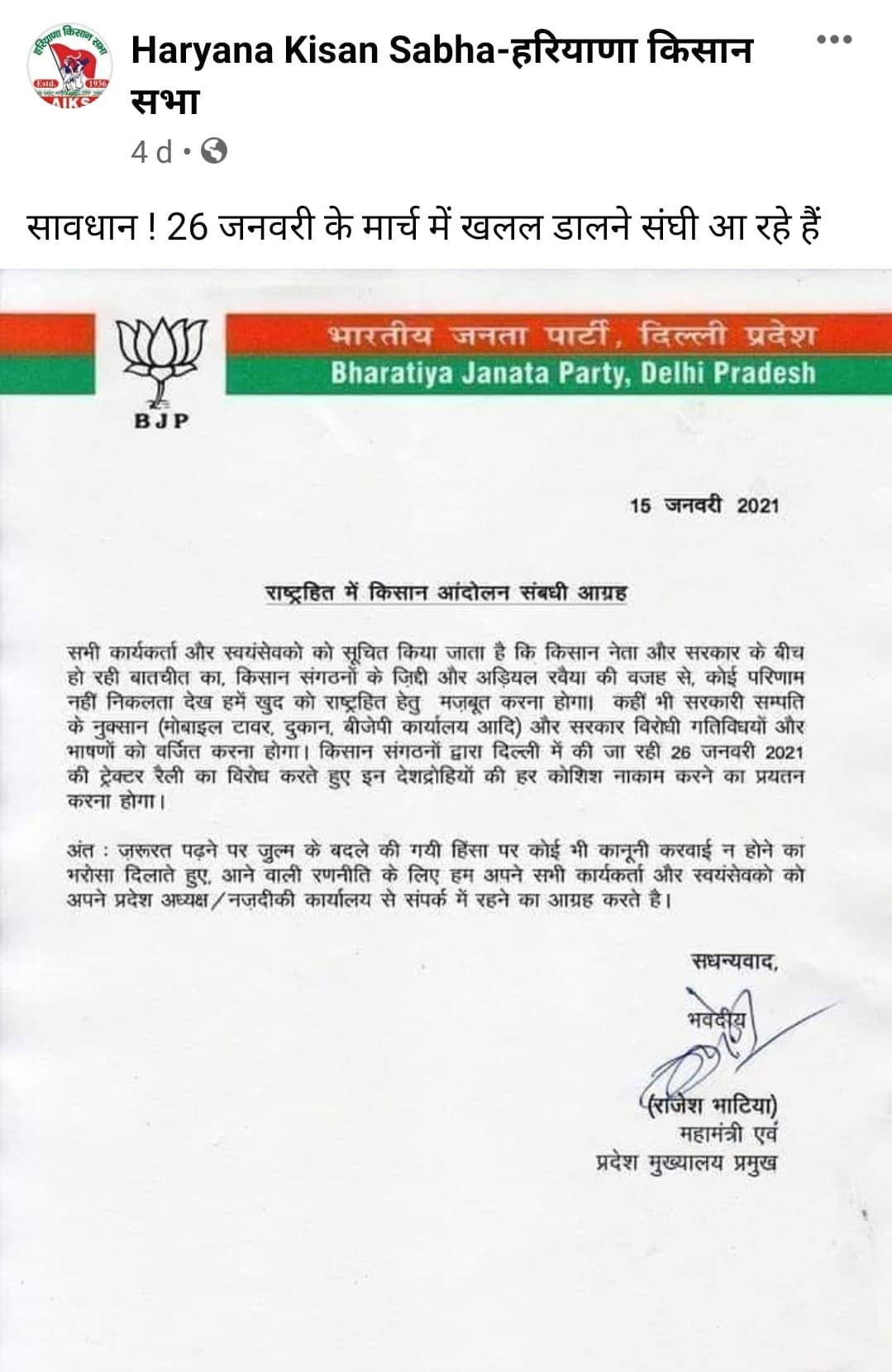 More posts containing the letter can be found here and here.

The letter appears fake as it contains unprofessional and strong language.

We spotted the mention of BJP Delhi’s website at the bottom of the letter, and upon visiting the site, it was found that it is a fake website. 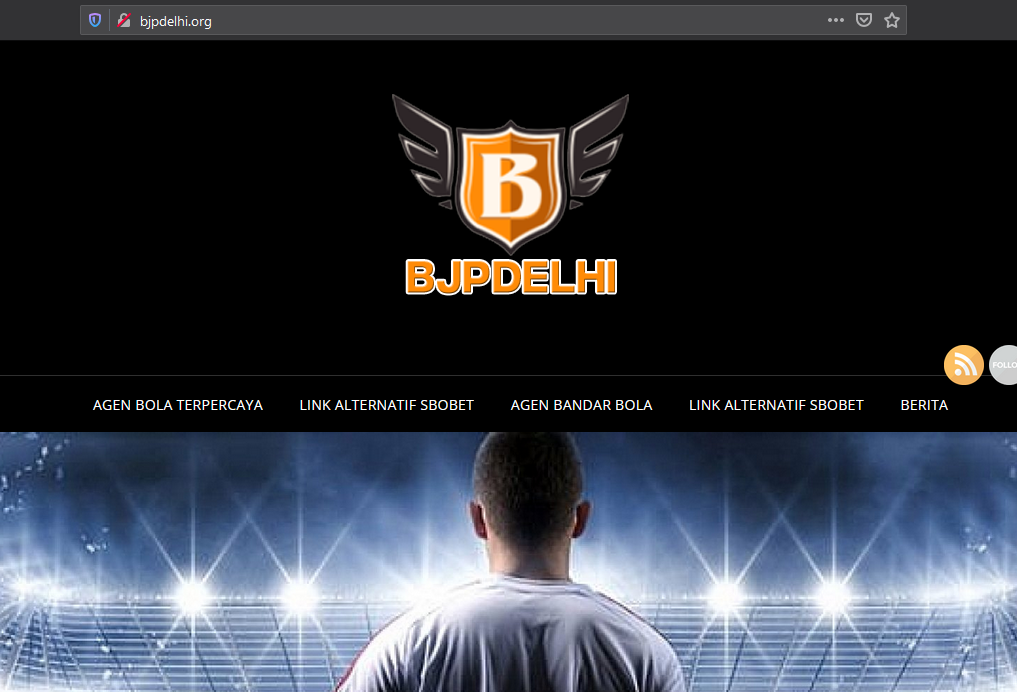 We then found the Twitter account of the person under whose name the letter was written, Rajesh Bhatia. Former General Secretary of BJP Delhi, Rajesh Bhatia put out a tweet regarding the letter on January 17.

(Rough translation of the above caption in English: Some of the traitors have written objectionable language towards the farmers with my fake signature on the letterhead of @BJP4Delhi, I strongly condemn it, I have respect for our farmer brothers and sisters)

Bhatia also shared the image of a complaint he filed against the person who misused his letterhead to generate this fake document.

Hence, based on the above information, it is clear that the post is false and misleading. 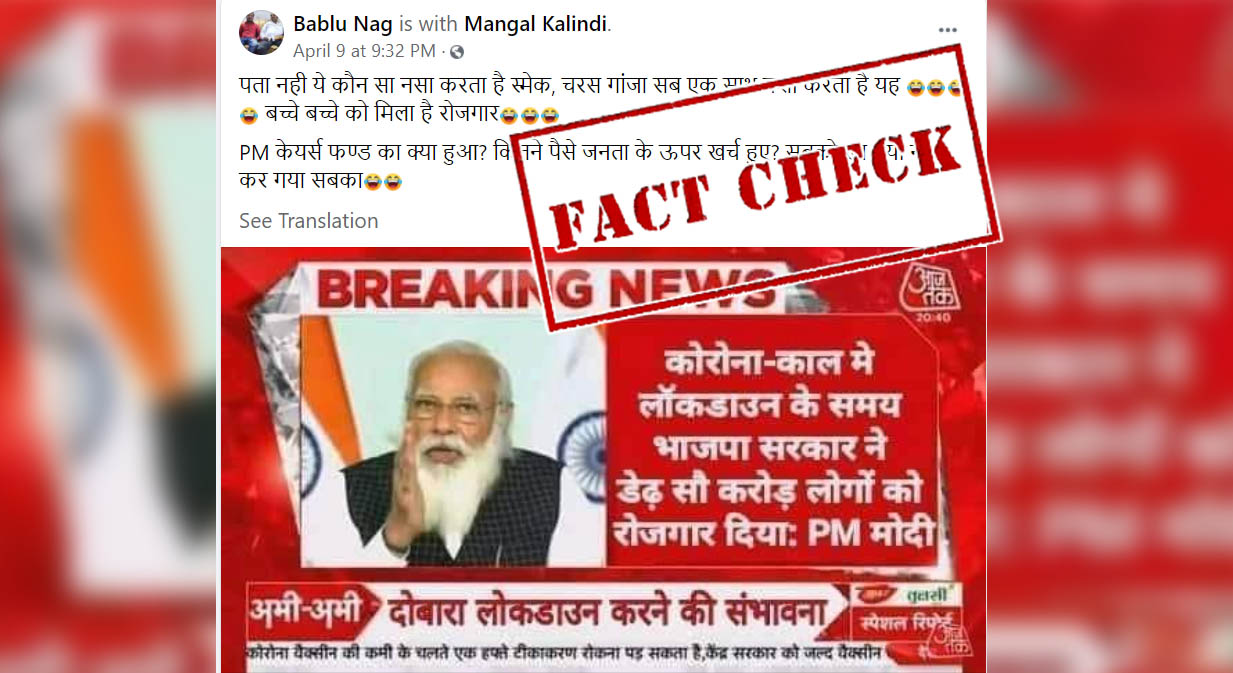