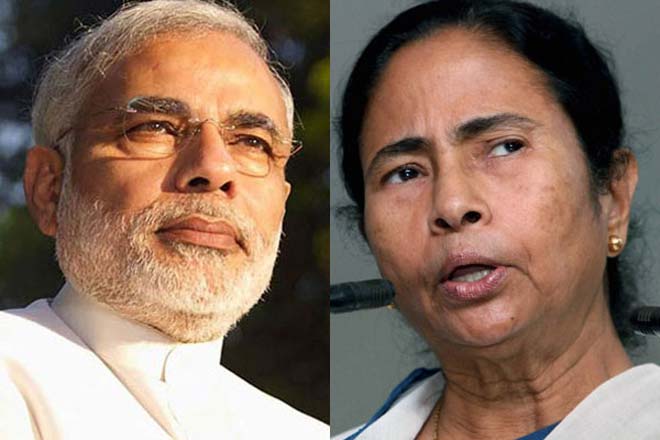 “I am grateful to the Prime Minister to hold a programme in Kolkata. But to invite someone and insult them does not suit you. I will not saying anything on the protests, Jai Hind, Jai Bangla.” Added Mamata before walking off the dias.

Mamata Banerjee refuses to speak at the at the Victoria Memorial event after chants of ‘Jai Shree Ram’#Netaji#MamataBanerjee#PMModi pic.twitter.com/qXfsZLOSRu

PM Modi visited Kolkata on Saturday on the occasion of Netaji Subhash Chandra Bose’s 125th birth anniversary. West Bengal Chief Minister Mamata Banerjee did not miss the occasion to prove a point ahead of the upcoming West Bengal Assembly elections. Both PM Modi and Mamata visited Netaji Bhawan, where Bose once lived and while the BJP led Centre refers to January 23rd as Parakram Diwas while Mamata says it should be declared a holiday.

PM Modi said “The country has decided that from now we will celebrate Netaji’s birth anniversary (23 January) as ‘Parakram Divas.”

“From LAC to LOC, the world is witnessing the powerful avatar of India that was once envisioned by Netaji. India today is giving a befitting reply wherever attempts are made to challenge its sovereignty.” Added the PM.

Ahead of the state Assembly elections, both Mamata and PM Modi are cashing in on the cultural aspect to woo voters as the battle for the Bengal gets more fierce.