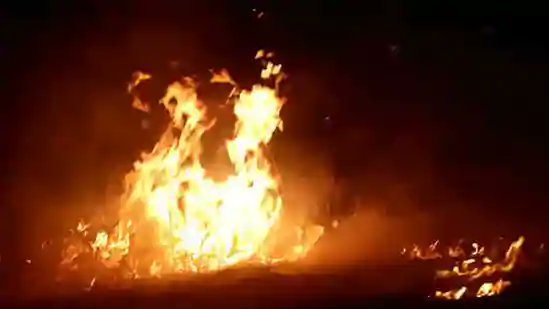 ShareTweetGoogleWhatsappPrint
Mail
Karnataka Chief Minister BS Yediyurappa on Friday ordered a high-level probe into the cause of the blast at a crusher site in Hunasodu village of Shivamogga district.

Karnataka: Police and officials inspect the site in Hunasodu village of Shivamogga district where a blast occurred last night. Shivamogga MP BY Raghavendra is also present at the spot.

CM BS Yediyurappa has ordered a high-level probe into the incident. https://t.co/tti4vzsakY pic.twitter.com/GyBVJ22bzr

Taking to Twitter, he said that strict action against the guilty will be taken.
“I express my deepest condolences to the family of the deceased. The injured are being treated and I wish them a speedy recovery,” Yediyurappa said.

Prime Minister Narendra Modi also expressed condolences over the loss of lives in Shivamogga dynamite blast in which eight people have been killed.

“Pained by the loss of lives in Shivamogga. Condolences to the bereaved families. Praying that the injured recover soon. The State Government is providing all possible assistance to the affected,” the Prime Minister’s Office (PMO) tweeted quoting PM Modi.

Chief Minister BS Yediyurappa informed that teams have been sent immediately for the necessary rescue operation. I am in contact with the senior officials since last night, he said.

He also informed that teams have been sent immediately for the necessary rescue operation. I am in contact with the senior officials since last night, he said.
Earlier in the day, police and officials inspected the site in Hunasodu village where the blast took place on Thursday evening. Shivamogga MP BY Raghavendra also visited the spot.

A loud sound was heard which was accompanied by vibration near Hunasodu village in Shivamogga dist. There was an explosion due to dynamite or explosive material, investigation is on. Bomb Squad is coming from Bengaluru & another team from Mangaluru: BY Raghavendra, Shivamogga MP pic.twitter.com/xaGoBHxtDP

At least eight people were killed in a dynamite blast in Hunasodu village on Thursday evening, said Shivamogga District Collector KB Shivakumar.
The loud blast that occurred around 10.20 pm last night, resulted in mild tremors in and around Shivamogga.
(With ANI Inputs)
Click here for Latest News updates and viral videos on our AI-powered smart news