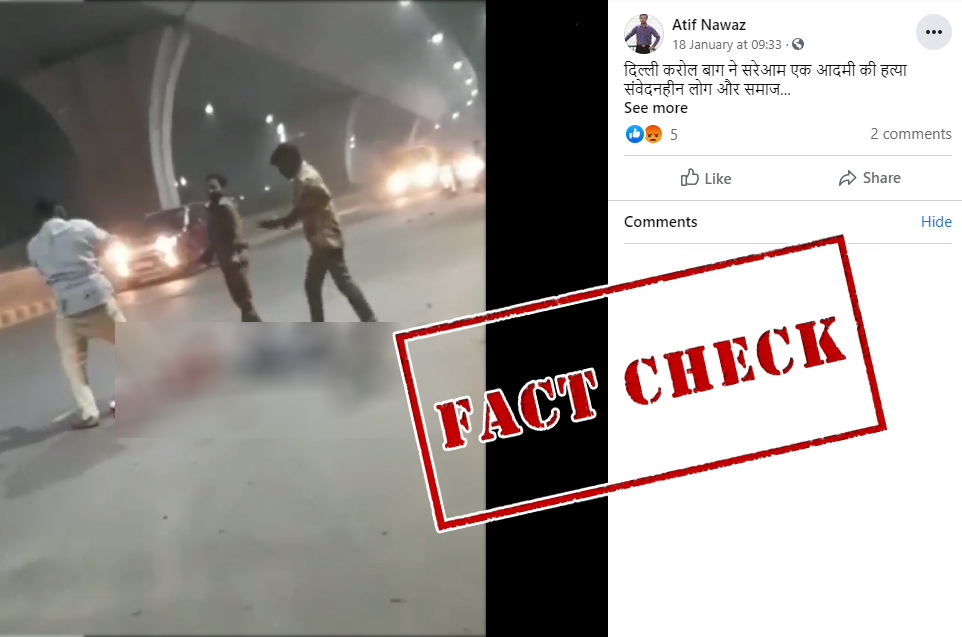 A horrific video of a man being brutally murdered by three men is doing rounds on social media claiming that the video is from Delhi.

(Translation: In Delhi’s Karol Bagh a man was publicly murdered, insensitive people and society. Now what should be the punishment for these murderers, when a direct crime is committed, then the court and police should directly shoot these people in public or hand over these people to the public #DelhiPolice) 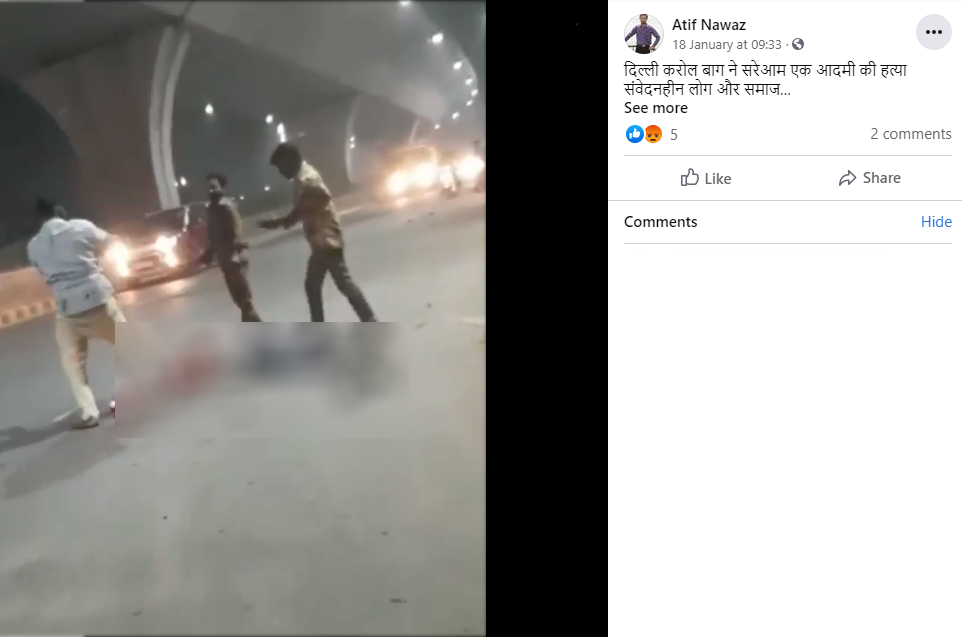 With the help of keywords, we found a news report on YouTube by TV 11 News Fast Fact 24X7 dated January 11, 2021, claiming that MIM leader MD Khaleel was brutally murdered by three unknown persons at public place in Rajendra Nagar, Hyderabad.

Moreover, we found a news article by Mintnews24 dated January 12, 2021, claiming that a local AIMIM block leader was killed by three men with a concrete block and sticks, near PVNR Expressway pillar in Rajendranagar, Hyderabad. 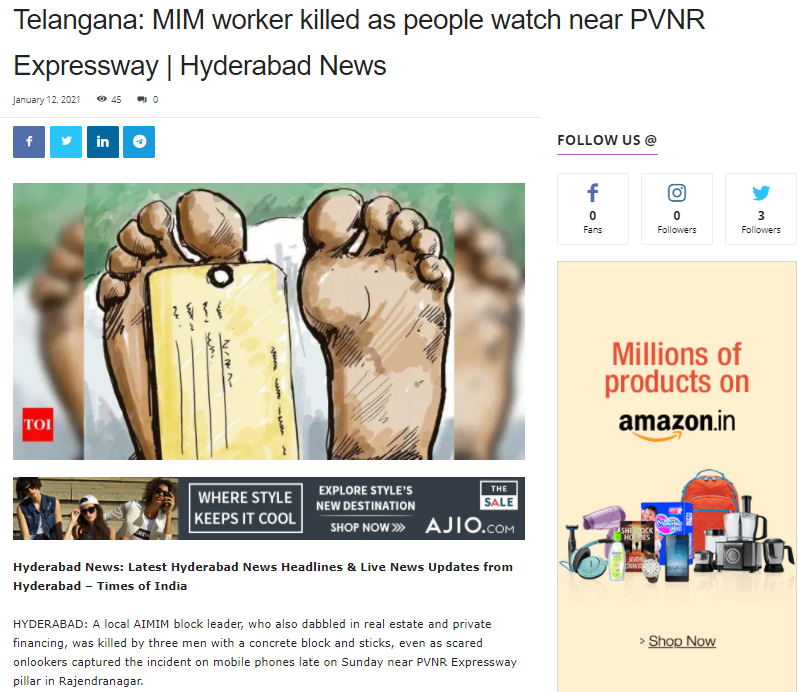 Also, according to Opindia report, ‘the incident reportedly took place near the PVNR express highway near pillar number 248 at Rajendranagar. The deceased has been identified as Asaduddin Owaisi-led All India Majlis-e-Ittehad-ul-Muslimeen’s (AIMIM) MM Pahadi block president, Mohd Abdul Khaleel’. 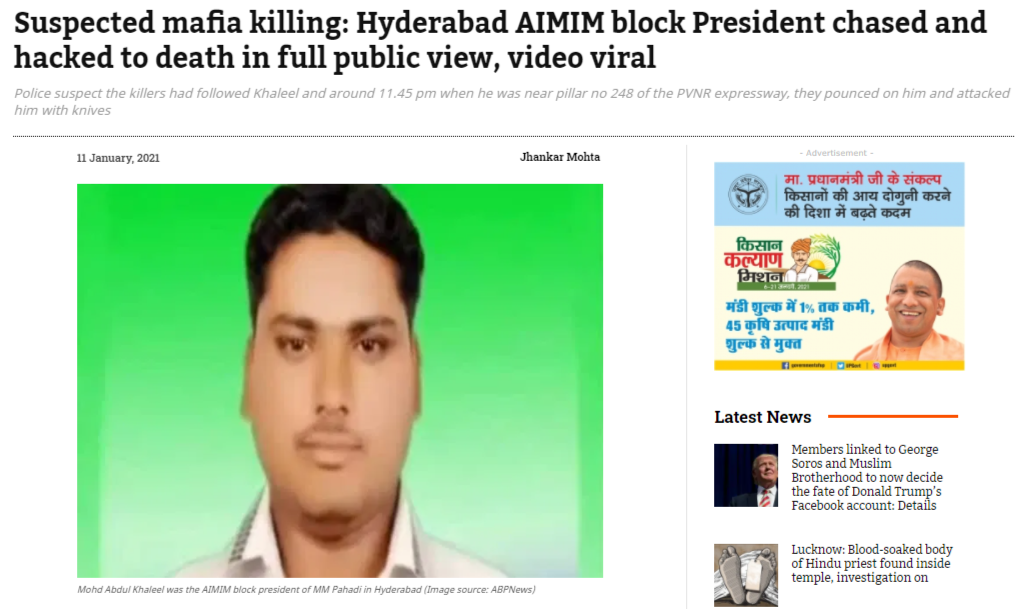 Hence, with the help of the above information, it is clear that the video of a brutal murder by three men has been falsely linked to Delhi. Truth is that the video is from Hyderabad. Don’t fall for false and misleading claims.