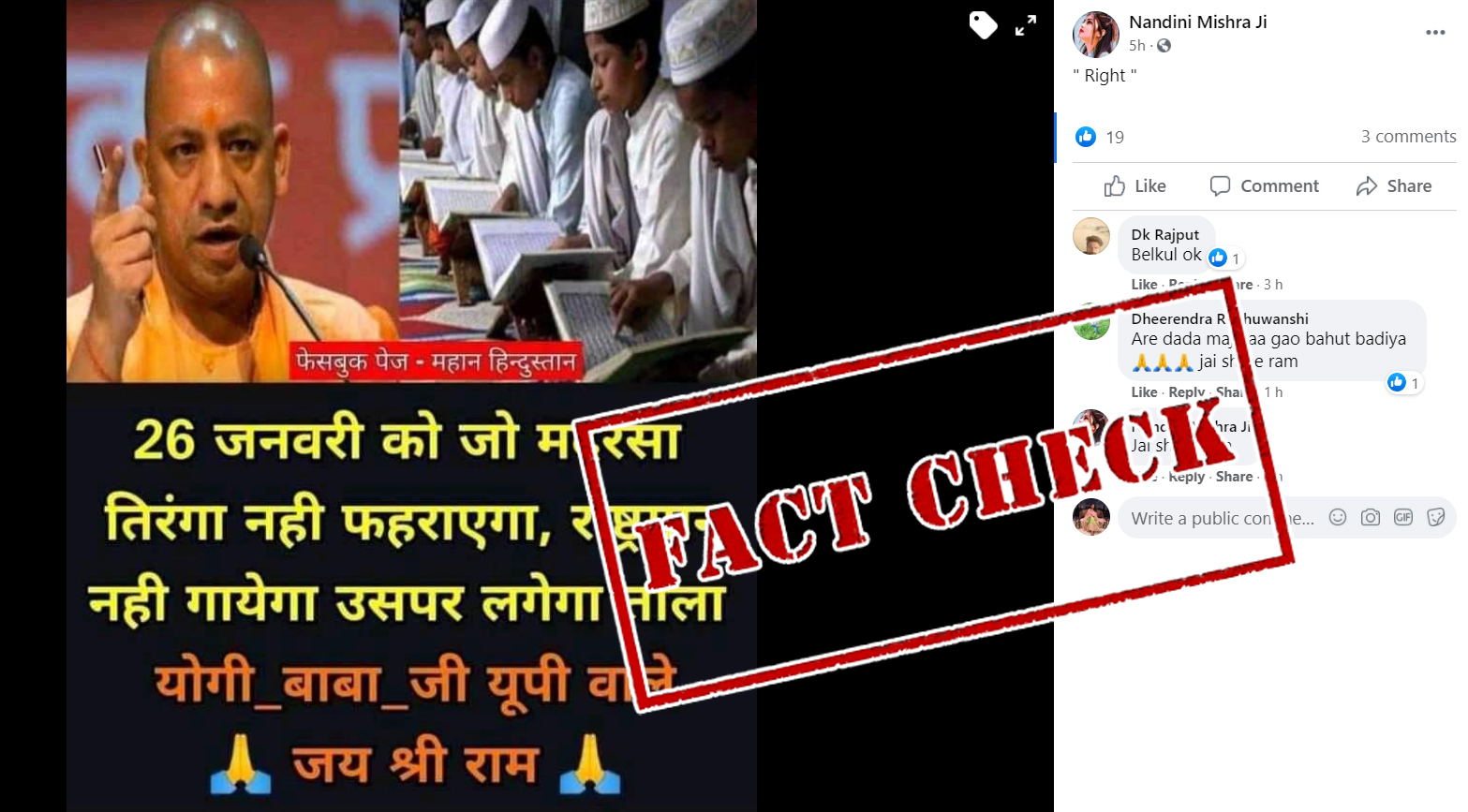 A picture post is doing rounds on social media in which a quote is attributed to Uttar Pradesh Chief Minister Yogi Adityanath.

(Translation: On January 26, the madrasa which will not hoist the tricolour, will not sing the national anthem, it will be permanently locked.) 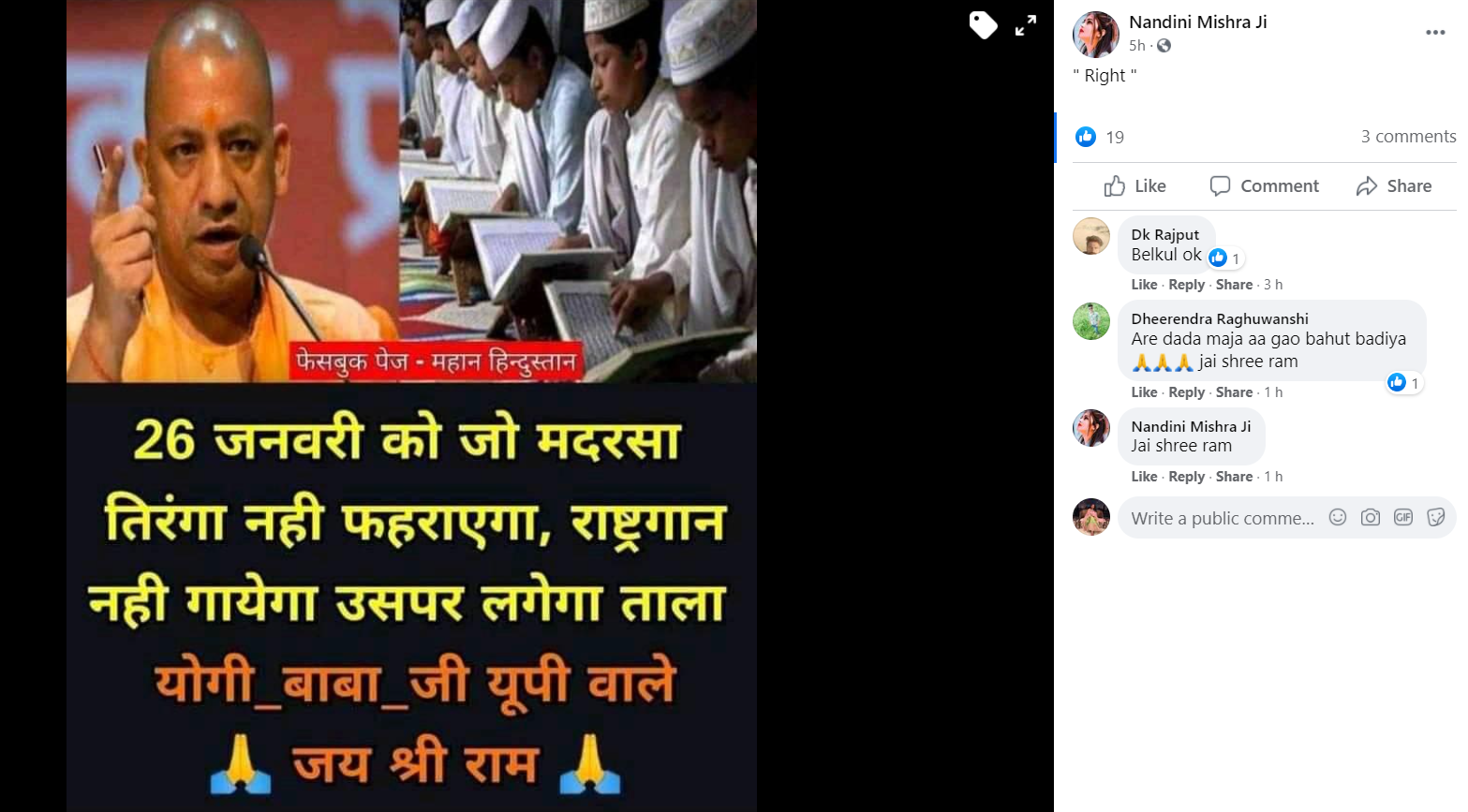 We found several users posting the same on Facebook: 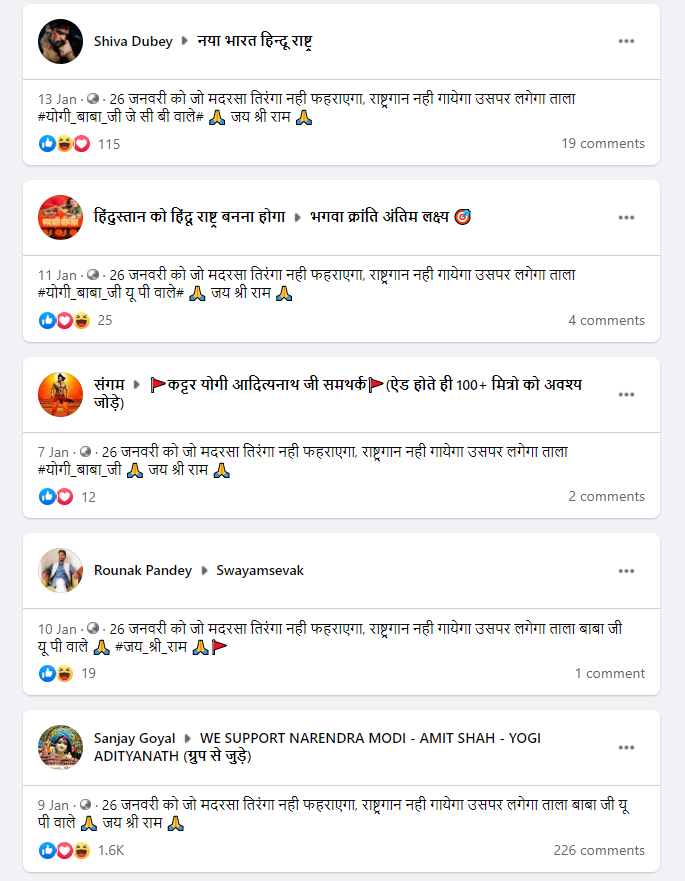 When we put the keywords and ran a Google search, we couldn’t find any credible media report to back what has been attributed to Yogi Adityanath in the viral post.

On digging further, we did find reports from 2017 where it was stated that Uttar Pradesh government had issued advisories to UP Madrasas to hoist National Flag on Independence Day and share videos of celebration.

The same advisories were circulated on Independence Day in 2018, 2019.

We further scanned through the Official Twitter handle of the Office of Chief Minister, Uttar Pradesh, and the office hasn’t posted anything close to the above statement.

Hence, the above claim attributed to Yogi Adityanath is FALSE.