Fact Check: Old Picture Of Police Van Shared As That Of UP Police Leaving For Mumbai To Arrest ‘Tandav’ Makers | Newsmobile
Wednesday, February 1, 2023

Amid the row over web series ‘Tandav’ being aired on Amazon Prime OTT platform, a post is being shared on social media claiming that a team of Uttar Pradesh Police has left for Mumbai for apprehending makers and actors of ‘Tandav’ following an FIR that was filed against them for hurting religious sentiments.

(Translation: Uttar Pradesh Police has left for Mumbai in a car, the director, actor, and writer of Tandav has made fun of our Hindu Gods. UP police will drag them and bring them to UP and put them in jail. Thank you from the bottom of my heart, Honorable Chief Minister Yogi Adityanathji) 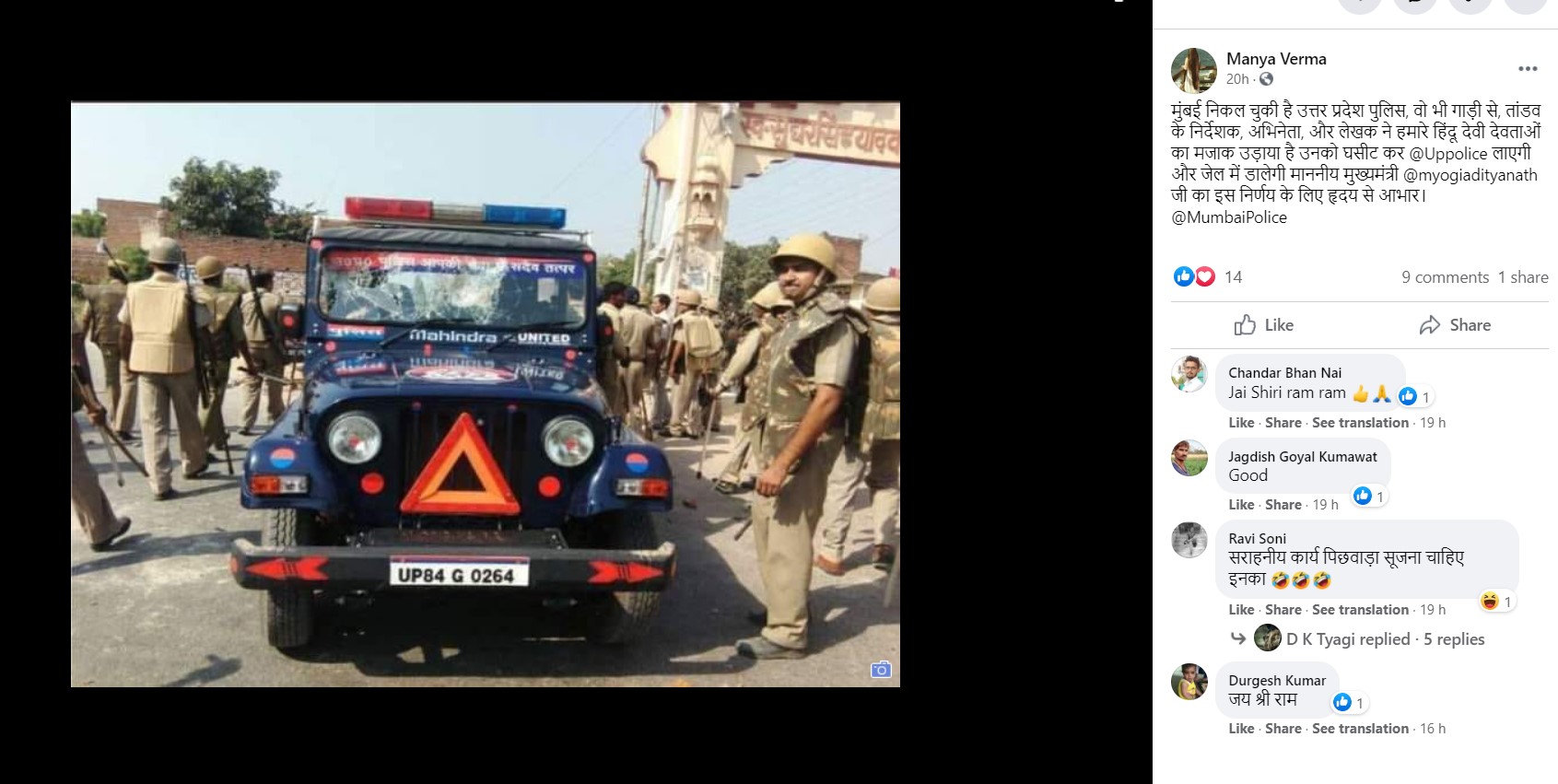 Here’s the link to the above post. You can check similar posts here, here and here. 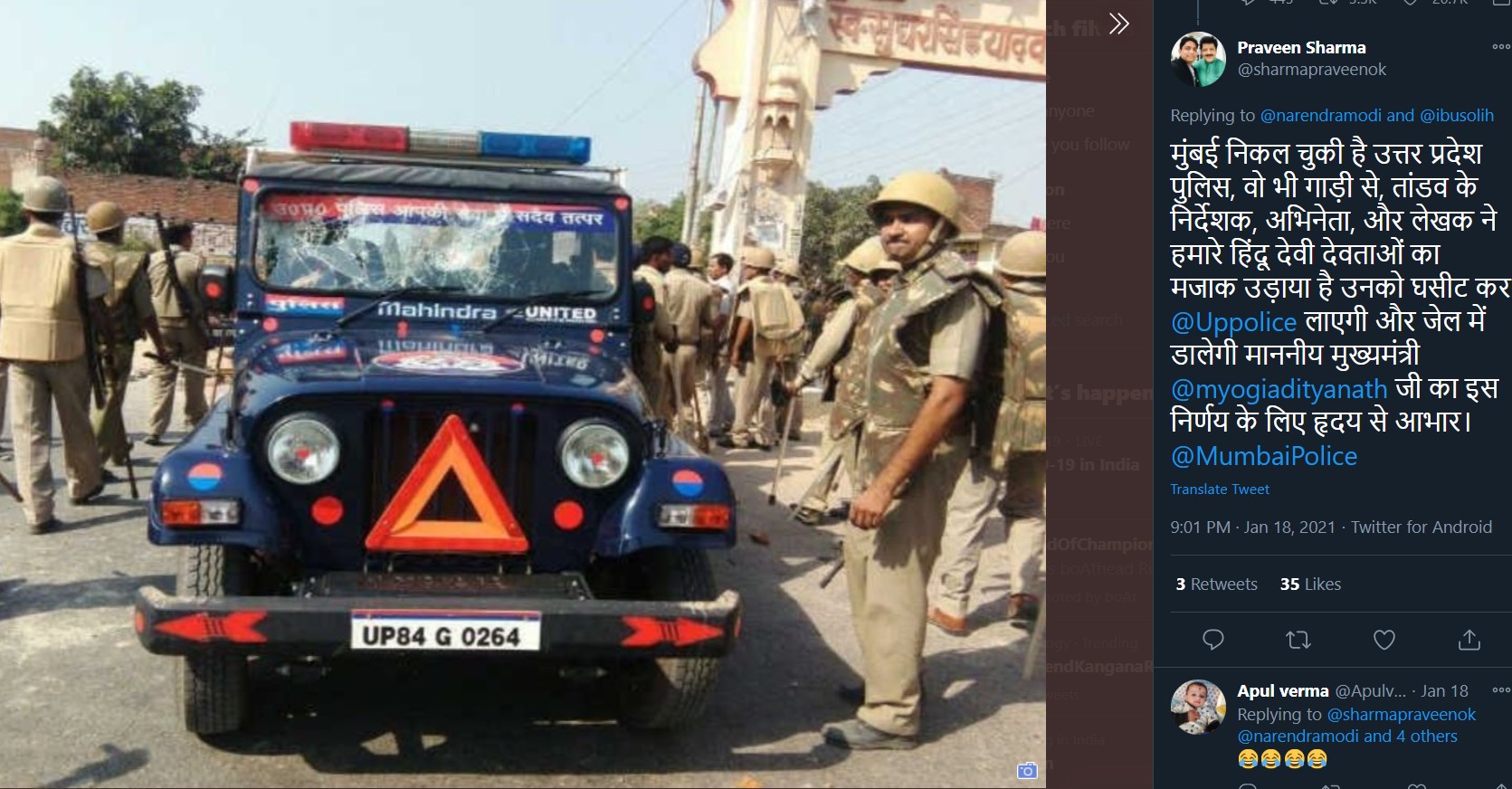 NewsMobile fact-checked the above claim and found it misleading.

During our investigation, we found that UP Police left for Mumbai on Monday for ‘questioning’ the makers and actors of ‘Tandav’ but NOT for ‘arresting’ them.

We also noticed that in the picture, the glass of the police van was broken. We searched and found that the picture of police vehicle being used with the post is from 2015 when  violence took place in Uttar Pradesh’s Mainpuri over cow killing rumours. Here’s the link to the picture featured in a news report. 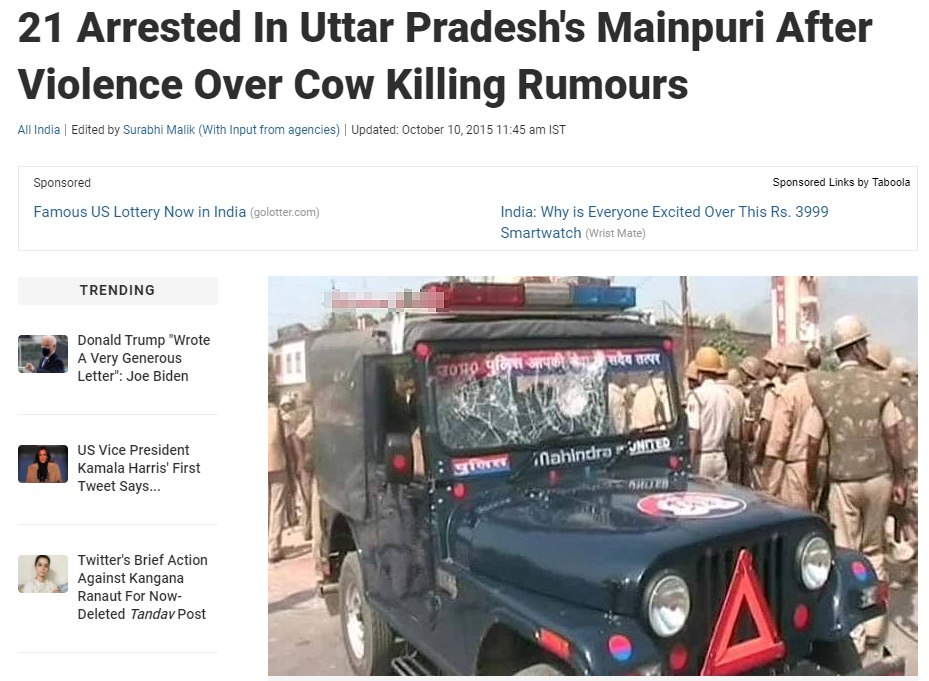 On digging further, we found a New Indian Express report, dated January 18, 2021, according to which, an FIR was lodged at Hazratganj police station in Lucknow on late Sunday night against the makers of Amazon Prime Video on charges of allegedly hurting religious sentiments.

The news website quoted the Deputy Commissioner of Police, central zone, Somen Barma, saying, “A four-member police team comprising an inspector, a sub-inspector and two constables, has left for Mumbai at dawn on Monday for an investigation into the case and interrogate those named in the FIR.” 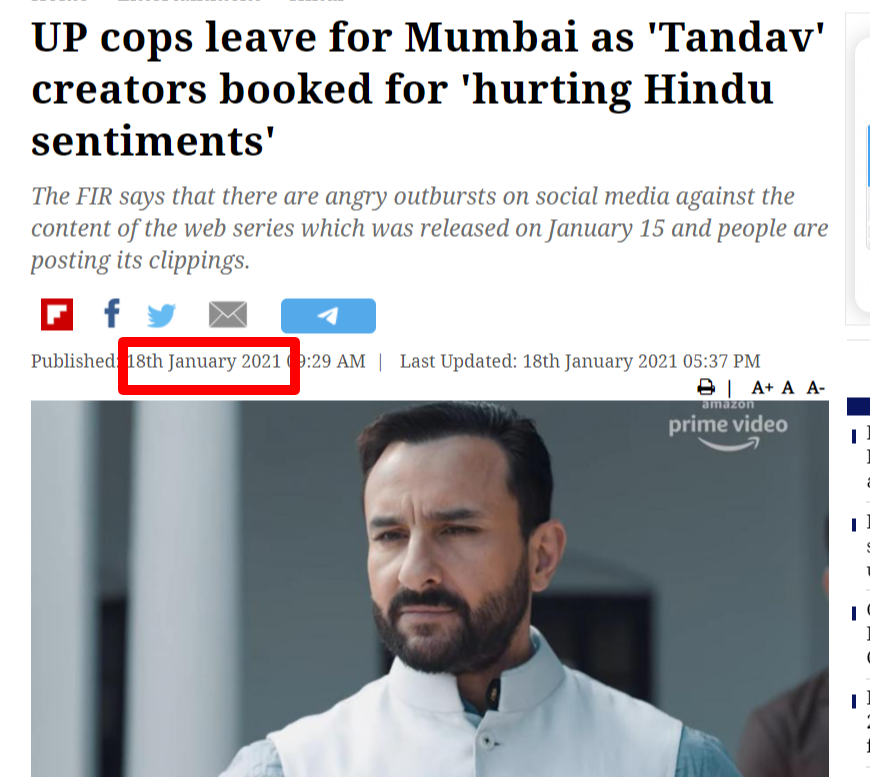 We found another news article by Times of India with the same claim. 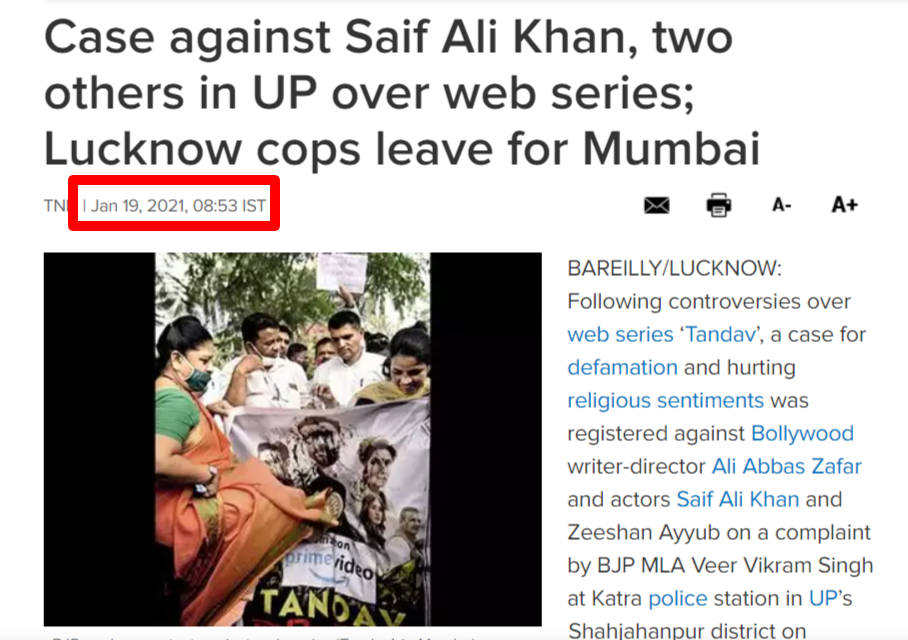 According to the latest report Hindustan Times, a team of Uttar Pradesh police officers arrived on Wednesday in Mumbai to investigate the case against Tandav. 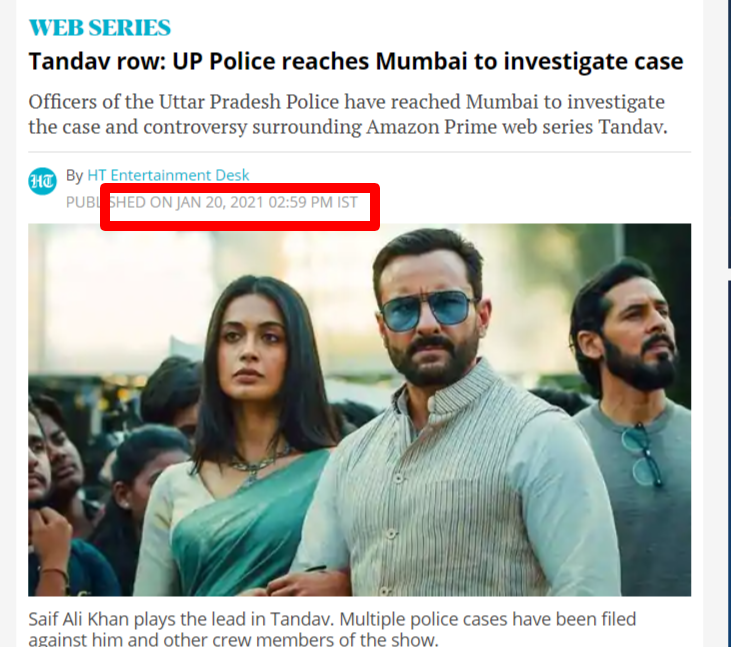