Fact Check: No, Trump Did NOT Say ‘You know I won’ In His Last Letter To Biden; Here’s The Truth | Newsmobile
Thursday, August 11, 2022

Home NM FACT CHECKER Fact Check: No, Trump Did NOT Say ‘You know I won’ In...
ShareTweetGoogleWhatsappPrint
Mail

As Joe Biden took oath as the 46th President of the United States of America, a picture of a letter started making rounds on social media with a claim that the letter left behind by outgoing President Donald Trump read, “Joe, You Know I won.”

As per custom, the outgoing Presidents write a letter for their successors and leave it for them on the Resolute Desk in the Oval Office. 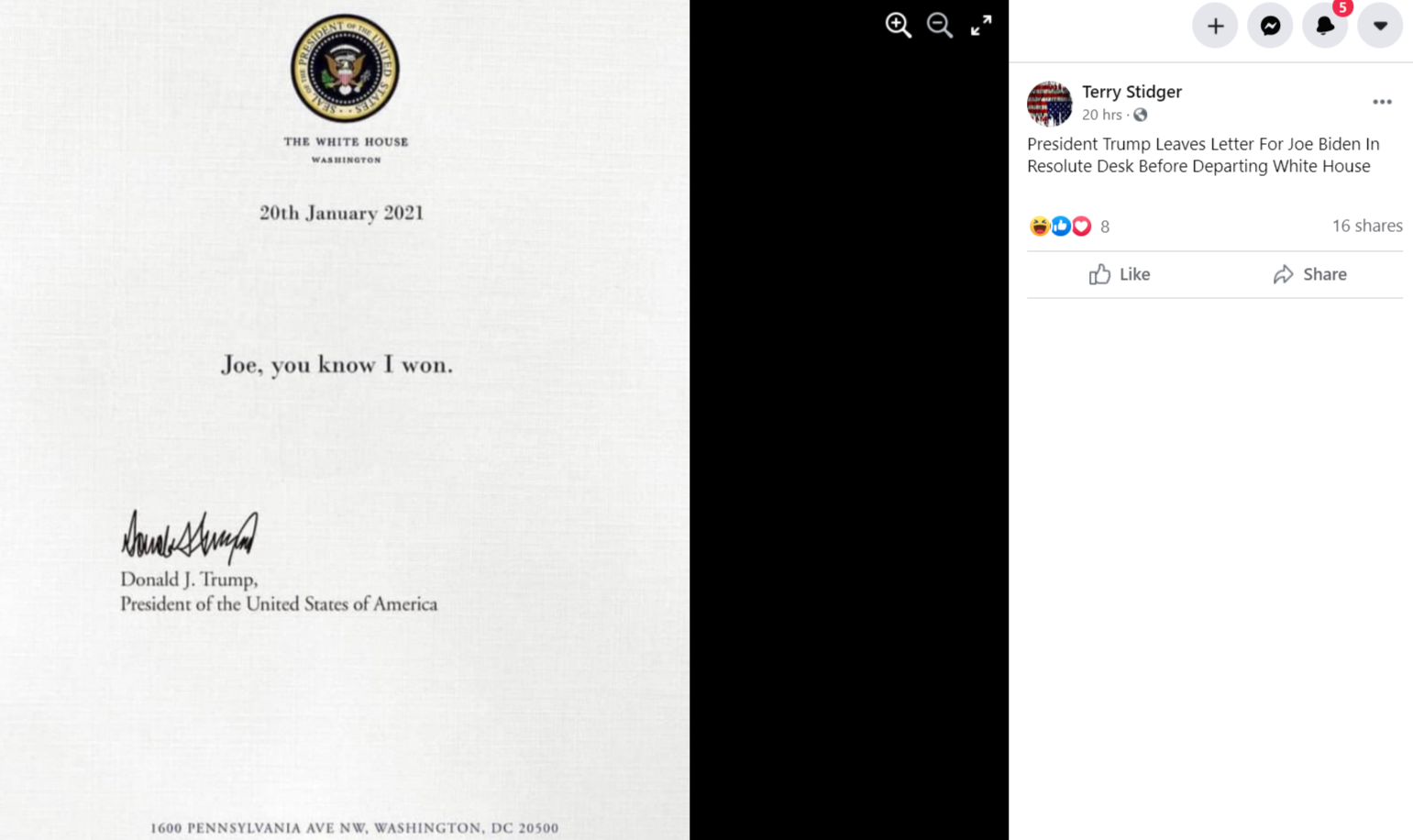 Firstly, we ran a keyword search and found multiple reports stating that US President Joe Biden said that outgoing president Donald Trump had left him a ‘very generous’ letter in the Oval Office. 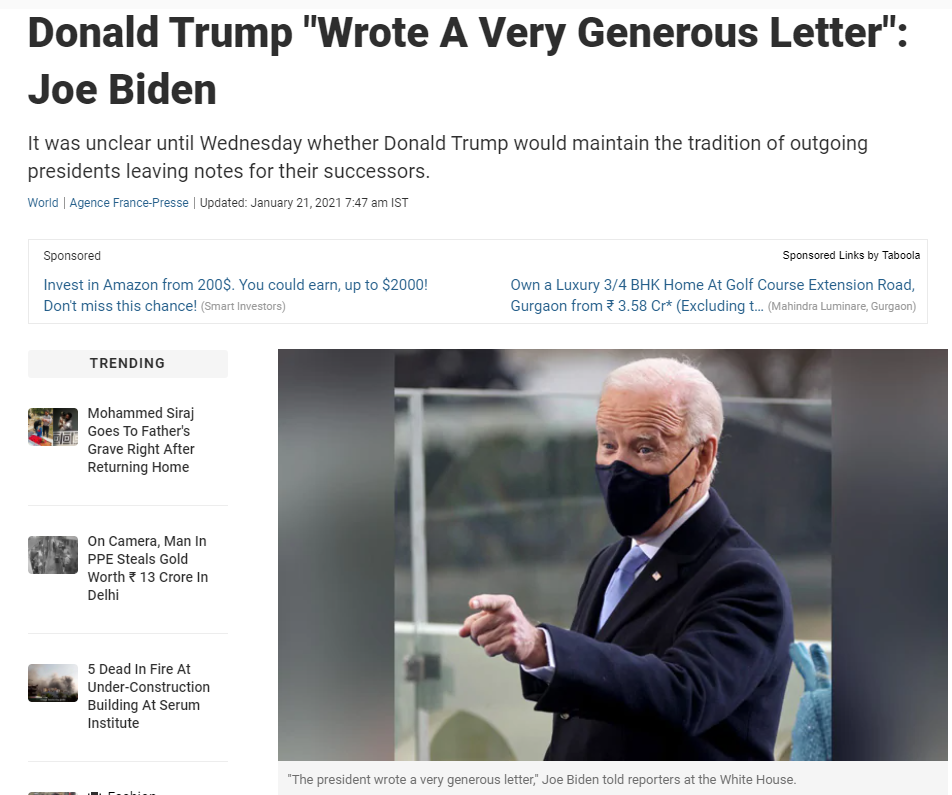 A similar report by also done by TOI and News 18.

The tweet read: “The president wrote a very generous letter,” Biden says referring to Trump. “Because it was private, I won’t talk about it until I talk to him. But it was generous.”

ABC News also posted a video of President Biden where he mentioned that the letter was very generous.

Moreover, we also checked and compared the viral letter with the previous letters by President Trump and found that the date format and the seal at the top of the letter is different as compared to other communication on White House letter. 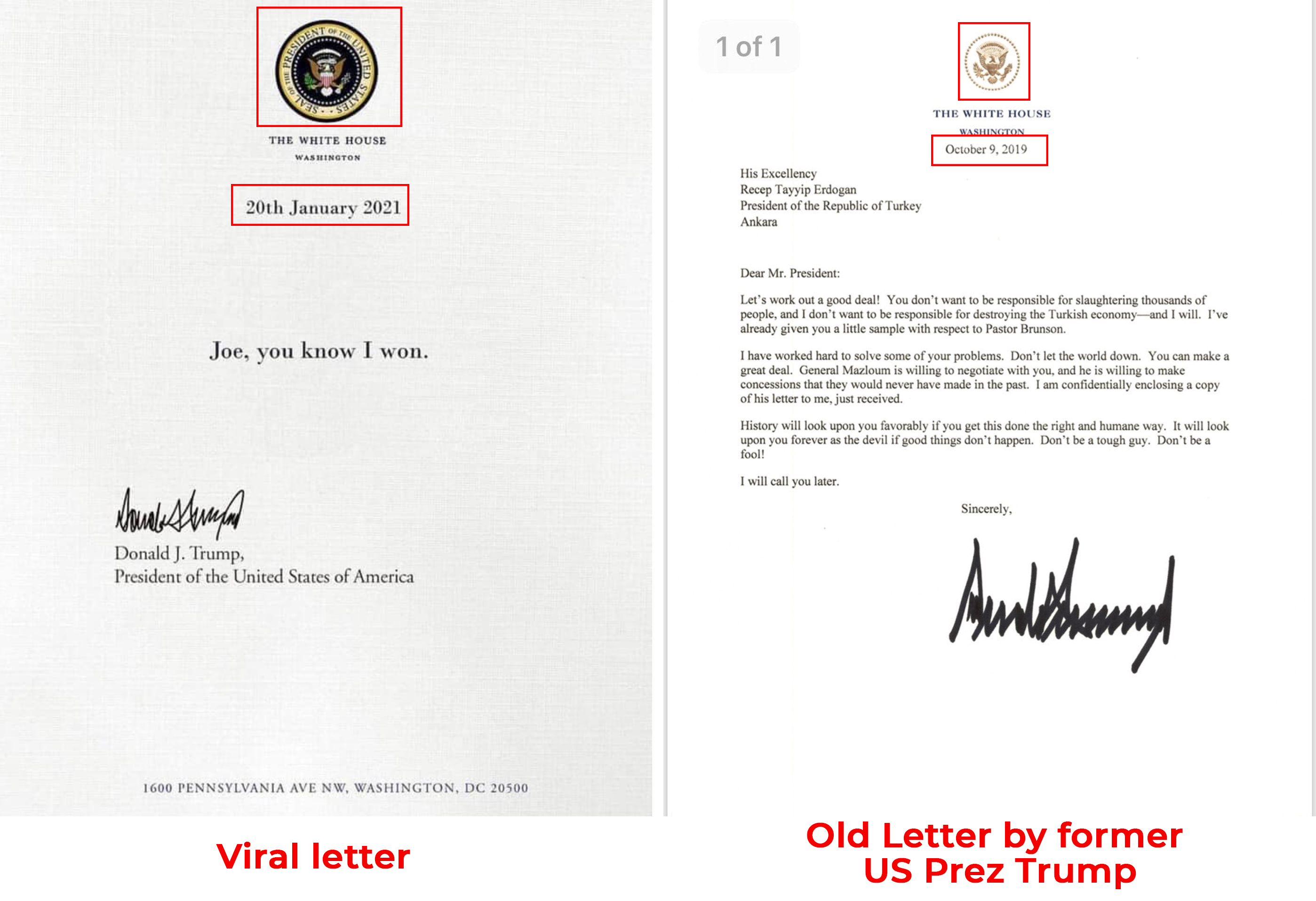 Hence, from the above information, it is clear that the viral letter in question is fake.