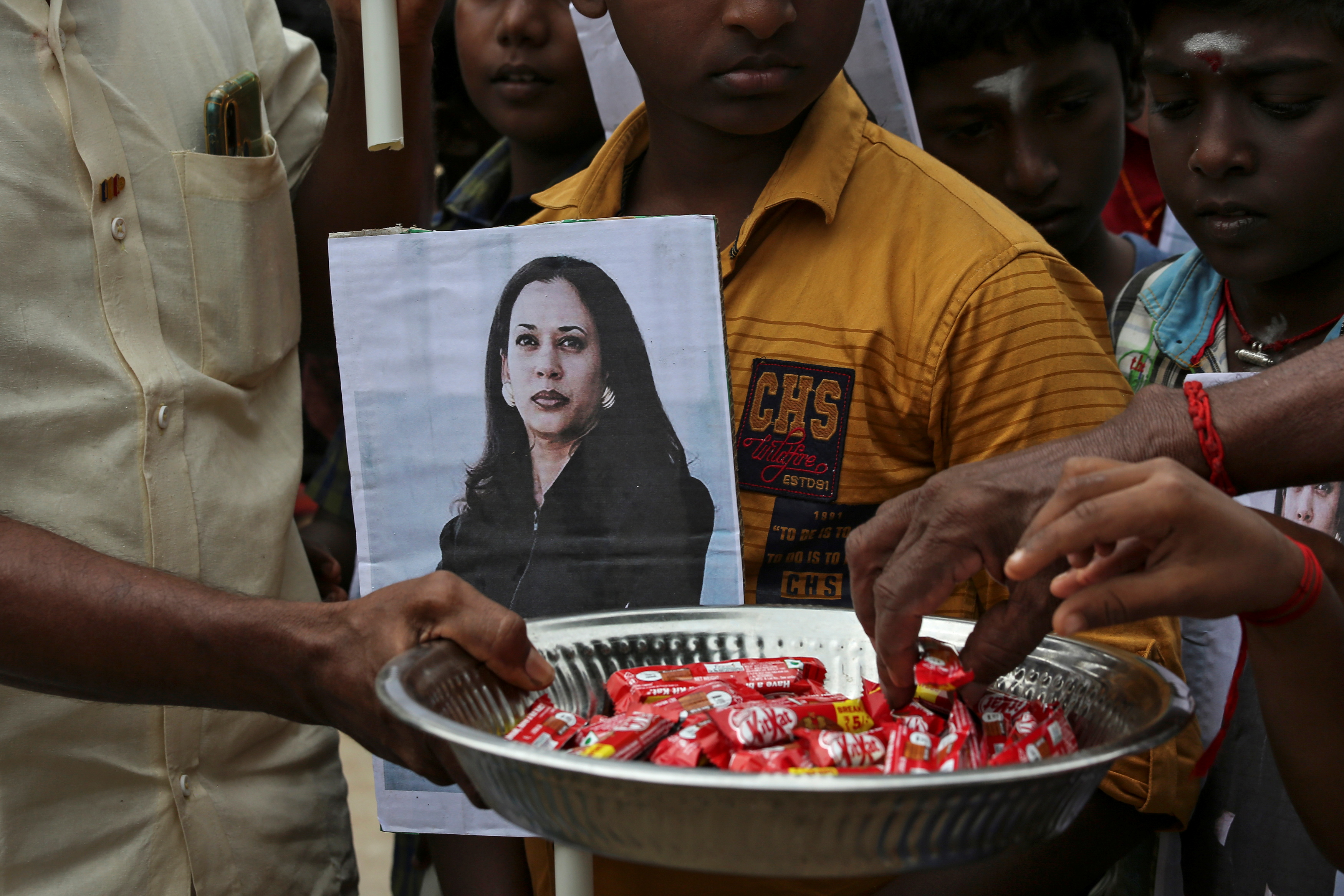 More than a century ago, Vice-President of the United States Kamala Harris’s maternal grandfather was born in Thulasendrapuram which is around 320km away from the Indian city of Chennai. It is this connect that had the entire village erupting in joy at the pride of Harris illuminating dreams for the people miles away from Washington DC when she took oath as Vice-President of the US.

The celebrations were nothing short of a festival as firecrackers went up in the sky on Wednesday and sweets and chocolates were distributed amongst people to partake in the inaugural ceremony in their own way. From calendars distributed by a village cooperative featuring Biden and Harris to claps and cheers by people holding her posters, it was their moment to celebrate the first black and first South Asian American to become the vice-president of the US. 56 year old Harris is the 49th Vice-President of the US.

The US Vice-President was born to an Indian mother and a Jamaican father, both of whom immigrated to the United States to study and had last visited the village when she was five years old. Netizens shared the pride of knowing her origins lay in the South Indian state of Tamil Nadu.

Her mother and I are from the same state in India. A sign from her mother’s village. We’re very proud of that ❤️ pic.twitter.com/UXIYz1EWSO

Hearty Congratulations @KamalaHarris as first female Vice President & first Indian-American Who has a maternal origin from a village in Tamil Nadu.Role model for every women who want to serve people thro' Political service.Consistent Hard work has risen her to highest office. pic.twitter.com/FBAK3MViuh

All of the feels. Like @VP @KamalaHarris’s mom, my aunt’s name was also, Shyamala. The village where my mom grew up was not far from where her mom grew up. After so much, to see the first Black & South Asian woman in the White House- it’s monumental on so many levels. 😭❤️😭❤️ https://t.co/Ue9icMMFLZ

Other women across the globe celebrated Harris victory on the internet, knowing that Harris sets the ball rolling for more women in future to take the baton forward of ruling the roost.

Pulled into a lay by to watch @KamalaHarris being sworn in. Did NOT want to miss that piece of history. Cried obvs.

Idea of a woman either as VP or president wasn’t something thought would’ve happened in my lifetime.

Harris’s journey as vice-president may just have begun, but it took many a days of sweat and hard work to convince the people of America of her mettle and the pride with which a woman of substance spells hope for a better tomorrow.