Home NM FACT CHECKER Fact Check: This Video Of Girl Being Lifted In The Air By... 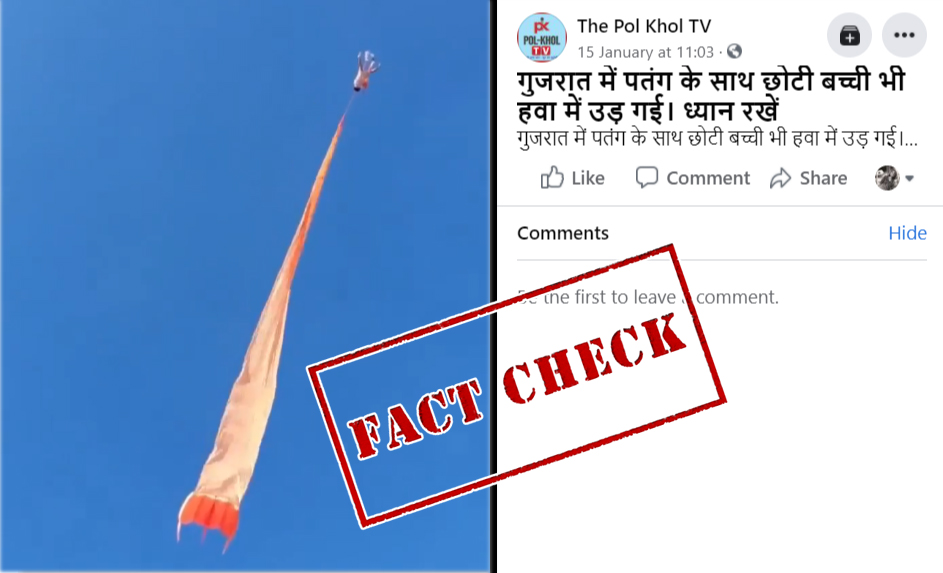 A video of a girl being lifted in the air by a giant kite is being shared on social media with a claim that the video is from Gujarat.

(Translation: The little girl flew into the air with a kite in Gujarat. Take care) 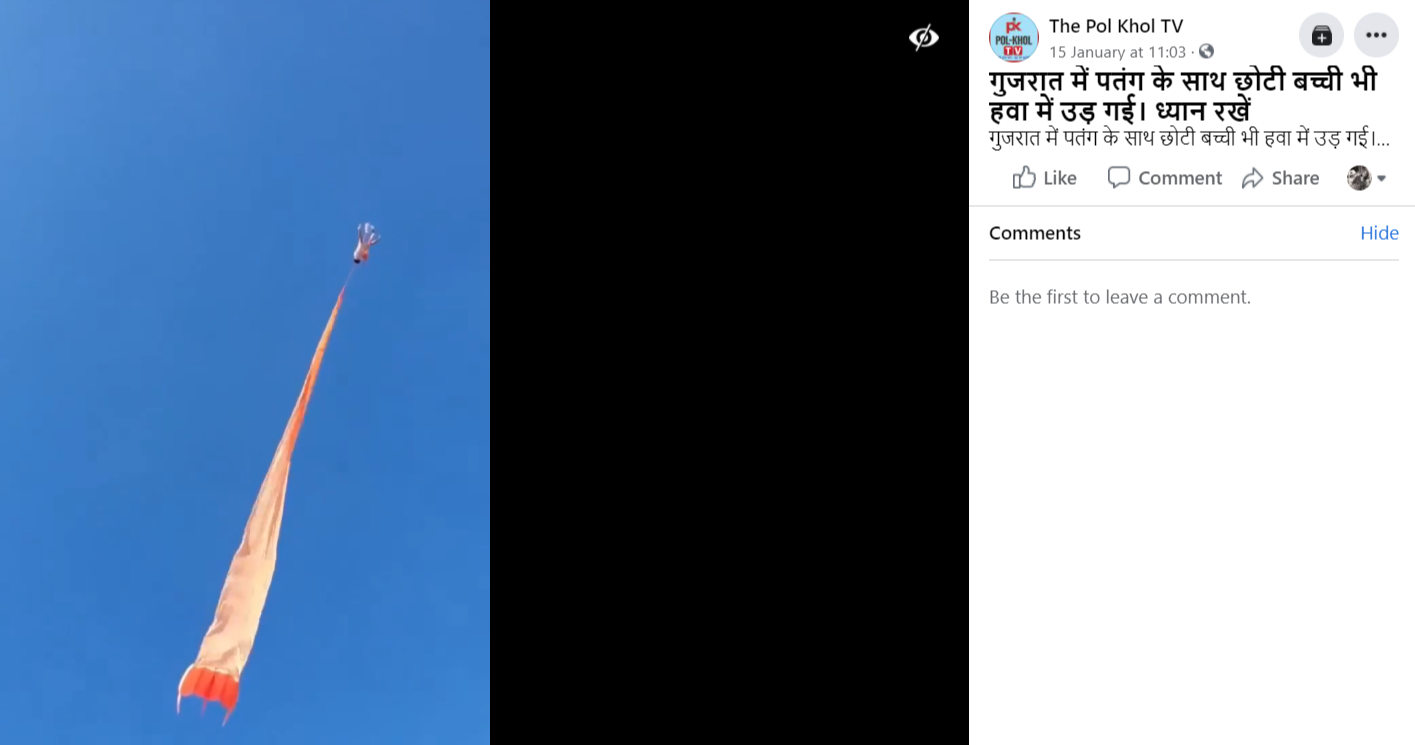 We ran a keyword search and found that the same video was uploaded by BBC in August 2020 with the title, “Girl thrown into air by kite in Taiwan”.

The description of the video read: A three-year-old girl has been thrown into the air by a gust of wind, after being tangled in the tail of a kite.

“During a kite festival in Taiwan’s northern city of Hsinchu on August 30, 2020, a three-year-old girl was lifted into the sky. Footage showed the young child entangled in a giant kite and carried away for a few seconds before being rescued by onlookers. A local government official told local media that a rogue gust of wind at the site caused the tail of the kite to wrap around the toddler. The girl’s parents said she was frightened but suffered only minor injuries. Authorities suspended the kite festival after the accident,” the report mentioned. 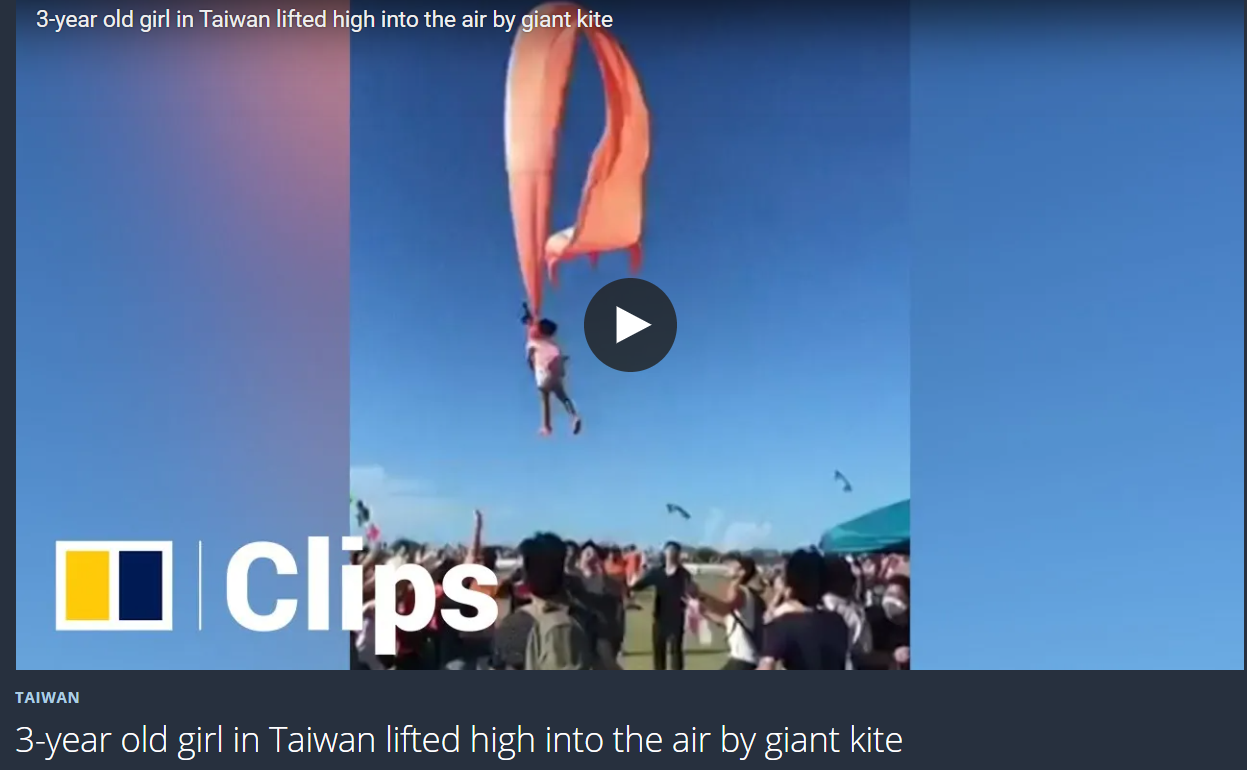 More reports on the same can be seen here and here.

Moreover, we also searched for news reports about any such recent incident from Gujarat but did not find anything on it.
Hence, this proves that the video is NOT from India but an old video from Taiwan.