Fact Check: No, Coca-Cola Has Not Launched Any Campaign To Support Farmers; Here’s The Truth | Newsmobile
Monday, September 26, 2022

An image of two Coca Cola bottles with ‘Kisan Ekta’ and ‘Support Farmers’ written on them is being widely shared on social media. 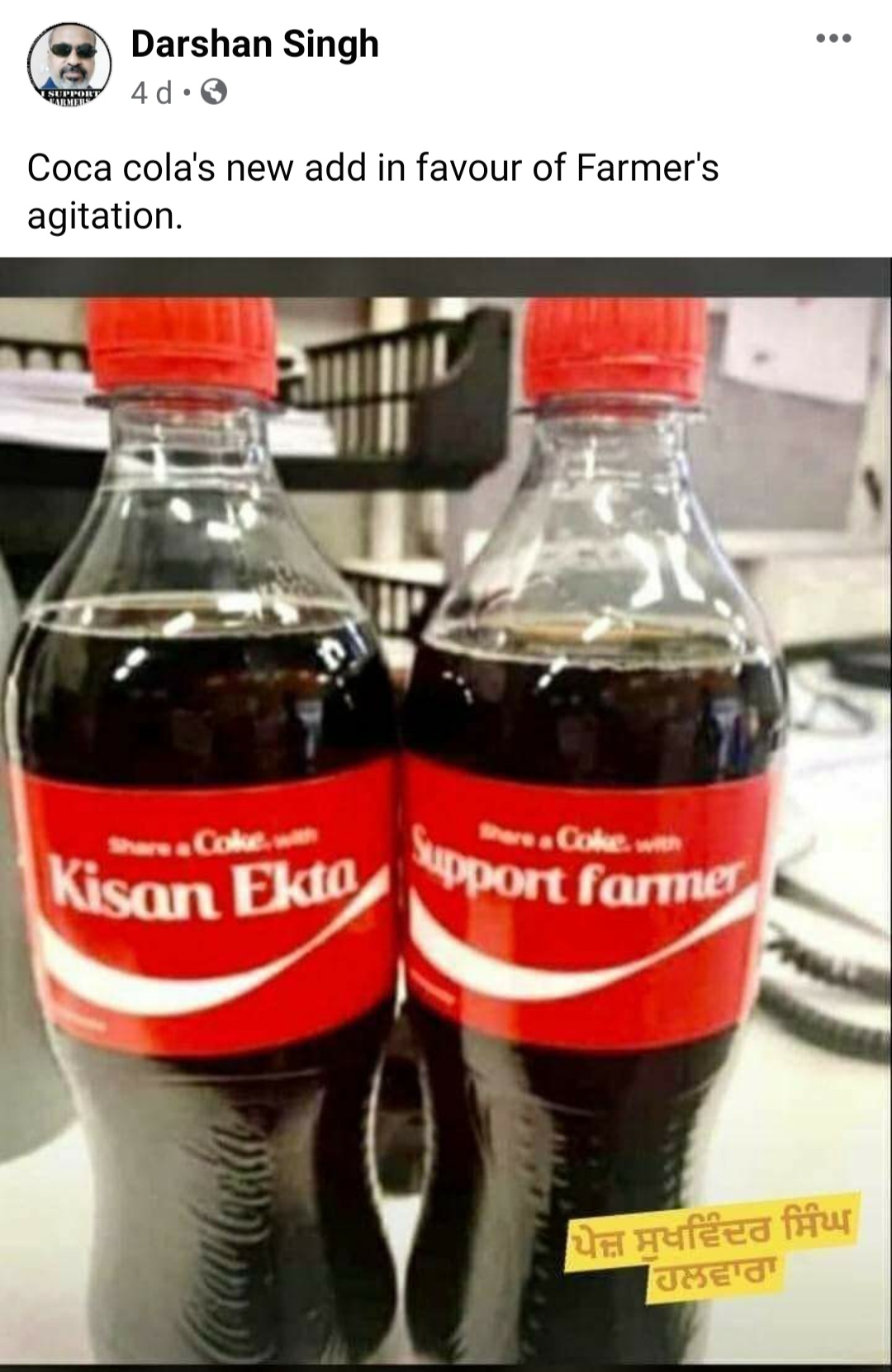 The image appeared fake as under the ‘Share A Coke’ campaign launched by Coca-Cola, a person’s name appears after the phrase ‘Share A Coke With’, however, in this case, it was ‘Kisan Ekta’ and ‘Support Farmers.’ 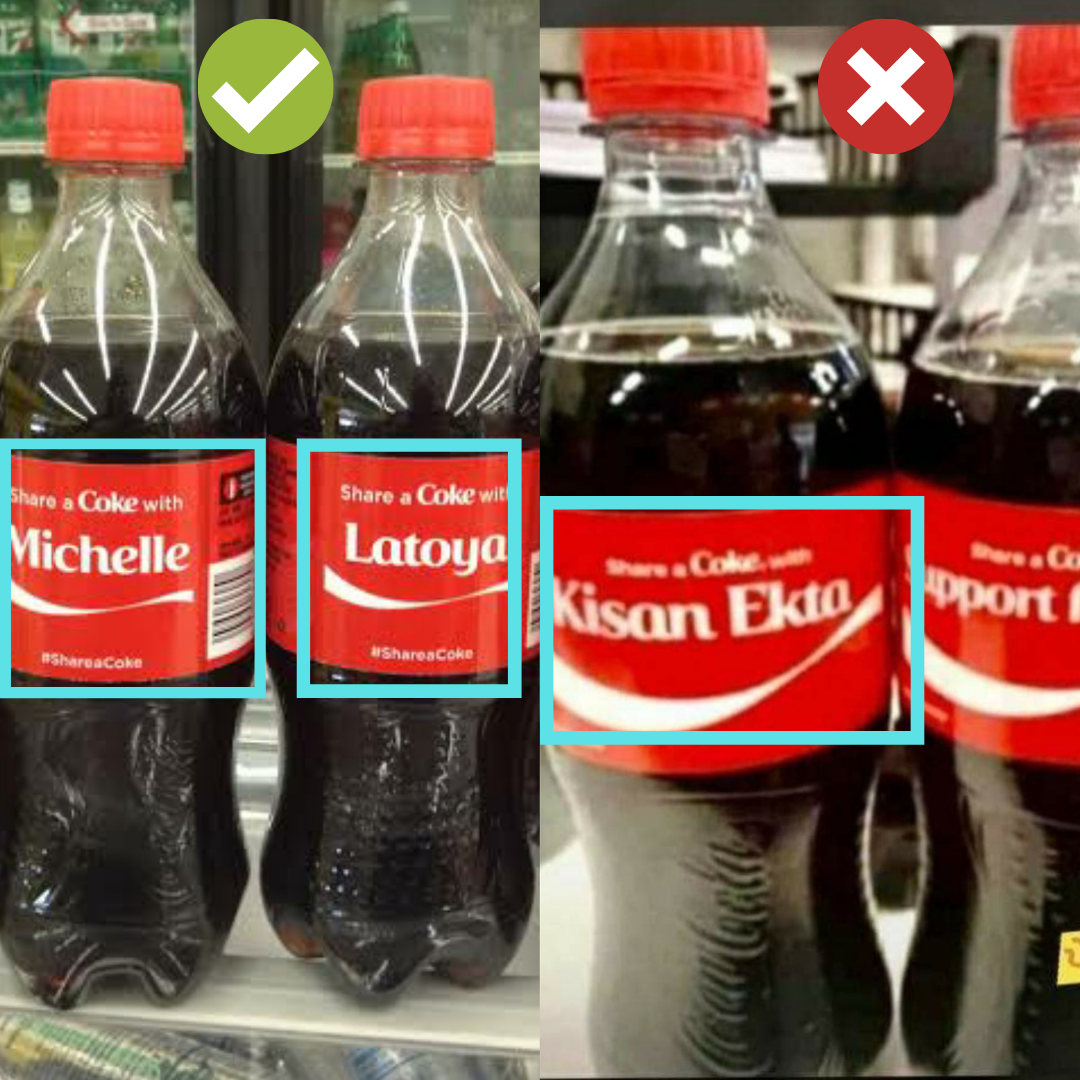 We also ran a keyword search and found no news reports about any pro-farmer campaign launched by Coca-Cola.

We then searched their website and social media handles, but couldn’t find anything related to a pro-farmer campaign.

To get a confirmation from the company, we also reached out to them and Bishnupriya Narayan, Vice President, Corporate PR, Coca-Cola, confirmed that the image in question is fake.

Here is the statement issued by Coca-Cola which was shared with NewsMobile on email: “Coca-Cola India confirms that this is a fake image and denies the launch of any such brand campaign around the stated issues indicated in the image.”

Hence, based on the above information, it is clear that the image is false and misleading.