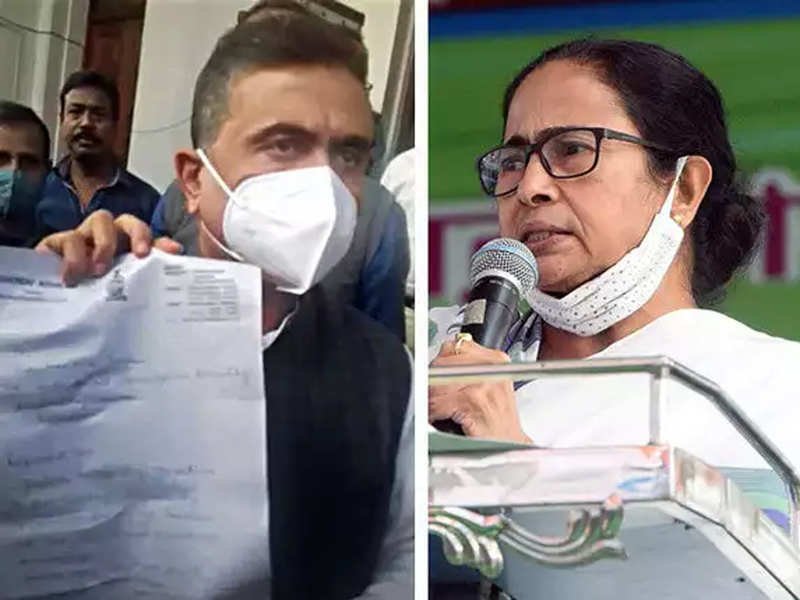 This promises to be a battle like no other!  Throwing up a direct challenge to her former party colleague Suvendu Adhikari who recently joined the BJP in Home Minister Amit Shah’s presence, West Bengal Chief Minister and Trinamool Congress supremo Mamata Banerjee has announced that she will contest the upcoming state assembly election from Suvendu’s citadel Nandigram.

Within hours, Suvendu Adhikari, while addressing a rally in Kolkata, said, “If I do not defeat her [Mamata] with half lakh votes in Nandigram I will quit politics!”

“I will contest from Nandigram Assembly. If possible I will contest from both Bhawanipur and Nandigram,” she said while addressing a rally. Suvendu Adhikari, who recently switched to BJP from Banerjee’s party, won the Nandigram seat as the TMC candidate in 2016. Traditionally, Banerjee has always contested from Bhawanipur.

“I will come again and again as Nandigram is my lucky place. In the 2016 election, I announced my election from Nandigram. Today also I came to Nandigram. TMC will win in 2021.

Suvendu hit back and said, “The TMC is no more a party, it is a private limited company.”

Mamata had swept into power defeated the ruling Left with a landslide victory in the 2011 Assembly election. “If I make mistake slap me but don’t go away from me. Who will do that much work for you? If anyone calls me bad, I won’t let them,” she said.

BJP has been aggressively campaigning in West Bengal over the past few months with top leaders Amit Shah, JP Nadda visiting the state.

Elections to 294 seats in West Bengal are slated to take place later in 2021. (With ANI inputs)