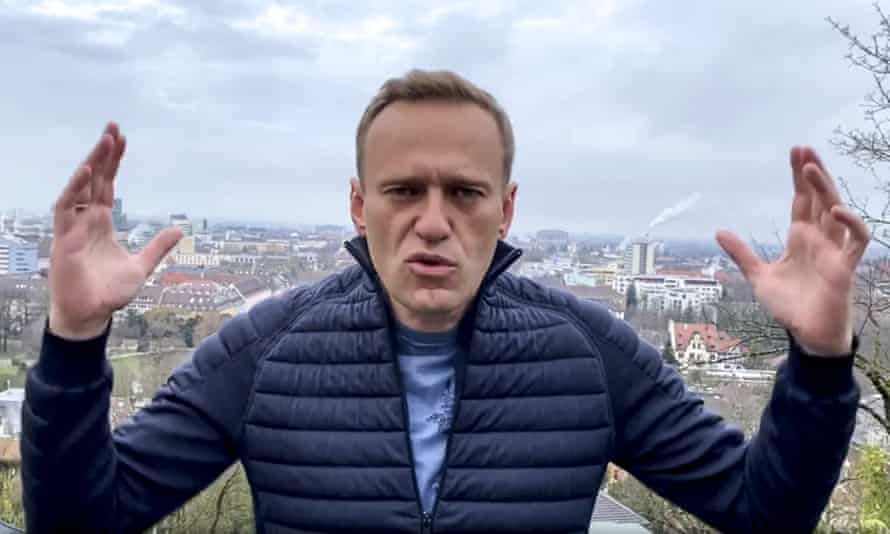 Minutes after her landed at Moscow’s Sheremetyevo Airport after he returned home from Berlin for the first time since his poisoning last summer, prominent Russian opposition leader Alexei Navalny was detained by Russian Police on Sunday. He flew in to Moscow despite warnings that he faced imminent arrest.

While President Vladimir Putin sent out a message loud and clear that there would be zero tolerance for activities of the longtime anti-corruption campaigner and government critic, his detention triggered global condemnation including terse messages from the US and European Union. Lithuania called for immediate EU sanctions against Russia. Navalny has been one of the most vocal critics of Putin over the last decade.

His detention prompted immediate condemnation from the European Union and calls for EU sanctions against Russia by Lithuania.

“Deeply troubled”, US Secretary of State Mike Pompeo took to Twitter to speak out against his detention.

Deeply troubled by Russia’s decision to arrest Aleksey Navalny. Confident political leaders do not fear competing voices, nor see the need to commit violence against or wrongfully detain, political opponents.

“The detainment of Alexey Navalny upon arrival in Moscow is unacceptable. I call on Russian authorities to immediately release him,” European Council president Charles Michel wrote on Twitter.

The detainment of Alexey #Navalny upon arrival in Moscow is unacceptable.

I call on Russian authorities to immediately release him.

Lashing out at Russia, EU member Lithuania’s Foreign Minister Gabrielius Landsbergis, said his detention was “totally unacceptable” and those involved should be targeted by sanctions.

Navalny’s aircraft landed at Sheremetyevo after a last-minute diversion from another airport in Moscow where many of his top allies – who were waiting for his arrival – were detained.

Alexei @navalny kissing his wife goodbye — he just got detained by police upon his arrival to Moscow.

Mr Putin, you will never break this man.pic.twitter.com/JuGSGpnukP

“Alexei was detained without the reason being explained,” Navalny’s lawyer Olga Mikhailova told new agency AFP at the airport. “Everything that is happening now is against the law.”

Deeply disturbed by news of the arrest of pro-democracy activist and Kremlin critic Alexei #Navalny, on his return to Russia. Canada and our allies must continue to hold those responsible for this ongoing repression to account. #magnitsky https://t.co/nBYMeistFe