1. In yet another grim milestone, the total number of global coronavirus cases has topped the 95 million mark. 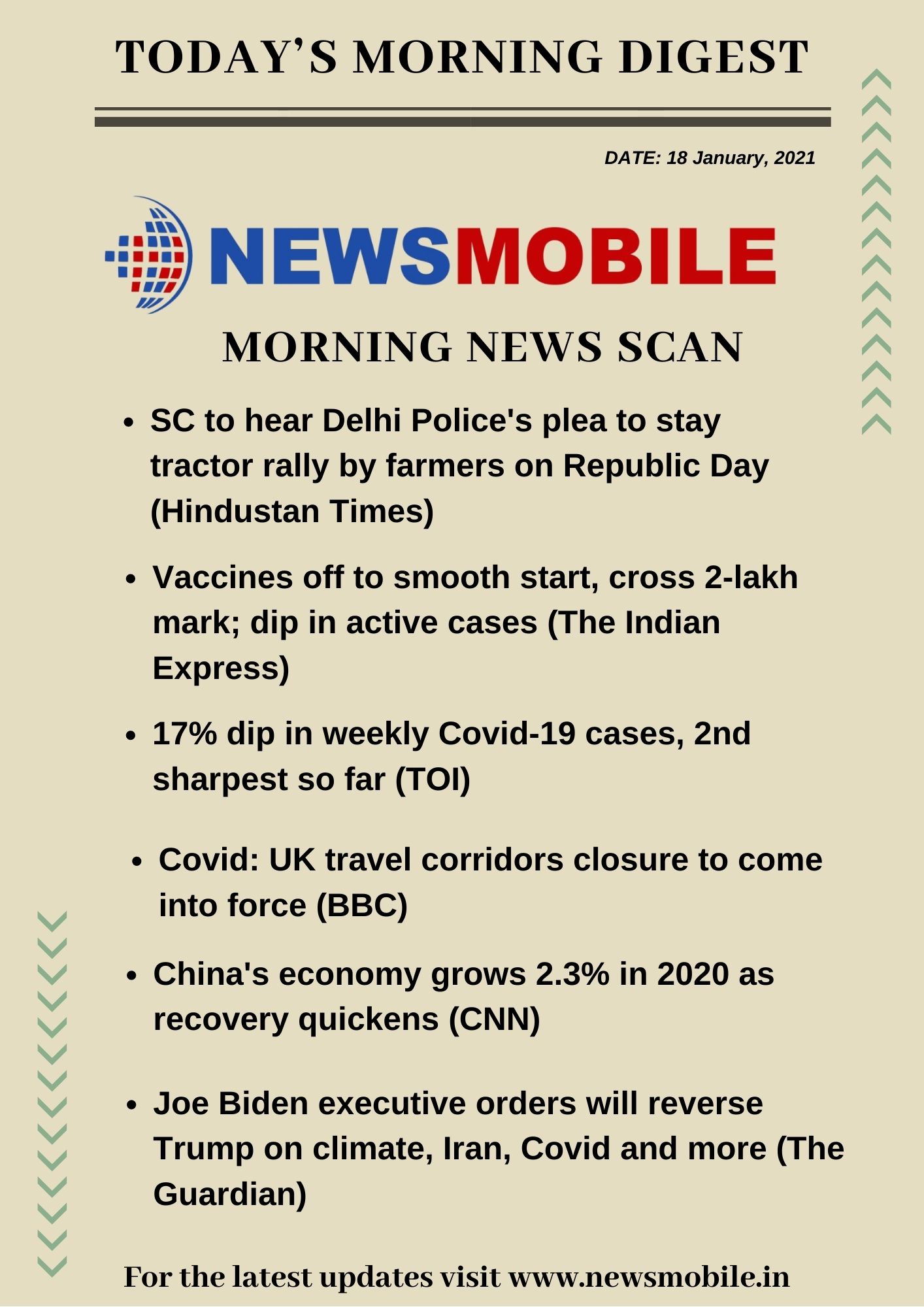 2. The deaths have surged to more than 2.02 million, according to the Johns Hopkins University.

3. In its latest update on Monday morning, the University’s Center for Systems Science and Engineering (CSSE) revealed that the current global caseload and death toll stood at 95,003,533 and 2,029,938, respectively.

6. The U.K. will step up its mass vaccination program this week as the country shuts its borders to anyone who hasn’t tested negative. German Chancellor Angela Merkel and state leaders appear likely to extend lockdown measures and may impose a curfew in hotspots.

7. Japanese Prime Minister Yoshihide Suga vowed in a speech to parliament to overcome the latest wave of coronavirus infections and reiterated that the government was preparing to start vaccinations by late February.
8. Thailand reported 369 new coronavirus infections, with 357 categorized as local infections, according to Apisamai Srirangsan, Covid-19 center spokeswoman.
9. Norway’s reports of several dozen elderly people dying after receiving inoculations of the Pfizer Inc. shot is raising concerns among some Asian nations.
10. Korea’s President Moon Jae-in said the country may reach herd immunity by November at the latest, as inoculations may begin in late February or early March.