Amid ongoing farmers’ protest, a lot of misinformation is doing rounds on social media.

A case in point is a photograph of a Sikh man which is being shared with a claim that the  man is posing as a Sikh while in reality he is offering namaz.

The Viral picture with the text embodied on it, reads, ‘Jaldbazi mein apni asli topi nahi laga paye… #Kisan Andolan..’ in hindi, and was shared with a caption, “This man posing as Sikh (Fake Sikh) with a temporary turban forgot to change to his original Islamic cap while offering Namaz #fakefarmersprotest.” 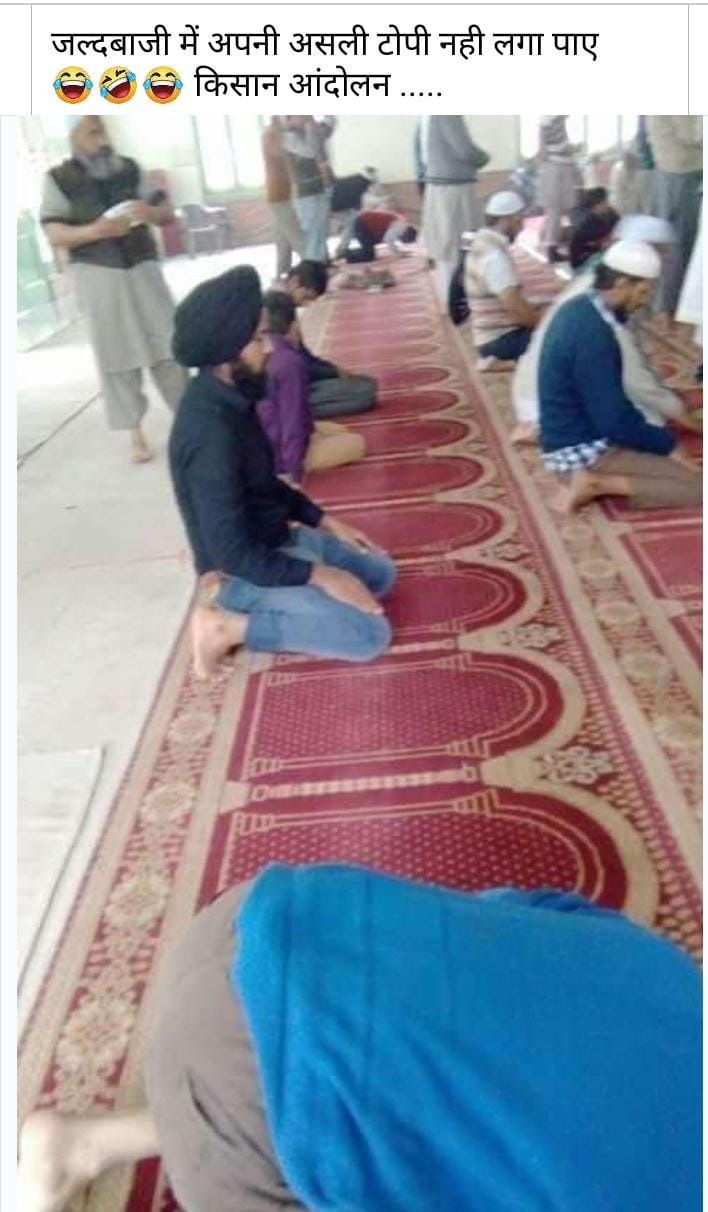 The viral post can be seen here and here.

NewsMobile fact-checked the claim and found it to be misleading.

To discover the origin of the photograph, we first ran it through Reverse Image Search on Google, and found this picture on a website called, ‘sikhawareness.com’.

This photograph was found in the comment section of the website, where a user had posted this photograph in 2019, which was a screenshot of someone’s Facebook profile.

From here we got our first clue that the picture was not from recent protests but has been in circulation since 2019. 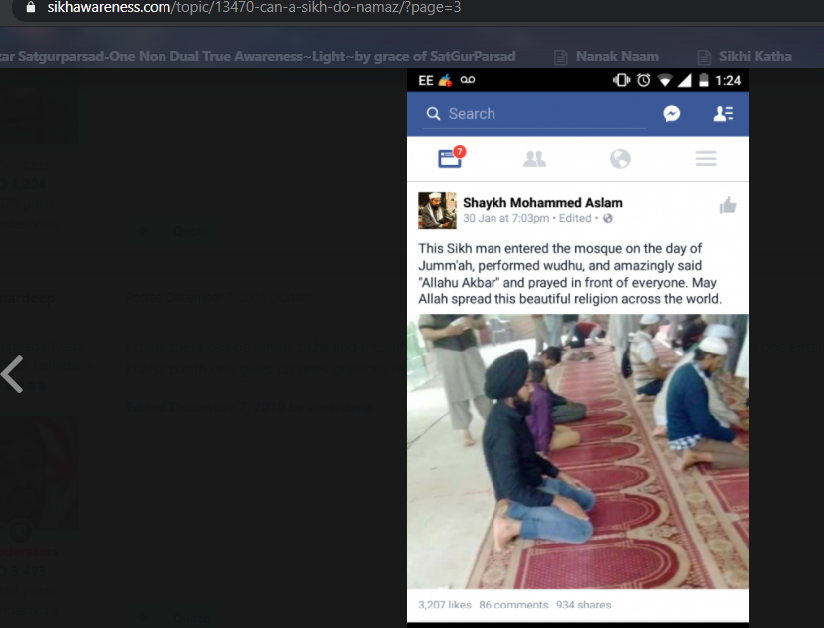 To double-check, we then searched Shaykh Mohammed Aslam‘s profile on Facebook and found this post on his timeline from January 31, 2016 (5 years ago).

The post read, “This Sikh man entered the mosque on the day of Jumm’ah, performed wudhu, and amazingly said “Allahu Akbar” and prayed in front of everyone. May Allah spread this beautiful religion across the world.”

On doing a keyword search on Facebook we discovered that similar photographs were shared by other pages as well.

This page called, ‘Indian Muslim Ki Awaz’ shared this image on 23 January 2016, along with another image from a similar location.

Hence this establishes the point that the image in the claim is not recent and is not linked with ongoing farmers’ protest. However, NewsMobile independently couldn’t ascertain the origin and location of the picture.

Thereby, the claim in the post is proved to be misleading.