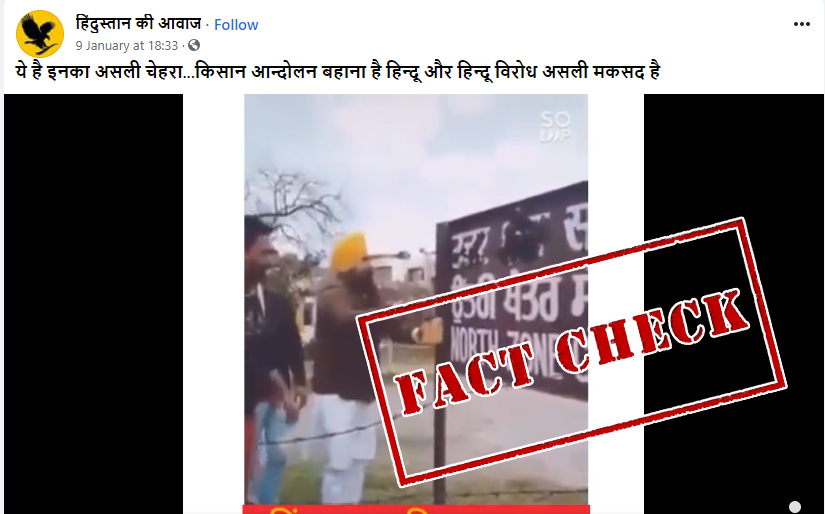 Video of a man painting the Hindi script black on a signboard is being shared on social media with a claim that farmers are now protesting against the use of Hindi language on signboards.

(Translation: This is their real face… Farmer’s movement is an excuse. Opposition of Hindi  and Hindus is the real motive) 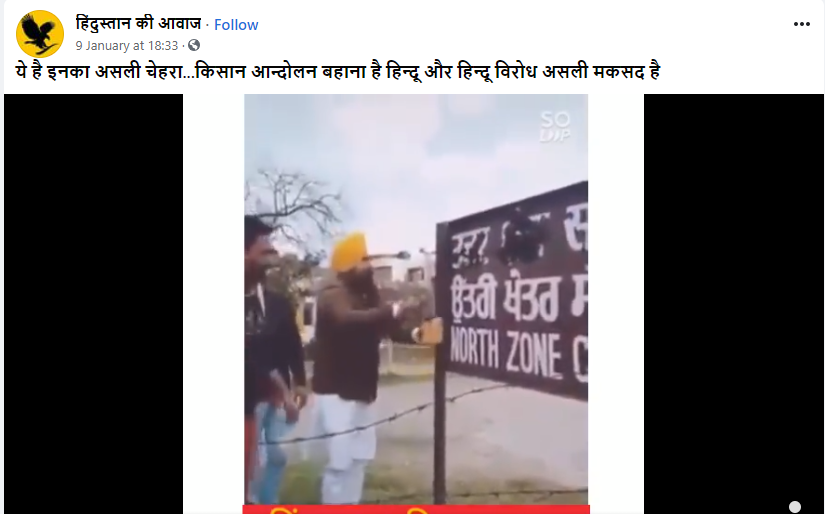 Similar videos can be seen here, here, here and here.

NewsMobile fact-checked the video and found it to be old.

We extracted keyframes of the video and put them through Reverse Image Search.

The search led us to the video report by Sathiyam News, a Tamil media organisation, featuring the same video. The translated title of the video uploaded on September 14, 2020, read, “Not only in the south…But also in the North | In Punjab | stop Hindi imposition.” 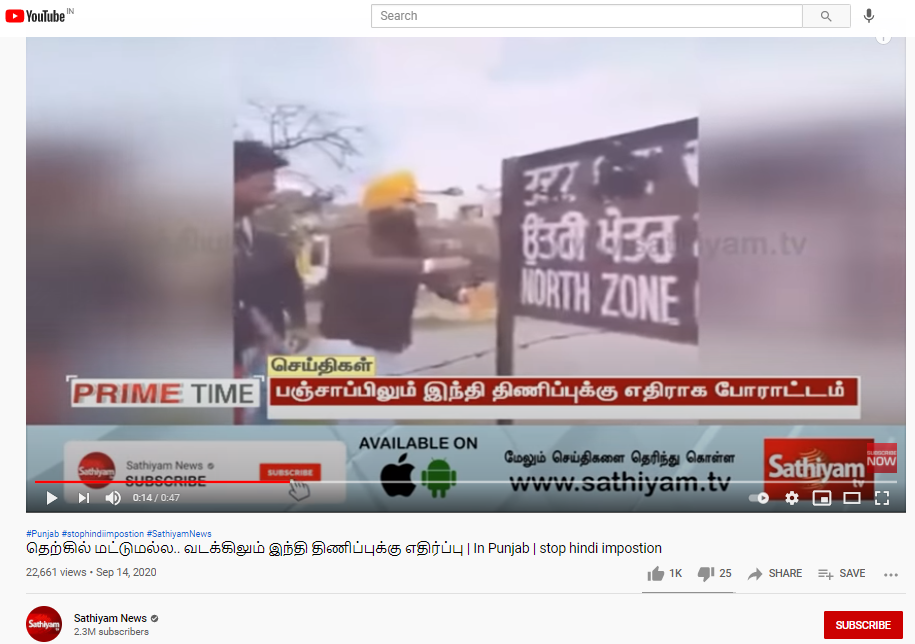 We also found the same video on YouTube uploaded on February 22, 2019.

This proves that the video in circulation is OLD and not connected to the farmer’s protest, but is a video connected to another issue.

Moreover, previously, we had also debunked a similar false post, where pictures from 2017 were being shared with similar claims.

Hence, from the above fact check, it is clear that the video is OLD and has no relation on with the ongoing Farmers’ movement.