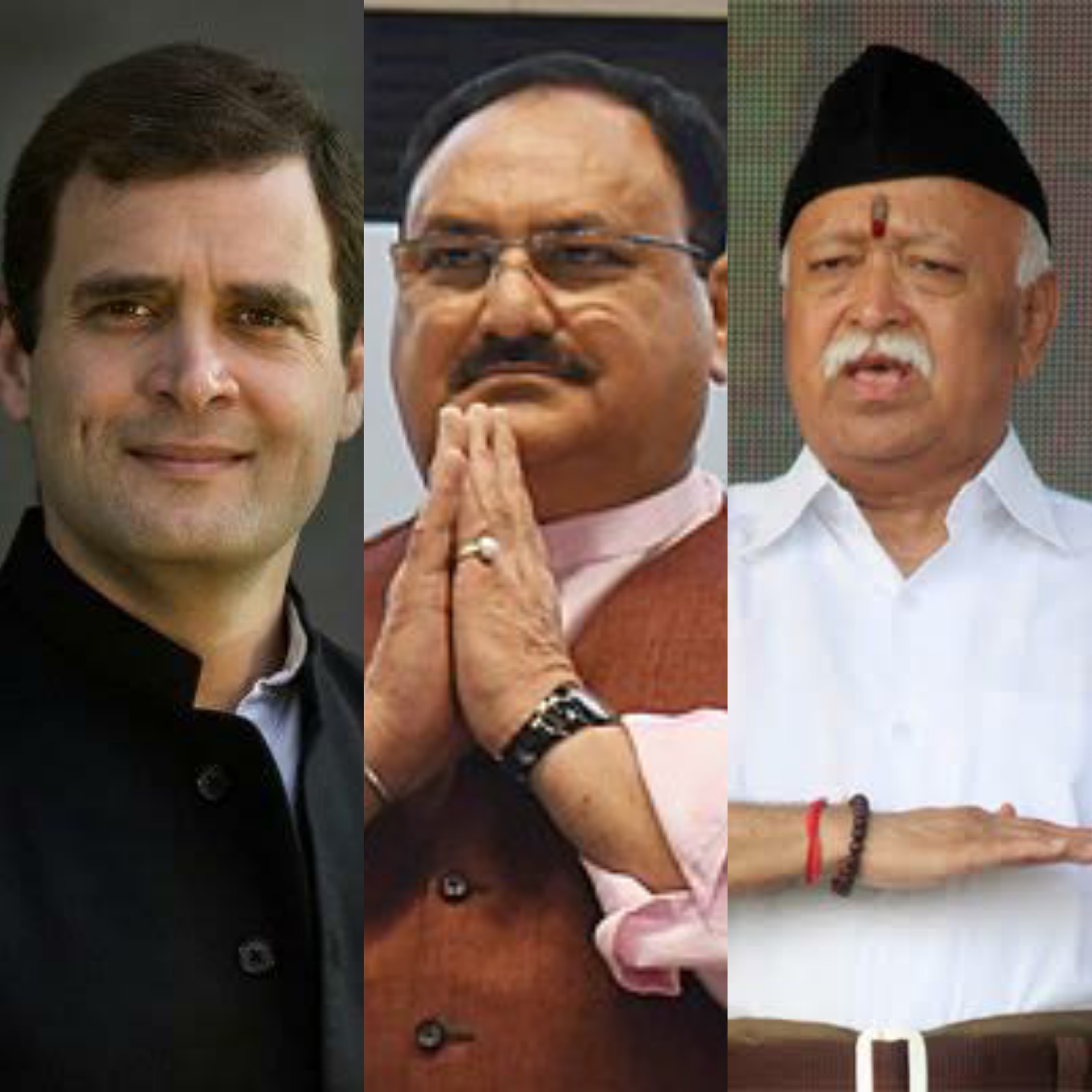 Political temperatures are soaring in Tamil Nadu as Congress MP Rahul Gandhi, BJP President JP Nadda and RSS Chief Mohan Bhagwat reached the southern state on Thursday on the occasion of the festival of harvest, Pongal. In a bid to garner voter’s confidence ahead of the upcoming Assembly elections in the state, the festival of harvest turned as a battleground for the national parties looking to inch their way into Tamil Nadu.

Tamil Nadu which celebrates Pongal for the next four days, saw RSS Chief Mohan Bhagwat offering Pongal prayers at the Sri Kadumbadi Chinnamman Temple in the state capital’s Ponniammanmedu locality. Bhagwat is in the state on a two day visit.

“Pongal is celebrated for three days in Tamil Nadu, unlike the rest of India where it is a day-long festival. On day-one, Sun and Goddess Lakshmi are worshipped, which represents prosperity. On day-two, cows are worshipped. The cow represents nature and provides assistance to us. We worship her to thank all those who work for us. On day-three, we meet our acquaintances and eat sweets. Sweets represent that our speech should be cordial with everyone.” Said Mohan Bhagwat.

BJP President JP Nadda made his way to the southern state as well and is attending the party’s Pongal event. In the morning Prime Minister Narendra Modi extended greetings on Pongal on twitter.

Pongal greetings to all, especially my Tamil sisters and brothers. This special festival showcases the best of Tamil culture. May we be blessed with good health and success. May this festival also inspire us to live in harmony with nature and further the spirit of compassion.

On the other hand Rahul Gandhi courted controversy by attending a Jallikatu festival in Madhurai, ten years after virtually banning the sport and five years after supporting ban on the bull-taming sport. Gandhi was joined by DMK youth leader Udayanidhi Stalin. Jallikatu is a sport celebrated by farmers on the third day of Pongal.

“I have come here as I think Tamil culture, language, and history are essential for India’s and need to be respected. I’ve come here to give a message to those who think that they can run roughshod over Tamil people, can push aside Tamil language and Tamil culture.” Said Rahul Gandhi at the event.

Gandhi had earlier tweeted on his visit to Tamil Nadu.

Coming to celebrate Pongal with you in Madurai, Tamil Nadu. pic.twitter.com/CSUpyUHJaR

in 2011, the UPA government at the Centre had banned the festival stating that it amounted to cruelty against animals. The Environment Ministry under the then Minister Jairam Ramesh had  issued a notification banning the use of bulls as performing animals in the festivals. This did not stop Jallikatu from continuing to be performed under the Tamil Nadu Regulation of Jallikattu Act.

The Supreme Court went on to then put a ban on the sports in 2014, stating that bulls cannot be used as performing animals. The ban was lifted by the Centre in 2016 after the BJP government came into power while the Supreme Court delayed it’s verdict over the Centre choosing to lift the ban, to prevent unrest.

The BJP now terms Gandhi supporting the bull taming festival as double standards and reminded the Congress how they had wanted to mention the ban on Jallikatu as part of their 2016 Assembly election manifesto.

Congress is looking to maximise it’s gains in the state in the upcoming elections, though they are an ally of the DMK, which is the main opposition to the ruling AIADMK in Tamil Nadu. The BJP is an ally of the AIADMK, which goes into these elections without big names like J Jayalalitha and M Karunanidhi.