A collage in which some people can be seen defacing signboards is being shared on social media with a claim that after damaging Reliance Jio towers in Punjab, farmers are now against the use of Hindi language on signboards.

The incident is being linked with the ongoing farmers’ protest over the three farm laws.

(Translation: After destroying Reliance Jio tower, next job is Hindi will not be used. Are they farmers? #Jai_Jawan_Jai_Kisan)

You can check the similar posts here, here, here and here. 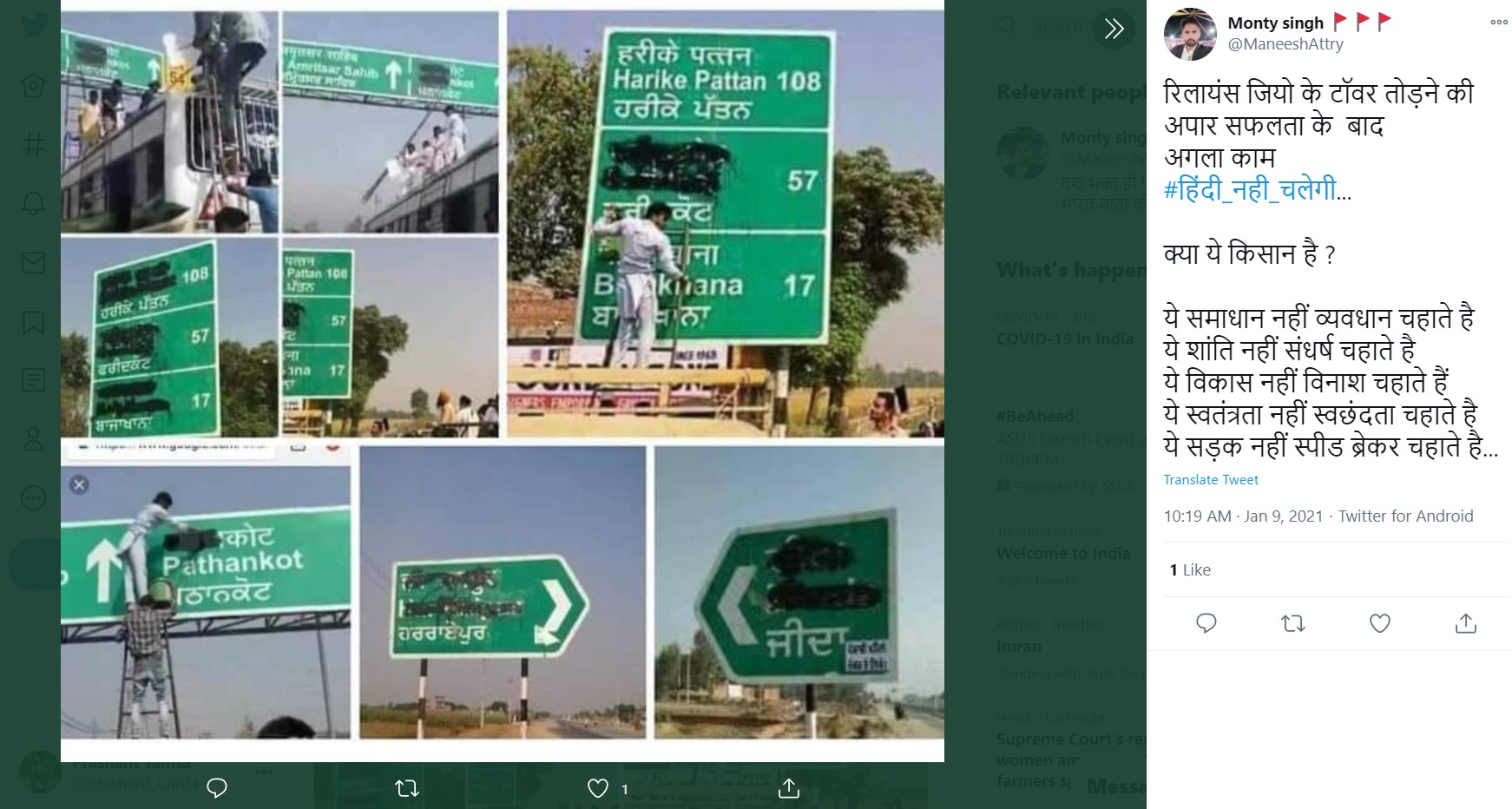 We did a Google Reverse Image Search along with some keywords and found two news reports by The Times of India and Hindustan Times published in 2017 featuring one of the pictures in the collage.

In the TOI report, dated October 22, 2017, the same picture is used as the feature image in the story titled “Activists deface signboards along Bathinda-Amritsar highway.” 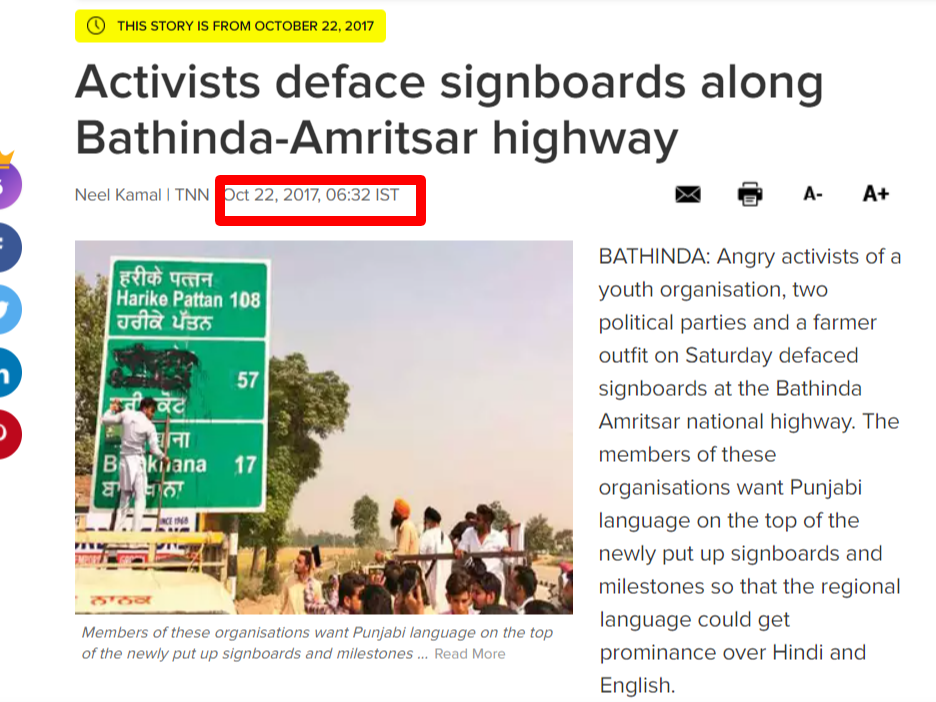 As per the report, members of several political parties and a farmer outfit defaced signboards on the Bathinda Amritsar National Highway demanding Punjabi language to be on the top of the newly put up signboards and milestones so that the regional language could get prominence over Hindi and English.

The Hindustan Times also used the same image in its report dated October 25, 2017, with the headline “Punjabi to be on top, National Highway signboards being amended.” 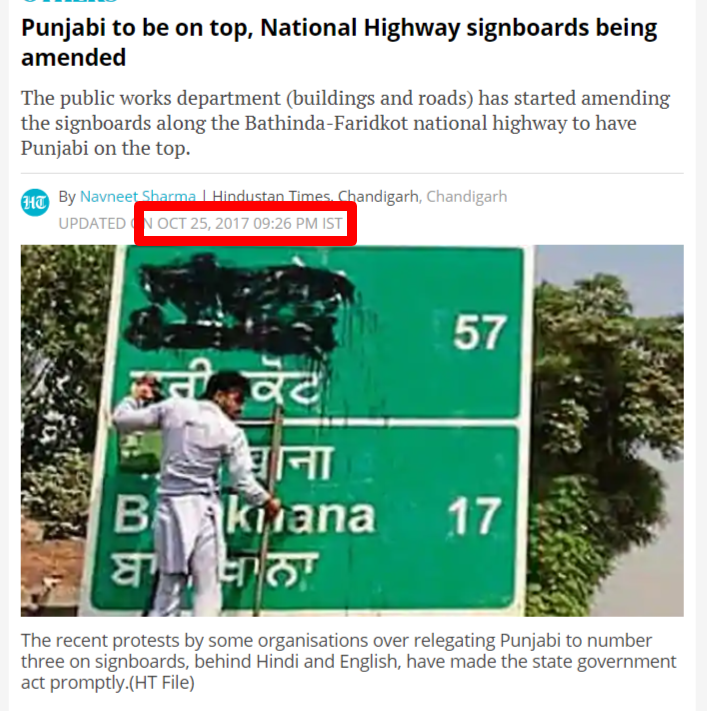 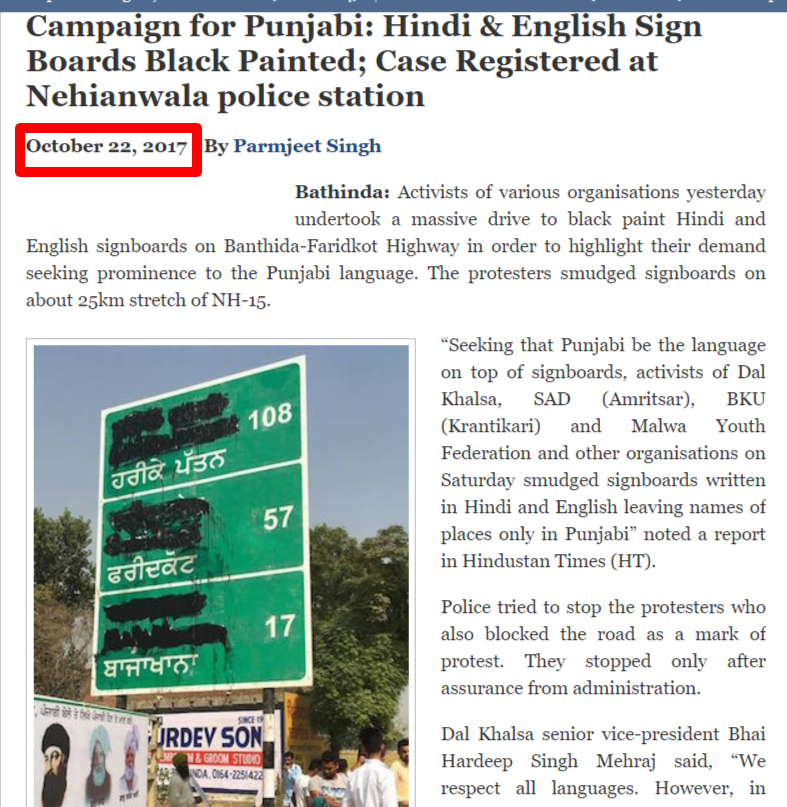 You can check another article with the same pictures dated October 24, 2017, here.

Hence from the above information, it is clear that the pictures being shared are from October 2017. Therefore, the claim that farmers protesting against farm laws are against the use of Hindi, is false.