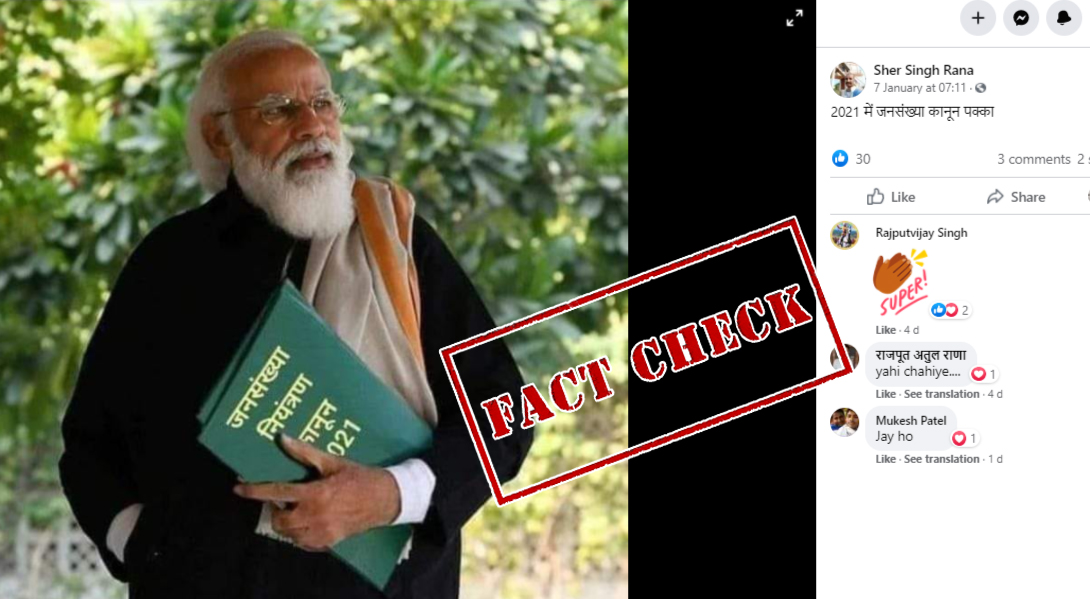 A picture of Prime Minister Narendra Modi holding a file is making rounds on social media. As per the cover of the file, PM is holding the Population Control Bill 2021. 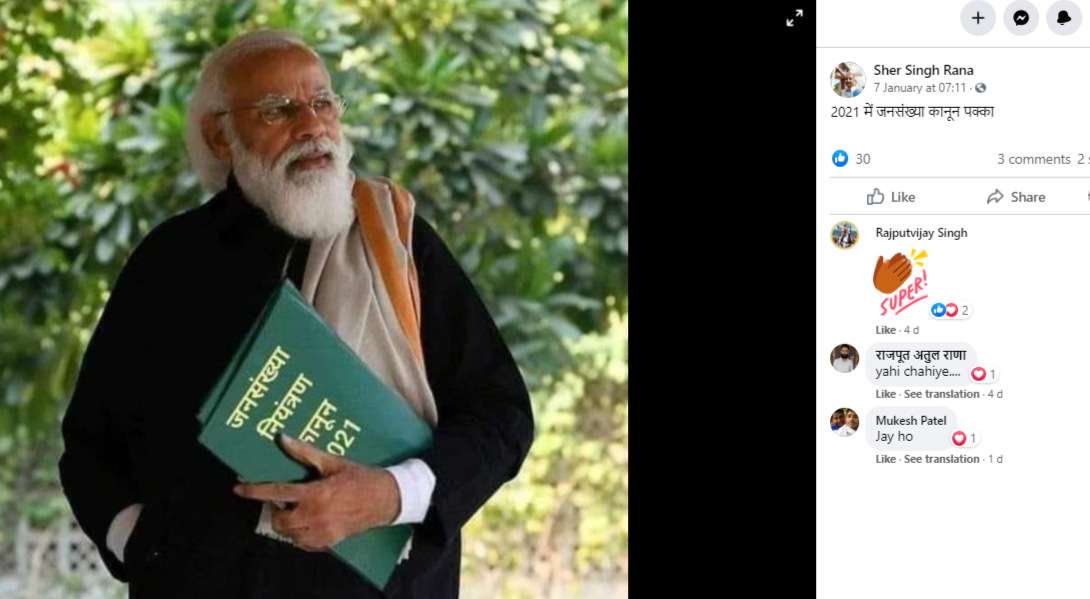 NewsMobile fact-checked the post and found the picture to be morphed.

A simple Reverse Image Search of the picture led us to the Facebook page of PM Narendra Modi, where the same picture was uploaded on December 26, 2020.

“On the way to attend a programme with my sisters and brothers of Jammu and Kashmir earlier today,” the caption of the post read. 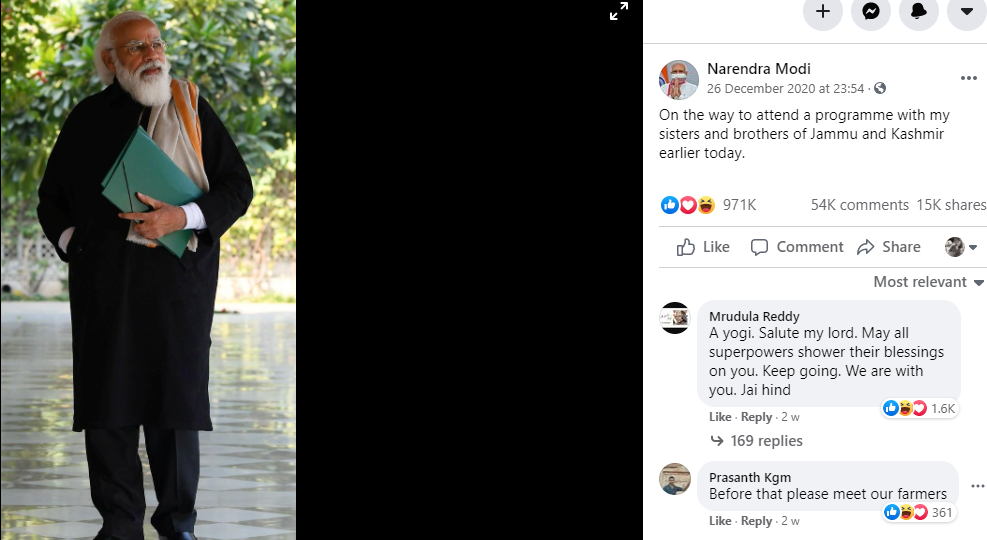 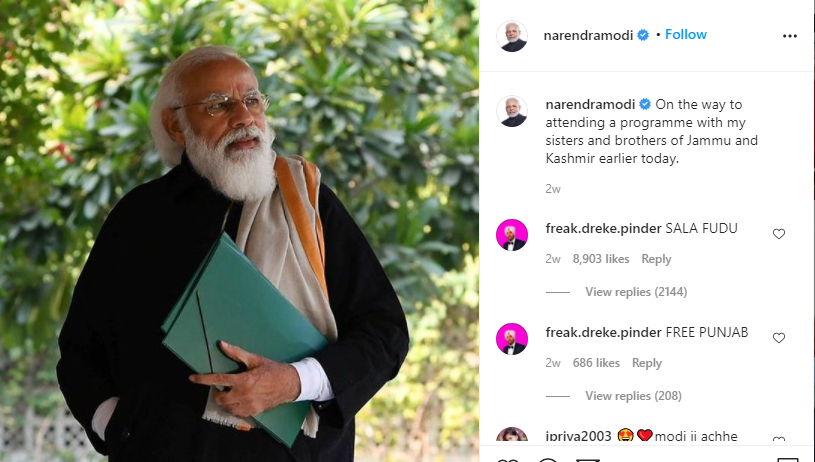 In the original picture, it is clearly visible that the cover of the file is BLANK. 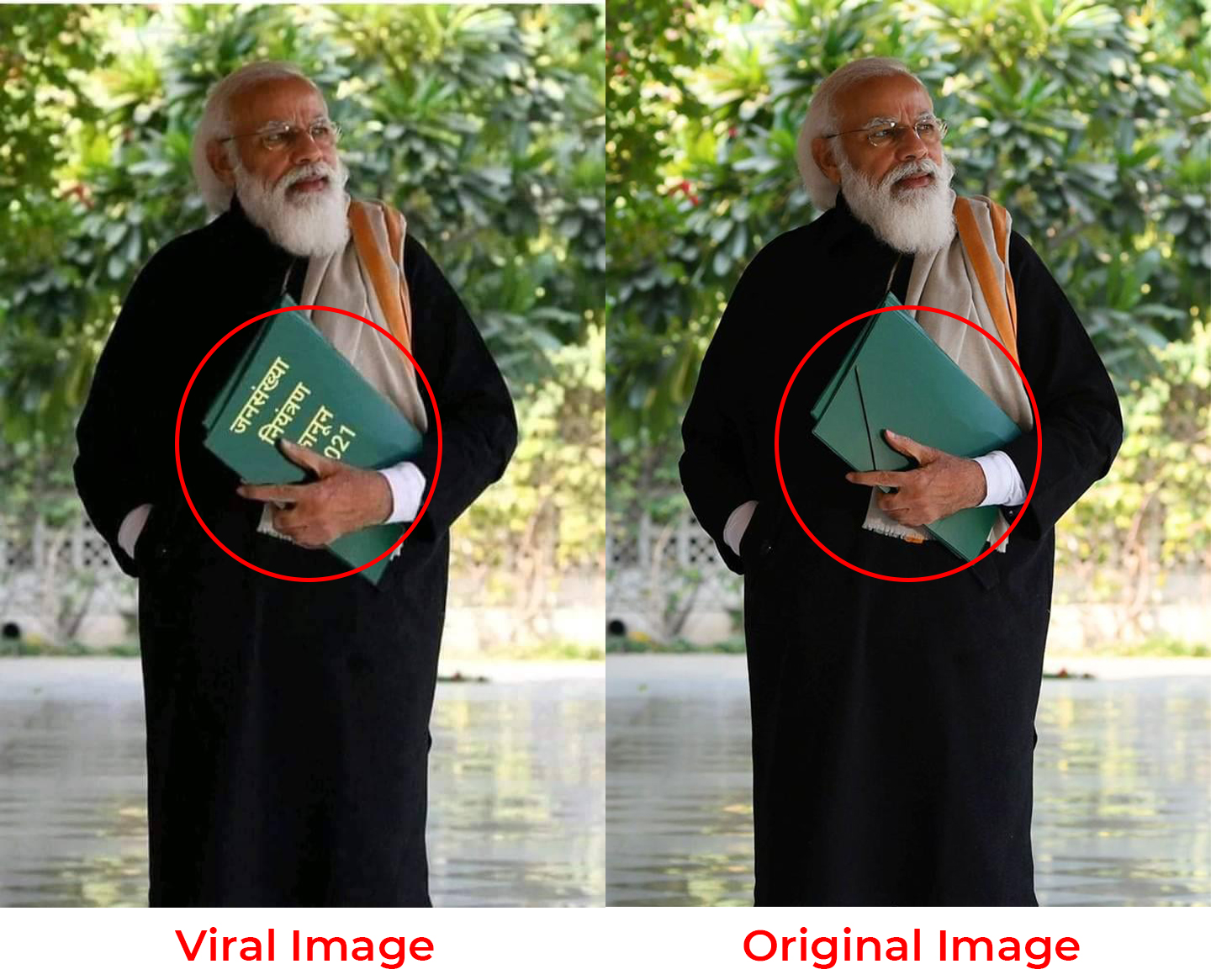 We then also searched for ‘Population Control Bill 2021’ and found few media reports from August and September 2020 where it was reported that the idea of the Bill originated after BJP MP Anil Agrawal, in a letter addressed to Prime Minister Narendra Modi, raised questions with regards to India’s rising population. 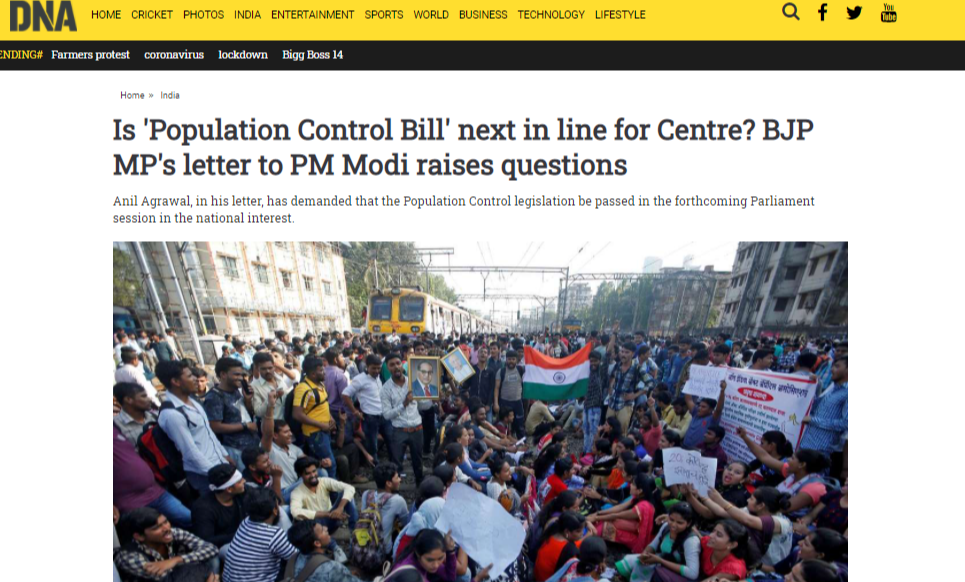 Soon, similar demands of the Population Control legislation was raised by other MPs also. 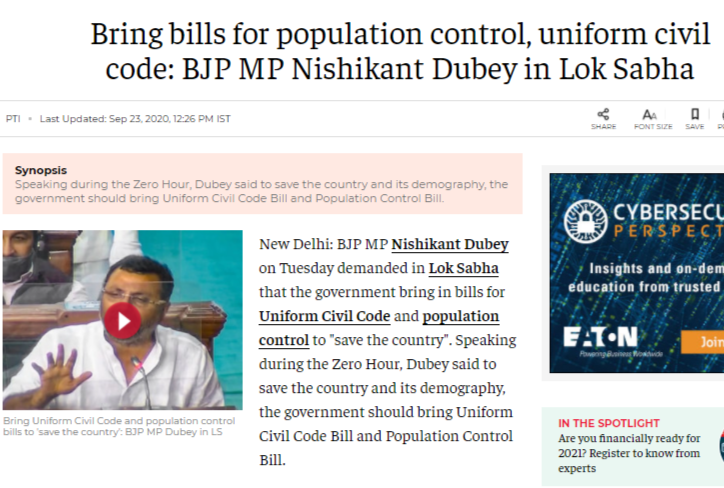 However, there is no latest information available about the said Bill on government websites.

Hence, from the above fact check, it is clear that the post in circulation is false.