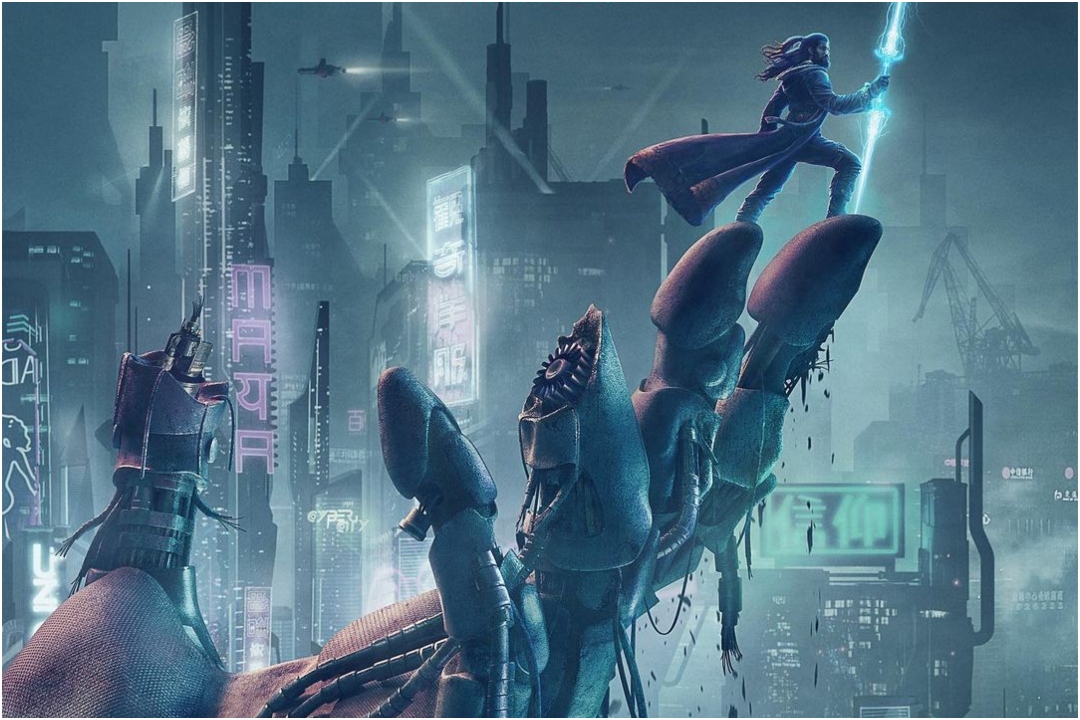 On the second anniversary of ‘Uri: The Surgical Strike’ Bollywood star Vicky Kaushal released the first look from futuristic sci-fi film ‘Ashwatthama’, that is based on a character from the chapter of Mahabharata.

The ‘Manmarziyaan’ star took to Instagram and shared intriguing posters from the film.

The first look features two posters of the film that sees a humongous machine-made hand, on which the protagonist — Aswatthama — stands up with his shinning weapon, amid the backdrop of a high tech city.

The second look features a huge idol of Lord Siva, in front of which Ashwatthama stands with his thundering weapon.

Along with the post, Kaushal noted, ”On the 2nd anniversary of ‘URI-The Surgical Strike’, the team gives you a glimpse into the world of #TheImmortalAshwatthama.”

”Cannot wait to get onto this journey with the dream team of @adityadharfilms #Ronnie Screwvala @rsvpmovies @soniyeah22,” he added.

In 2018, Aditya Dhar’s directorial debut, ‘Uri: The Surgical Strike’ produced by Ronnie Screwvala, was released that stroke gold at the box-office. It also won three National Awards. Kaushal has also been bestowed a National Award for his performance, Dhar too won the prestigious award for his direction.

‘Ashwatthama’ marks the second collaboration between the trio Kaushal, Srewvala and Dhar who have delivered a memorable hit with ‘Uri: The Surgical Strike.’