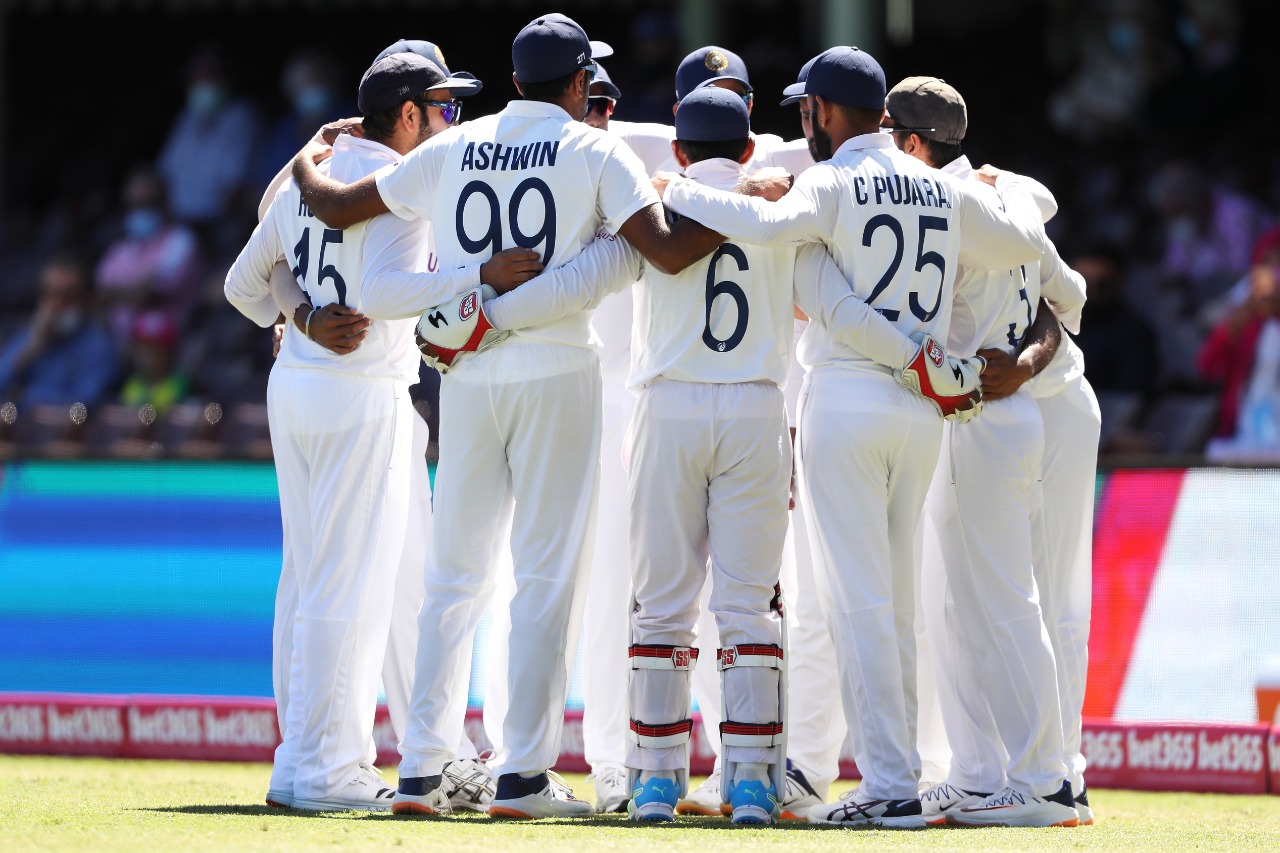 Team India managed to draw the third Test match against Australia, with an exemplary performance on Day 5, at the Sydney Cricket Ground.

Batting out 131 overs, in the second innings, showed exactly what Ashwin meant when he spoke about playing like true warriors at the end of the fourth day’s play at the SCG. A hamstring injury notwithstanding, Vihari hit an unbeaten 161-ball 23 while Ashwin hit 39 off 128 balls as the two defended away any hopes Australia had of registering a win.

131 overs is also the most number of overs India has batted in the fourth innings of a Test since 1980.

DRAW! It’s a draw! India bat out the final day to hold on with five wickets in hand.

With an injured Ravindra Jadeja waiting in the pavilion, it was important for the two to ensure they saw India to the end and that is just what they did as the players shook hands with an over left.

“The atmosphere in the dressing room is electric. In Test cricket we don’t get a lot of draws, it was a really exciting last session. I just went to Pujara and told him, you sold me down the river me in both the innings. Cummins was bowling in a different league altogether. There was a bit of double bounce, so it was difficult against Cummins. I think facing Bumrah in the nets is not easy. We have bowlers who can bowl in the 150s. I have been batting well in the nets, so it was great to spend some time in the middle,” said R Ashwin after the match.

India’s stand-in skipper Ajinkya Rahane said that the team wanted to show character and fight till the very end.

“Our conversation this morning was to show character and fight till the end. Not to think about the result. Really happy with the way we fought especially today, but throughout the game. Even in the first innings when Australia were 200 for 2 and getting them all out for 338 was really good. There are few areas we can improve on but special mention to Vihari and Ashwin,” said Rahane at the post-match presentation.

With the game clearly in Australia’s court, Pant decided to show why the team has backed him despite his inconsistent run.

A fearless brand of cricket from him suddenly saw India walking into the lunch break with the score on 206/3. With 201 needed and Pant on a roll, it suddenly looked like India was playing to go 2-1 up in the series. Credit must also be given to Cheteshwar Pujara as he kept the board ticking and didn’t get into a shell.

Pant’s enjoying himself out there now!

The historic draw left the Australian team in a lurch. Tim Paine had a hard time with the gloves, he missed 3 crucial wickets of Rishabh Pant and Hanuma Vihar that could have ended India’s resilient innings.

Paine on Monday said that the result was a tough one to swallow and not holding onto catches costed the side.

“I thought we created enough chances to win the game, this one’s a tough one to swallow. Our bowlers were superb, (Nathan) Lyon bowled well. Just that we didn’t hold onto our catches. Looking forward to Brisbane. We didn’t play our best in the last two games, but we were somewhat good with the bat in this Test. There were a few positives for us, our bowlers created plenty of chances,” said Paine during the post-match presentation. “Today was a whole-hearted effort from the boys, just that things didn’t go our way.

Hope all of us realise the importance of pujara,pant and Ashwin in cricket teams..batting at 3 in test cricket against quality bowling is not always hitting through the line ..almost 400 test wickets don’t come just like that..well fought india..time to win the series @bcci