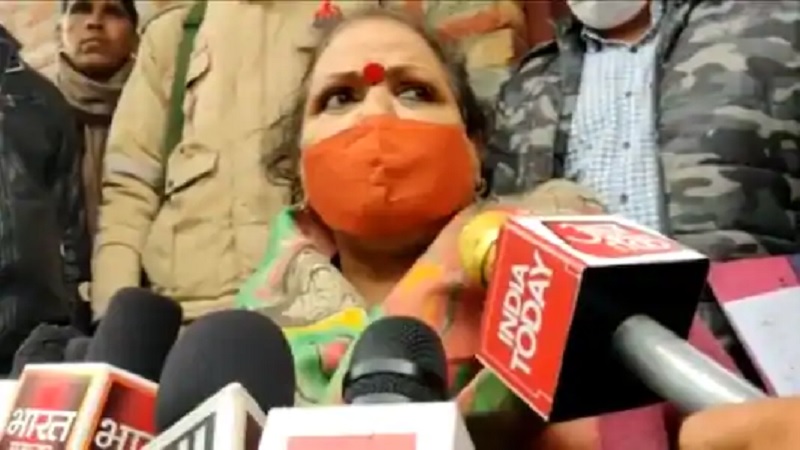 A statement from a member of the National Commission For Women (NCW) regarding the horrific gangrape and murder of a 50-year-old member in Uttar Pradesh’s Badaun is making India seethe in anger.

While visiting the kin of the deceased woman, NCW member Chandramukhi Devi said that the incident would not have happened had the lady not stepped out alone of her house in the evening.

Speaking to reporters, Chandramukhi Devi said, “Even if she is under pressure from someone, a woman should keep track of time and should not venture out late. I wonder if the victim had not gone out alone in the evening, or gone with a family member, she could have been saved.”

The statement saw massive outrage on social media, with netizens asking for an apology. NCW Chairperson Rekha Sharma said, “I don’t know how and why the member has said this but women have the right to move on their will whenever and wherever they want to.”

No I don’t..I don’t know how and why the member has said this but women have all the right move on their will whenever and wherever they want to. It’s society and state’s duty to make places safe for women. https://t.co/WlG2DWs20G

So despite political differences .. you standing up for women freedom, mobility & liberty in this case is praiseworthy 👏👏👏

Elected Members cannot be so insensitive & irrational on public platforms

Personal opinions should not be accepted or entertained

Due to growing pressure, Devi withdrew her comments and said that the statement was taken out of context.

A two-member team of the NCW on Thursday met the family of the 50-year-old woman who was allegedly gang-raped and murdered in UP’s Badaun on January 3.

UP Chief Minister Yogi Adityanath has directed authorities to take the strongest legal action against the accused and instructed ADG Zone, Bareilly to submit a report. He also instructed the UP Special Task Force to assist in the investigation.