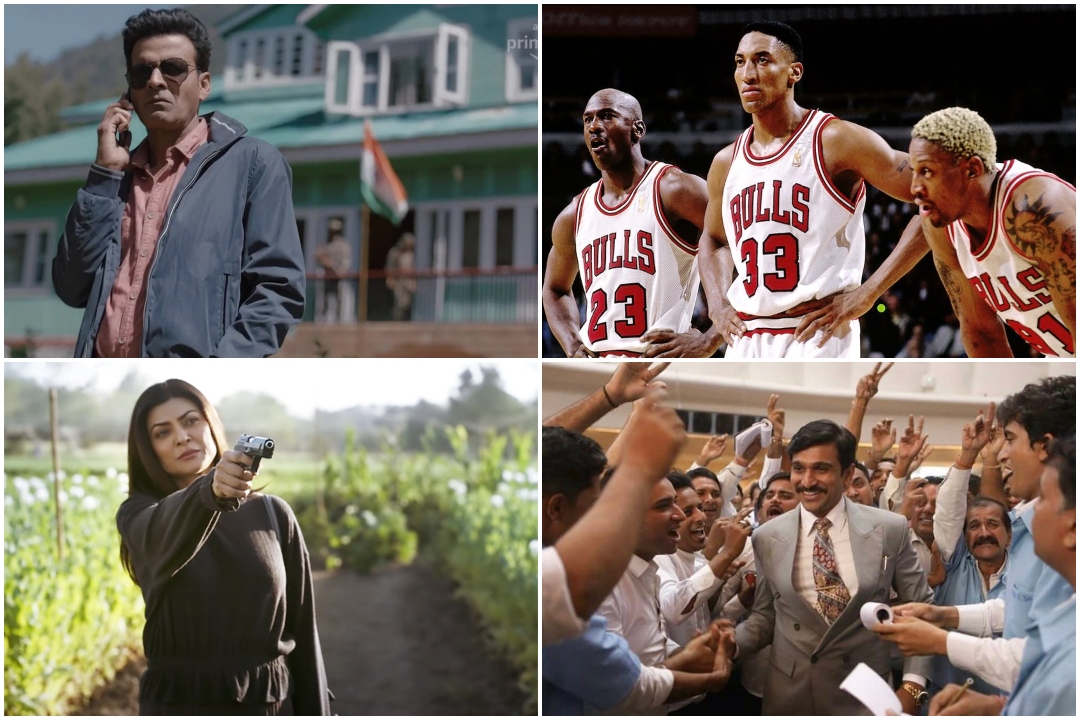 2021 calls for celebrations! This holiday season, catch up on some worthwhile shows with great performances on Amazon, Netflix, and Disney+Hotstar.

From murder mysteries and crime thrillers to light comedy and musical romance, we present a list of web series that got us binge-watching this year. 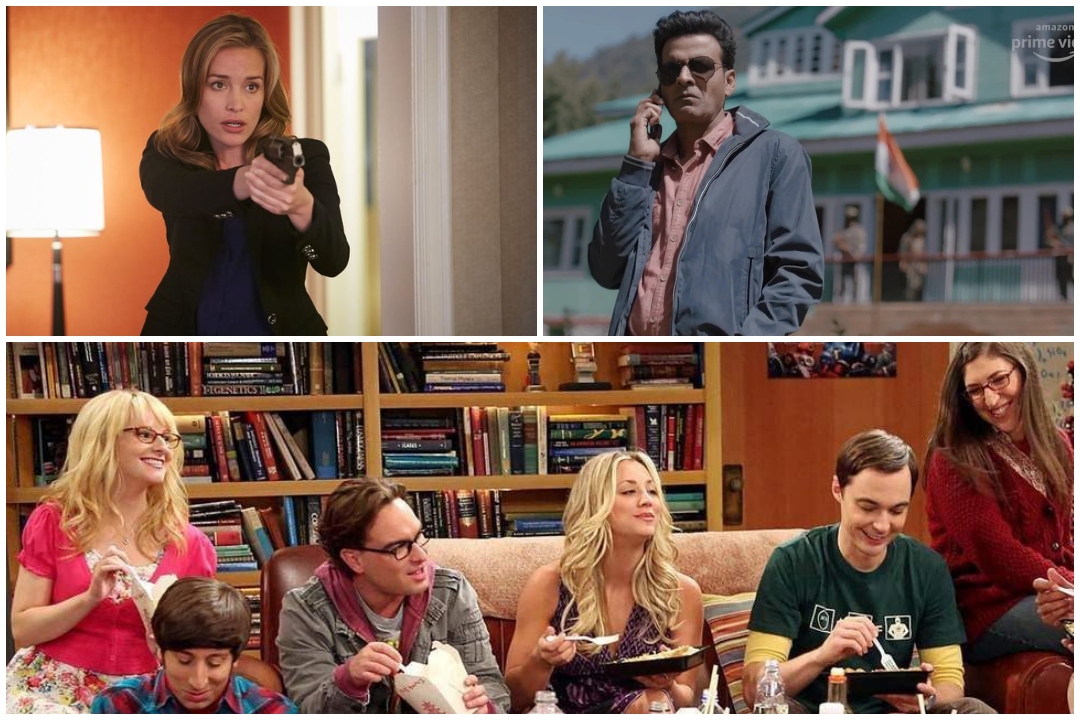 The show stars Piper Perabo as Annie Walker, a trainee CIA agent. As a result of her exceptional language skills, Walker is unexpectedly promoted to the post of a field agent, while still in training.

The Family Man is an edgy action-drama series, which tells the story of a middle-class man–Srikant Tiwari who works for a special cell of the National Investigation Agency. Srikant tries to balance his familial responsibilities with the demands of the highly secretive special cell.

The Big Bang Theory is a show centered around a pair of brilliant physicists who understand how the universe works but have no clue about how to interact with people. Friends Penny, Howard, Rajesh, Amy, Bernadette are along for the ride! 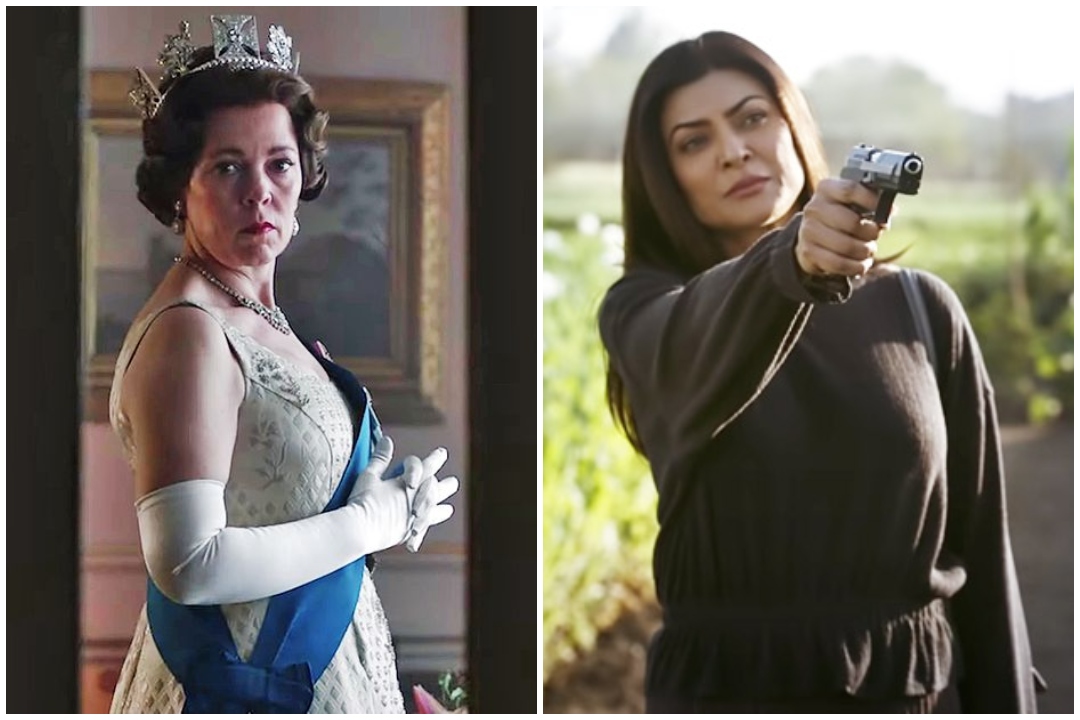 This drama follows the political rivalries and romance of Queen Elizabeth II’s reign and the events that shaped the second half of the 20th century.

Sushmita Sen made her digital space debut with Aarya this year! Hotstar’s gripping crime-drama web series is based on a Dutch series Penoza. The series revolves around a personal tragedy, kept the audience glued to their seats from the very first episode.

Director Ram Madhvani announced that Aarya would be returning for season 2. 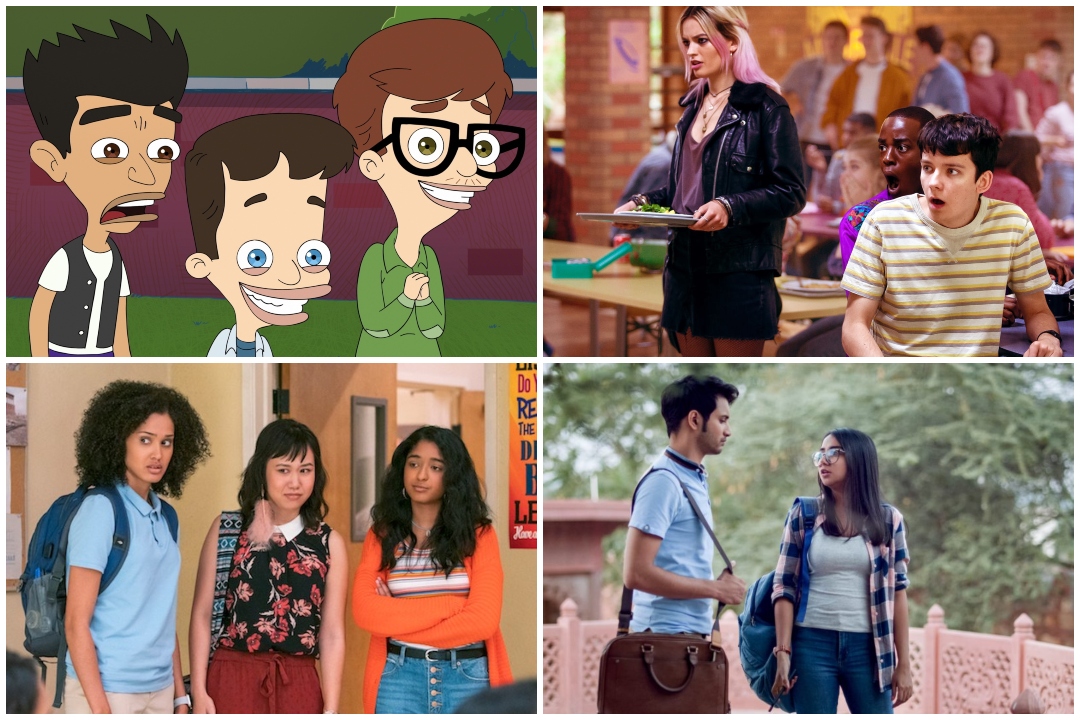 This dark adult animation may sound inappropriate to most. Deals with how teenage friends (cartoon characters between the ages of 12 and 14) find their lives hit by the wonders and horrors of puberty.

Never Have I Ever, Netflix

The series continues to receive love from the younger audience. Deals with the complicated life of an Indian-American high school student struggling with her school life, relationship with friends and love.

In case you do not know, YouTuber Prajakta Kohli made her debut with Netflix’s web series ‘Mismatched’.

The rom-com revolves around two young adults–a tech-savvy coder and gamer, Dimple, who is super ambitious, and Rishi who’s a hopeless romantic young boy. Both with totally different personalities meet at the backdrop of a technology institute and a series of events take place… 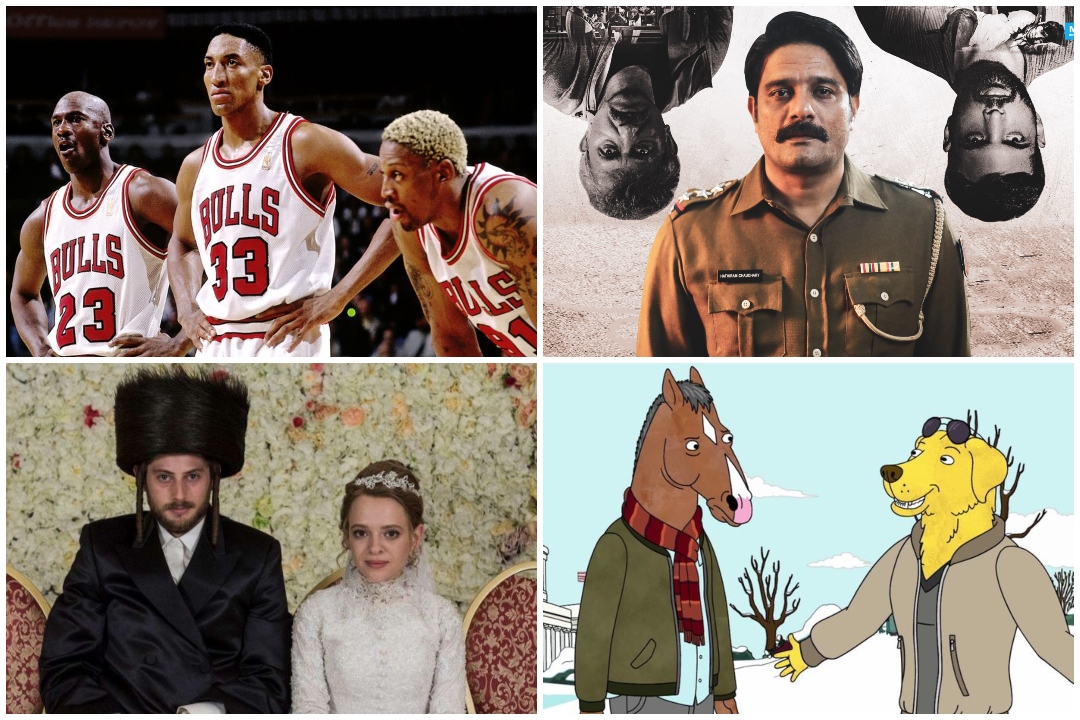 The 10 episode sports-documentary closely navigates the rise of the 1990’s  NBA’s Chicago Bulls. The series follows the great game of Scottie Pippen, Dennis Rodman, Michael Jordan, and other Bulls teammates.

Bulls made NBA history and gained immense popularity in the late 90s, led by Michael Jordan, one of the most notable players in sports history.

This crime thriller calls out a lot of failures in the Indian system ranging from political casteism to police corruption and more.

An eye-opener to most, the series showcases the life of a young woman–Esty, her struggles in New York in an Orthodox Jewish community after an unhappy arranged marriage. The thrilling story of the protagonist’s journey–her escape to Berlin to start a life with more freedom grabs eyeballs.

The limited series is in Yiddish-language, it is inspired by Deborah Feldman’s 2012 autobiography, Unorthodox: The Scandalous Rejection of My Hasidic Roots.

This brilliant American adult tragicomedy reveals the life of an animated horse and his relationship with friends Todd, Diane, and Princess Carolyn, Mr. Peanutbutter.

The 6 seasons deal with twisted psychology, demons like–powerful addiction, trauma, bad parenting, toxic friendships, heartbreaks are delivered to the audience in a comical yet dark way. 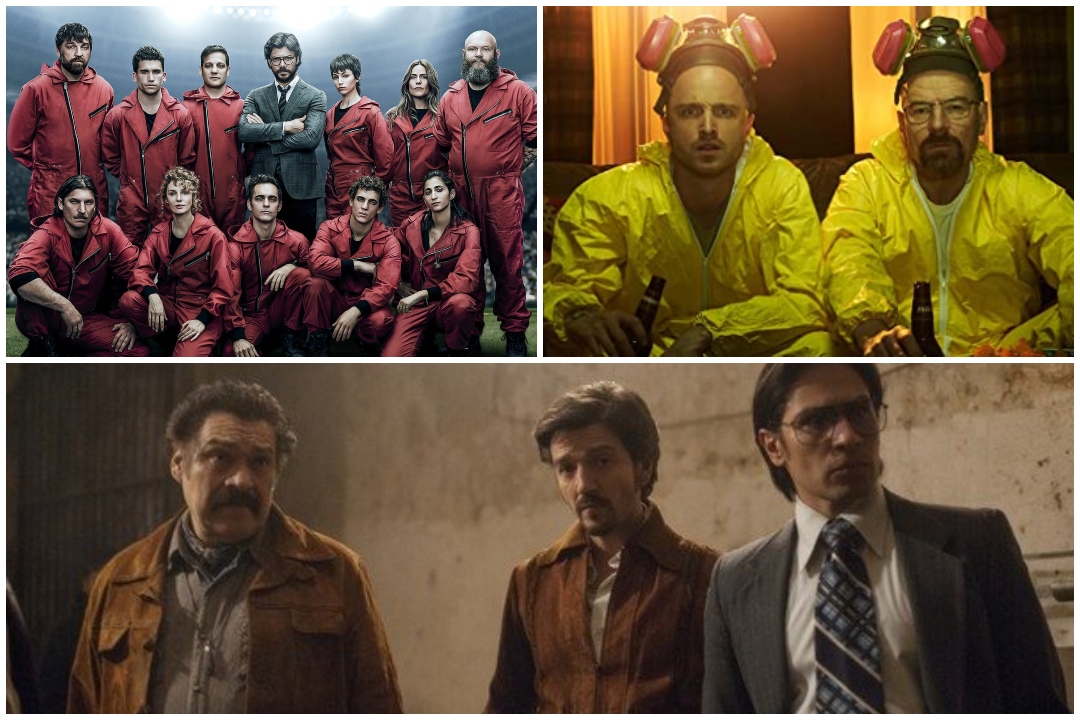 This Spanish robbery crime drama series showcases a group of thieves who attempt to steal $2.4 billion euros from the Royal Mint of Spain.

Currently, the series is Netflix’s most popular non-English language series 2021.

Breaking Bad is considered to be one of the best television shows to be ever made. It is filled with drama, twists, turns, thrills, humor, and everything you need.

Inspired by true events, ”Narcos: Mexico” tells the story of how the Guadalajara drug cartel rose to power in Mexico in the 1980s. 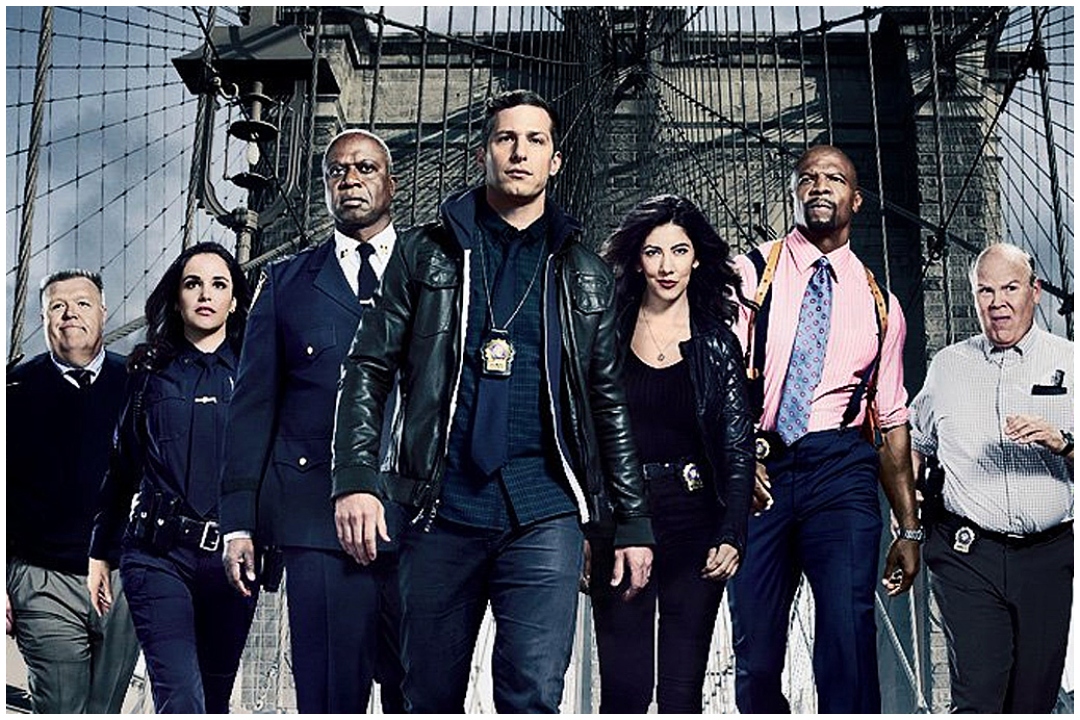 This television series is a sitcom that revolves around the detectives of the 99th Precinct of NYPD. Captain Raymond Holt, an eccentric and righteous captain, with his quirky and peculiar team of talented yet odd detectives who solve crimes in Brooklyn, NY. 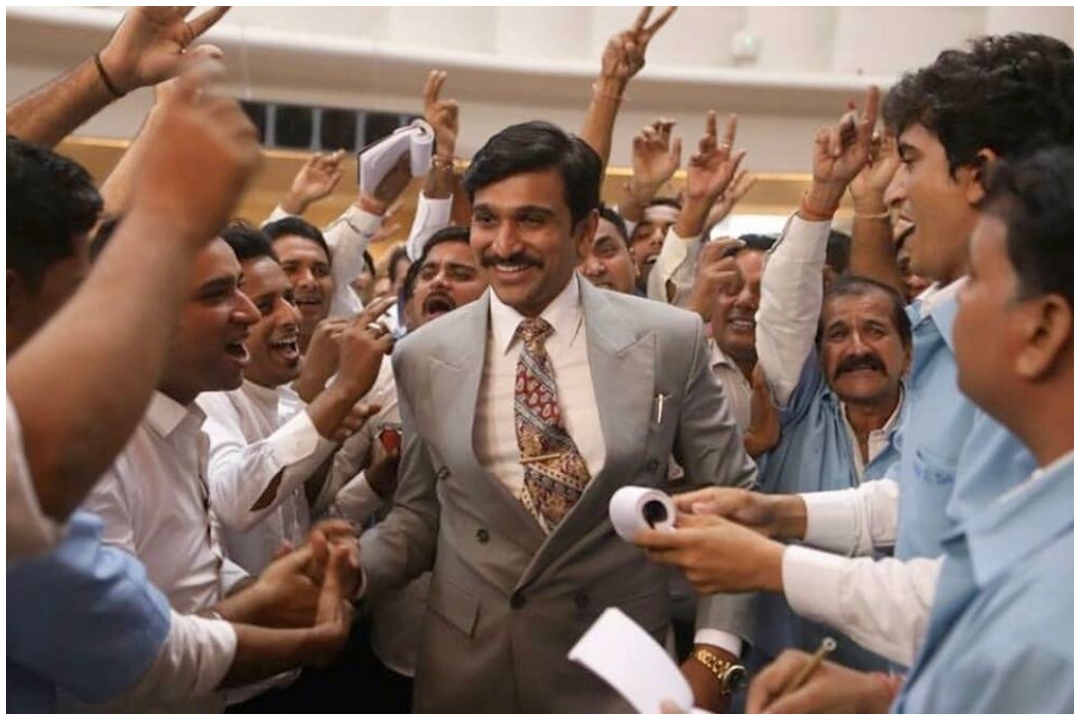