According to password management service NordPass, the most commonly used password this year would take less than a second for cybercriminals to crack. Yes, you read that right.

The service noted that ‘123456’ as the most commonly used password this year, followed by ‘123456789’, with almost a million usages. Other common passwords included ‘password’, ‘picture1’, and ‘qwerty’. 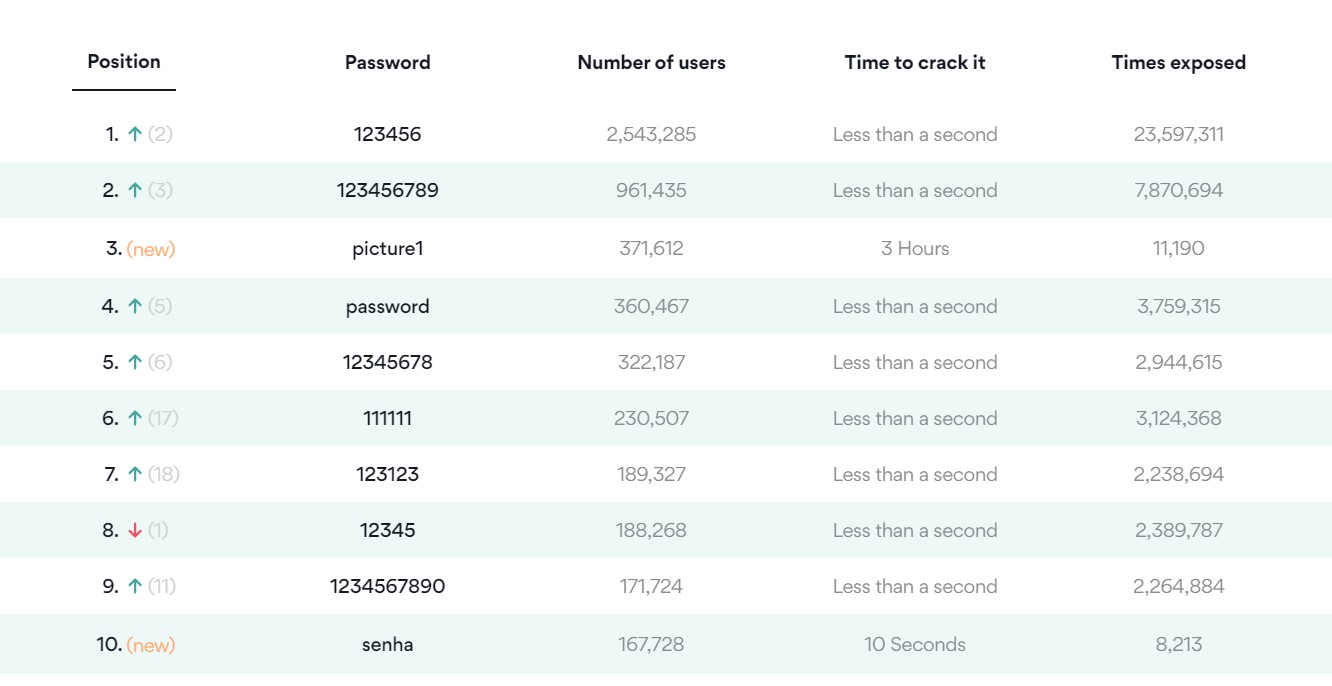 Of the top 10 common passwords, eight could be cracked in less than a second, putting users at higher risks of data breach.

ALSO READ: These Are The Words Of The Year From ‘Unprecedented’ 2020 As Per Oxford Dictionary

More than 50 passwords on the list consisted of only numbers, including ‘111111’ and ‘000000’. More than 30 on the list were random names like ‘ashley’ and ‘michael’. ‘Aaron431’ was the most popular password by name this year, beating ‘ashley’ that ranked first last year, according to NordPass.

To protect from cyberattacks, one has to refrain from using personal information like birthdate, name and contact details in passwords. A 12-character long password with a mix of uppercase, lowercase and symbols makes it harder to crack, NordPass noted.