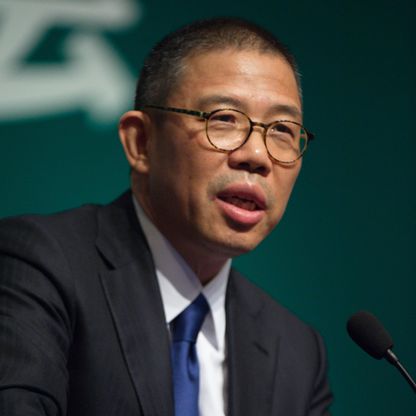 It is not India’s Mukesh Ambani anymore as Asia’s richest, but China’s bottled water king Zhong Shanshan who has made it to the list. 66 year old Shanshan surpasses other big Chinese businessmen including Jack Ma and is not just Asia’s richest but also the 11th richest person on the planet according to Bloomberg Billionaires Index.

The silent billionaire is not known to give too many media interviews despite his successful journey spanning journalism, mushroom farming and health care.  Zhong’s net worth has surpassed $70.9 billion in 2020 to $77.8 billion. The global COVID-19 crises has worked in the billionaire’s favour as he gathered his wealth from bottled water and vaccines.

The businessman’s Nongfu Spring has become a unanimous choice for packaged drinking water with their initial public offering(IPO) peaking at $1.1 billion. Zhong is also the chairman of Beijing Wantai Biological Pharmacy Co. Ltd., a vaccine manufacturer that listed in April in China. Shanshan’s company is developing a Covid-19 vaccine nasal spray in association with a prominent university.

Shanshan is a former reporter from Zhejiang and the state media reported him also being once a construction worker. The Chinese media often refer to him as the lone wolf due to his rare public appearances and chooses to avoid interviews.

India’s Ambani was known as the world’s fourth-richest person, shares of Reliance have plateaued as he comes under pressure to deliver on the digital transformation he’s promised amidst the COVID-19 lockdown.