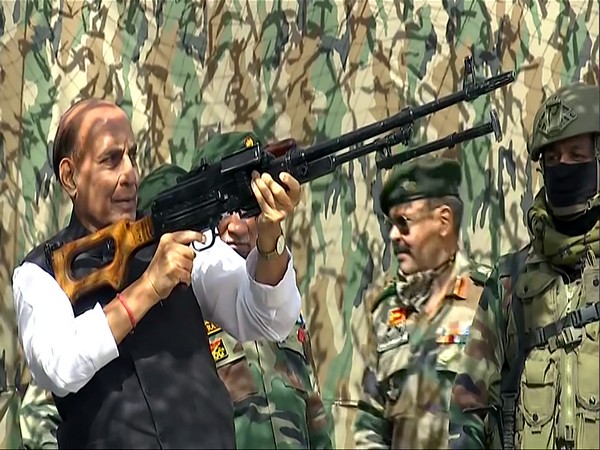 India has the capability to hit terrorist targets across the border if the need arises, Defence Minster Rajanth Singh has said and noted that Pakistan has been indulging in notorious actions along the border since its creation.

In an exclusive interview with ANI, the minister said Pakistan has been resorting to 300-400 ceasefire violations in a few months but the Army gives a befitting reply. “Ever since its existence, Pakistan has been indulging in notorious actions along the border,” he said.

The minister said the troops were working to eradicate terrorism in Jammu and Kashmir.
“The country’s soldiers have proved that not only this side, but to eliminate terrorism they can go to the other side and attack terrorist hideouts if the need arises. India has that capability, that power,” he said.

The minister had slammed Pakistan during the graduation parade at Airforce Academy in Dundigal earlier this month and said that the neighbouring country has continued with its “nefarious acts” on the border, even after losing four wars.

ALSO READ: Rajnath: Farmers Are ‘Annadatas’, Allegations Should Not Be Made Against Them