A video, where a woman can be seen engaging in a heated argument with a policeman, is being shared on social media. In the video, the policeman can be seen firing a bullet on the ground, which injures the woman.

The video is being shared with a claim that the cop shot at the woman, who is the mother of a Muslim youth, after the youth’s motorbike hit the cop’s car. 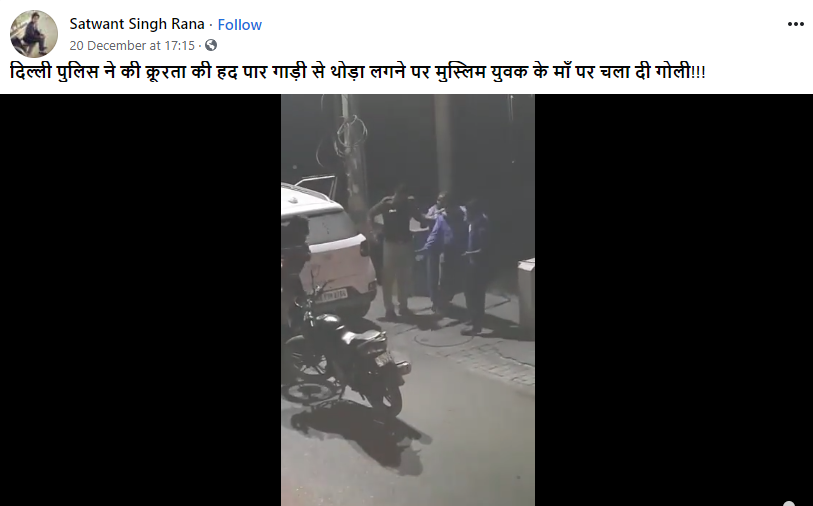 More such post can be seen here and here.

We extracted keyframes of the video using InVid tool and found the same video on YouTube dated Nov 30, 2020. The title of the video read: Woman accidentally shot in foot by beat constable intervening in parking dispute in Rohini. 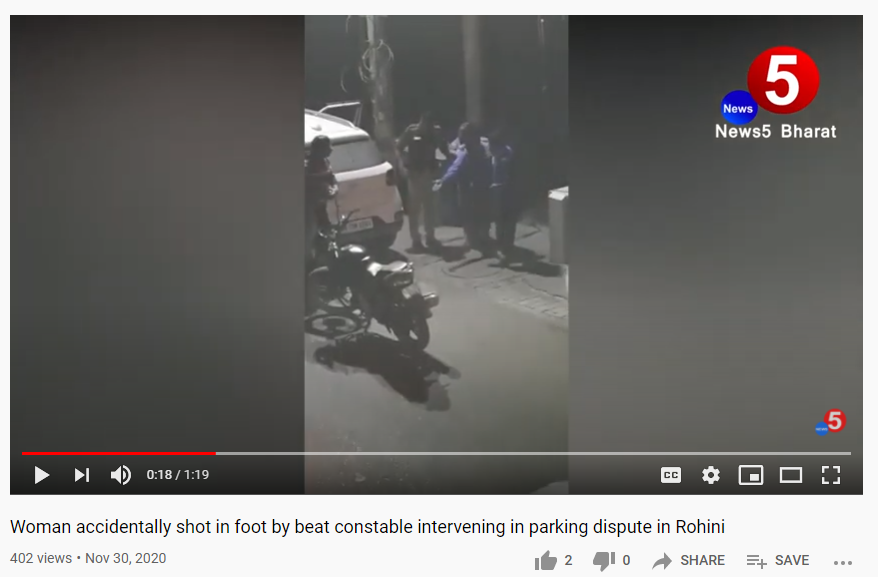 Based on this, we ran a keyword search and found a report by TOI dated November 27, 2020, with the headline, “Delhi cop opens fire while trying to settle row.”

The article identified the cop as constable Punit Sharma and the woman was identified as 40-year-old Madhu.

So, the first thing that becomes clear is that there is no communal angle to the story. 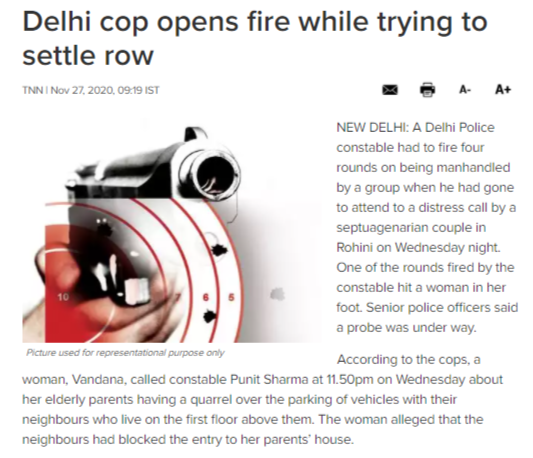 According to a report by Hindustan Times, Sharma went to the location on November 25,2020, after he received a call from the daughter of a senior citizen couple saying that her parents’ neighbours were threatening them over a parking dispute.

When Sharma reached the spot, the other family began arguing with him, accused him of being drunk and manhandled him. 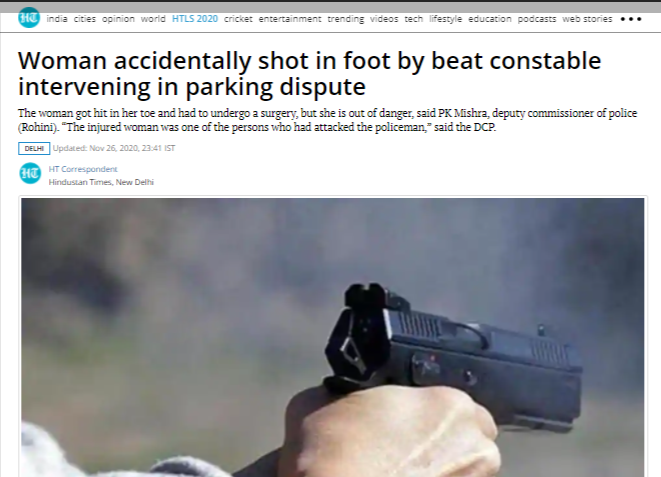 The report also mentioned that ‘DCP Pramod Kumar Mishra said that when the family continued to manhandle Sharma, he took out his service revolver, kept his hand behind his back and fired four rounds into the ground’. “One bullet ricocheted and hit the woman in her foot,” Hindustan Times quoted Mishra as saying.

The New Indian Express reported that a medical examination later confirmed that Sharma was not drunk and the woman, Madhu, was immediately shifted to BSA hospital where her condition was stated to be normal. 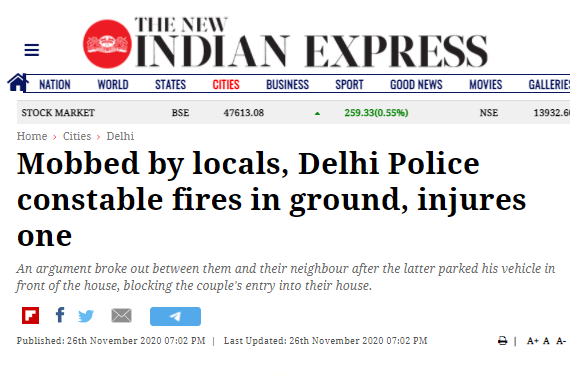 Another report by The Hindu reported that since the accused tried to stop a policeman from performing his duties, a case was registered at KN Katju Marg police station under relevant sections of the Indian Penal Code.

Hence, from the above fact check, it is clear that the viral video is being shared with a false communal narrative.