A picture of Home Minister Amit Shah is being shared on social media with a claim that he disrespected Nobel laureate and poet par excellence, Rabindranath Tagore, by sitting on the same place where Tagore used to sit and he is the first person to sit there since Tagore’s death.

(Translation: After Gurudev Rabindranath Tagore, no one has sat in this holy place till date. All the special guests of the world come here and pay tribute to this asana. This uneducated ‘Tadipar’ has stained this place by coming to Shantiniketan in the past days.)

Firstly, we Reverse Image Searched the picture and found that a similar picture was also shared by the official Twitter account of Amit Shah on December 20, 2020.

“Paid tributes to one of India’s greatest thinkers, Gurudev Rabindranath Tagore, at Rabindra Bhawan in Shantiniketan. Gurudev’s contribution to India’s freedom movement will forever be remembered and his thoughts will continue to inspire our generations to come,” the tweet read. 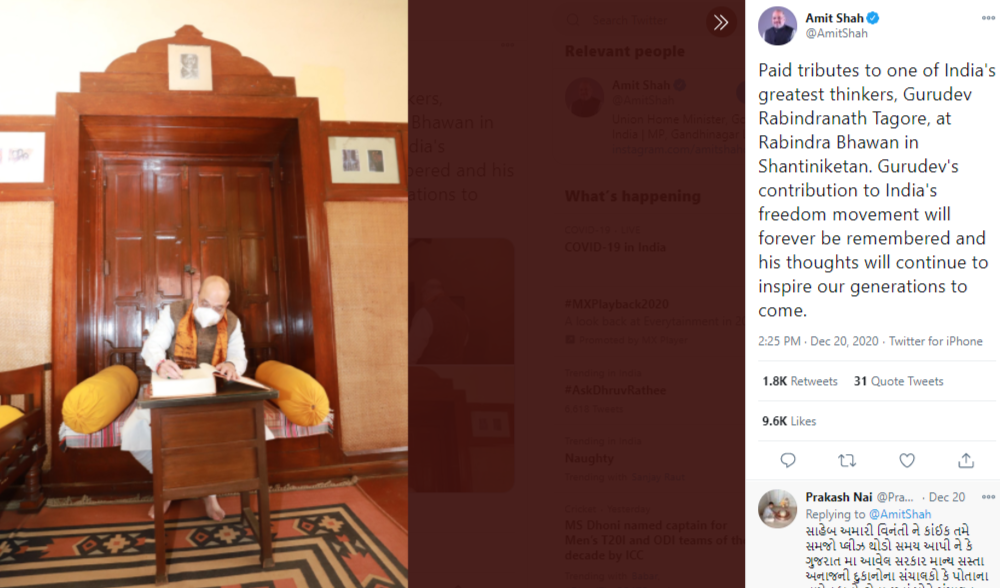 The image was also featured in an article by News 18 with the caption, “Home Minister Amit Shah signs the visitor’s book during his visit to Rabindra Bhawan, at Shantiniketan in Birbhum district. (PTI)” 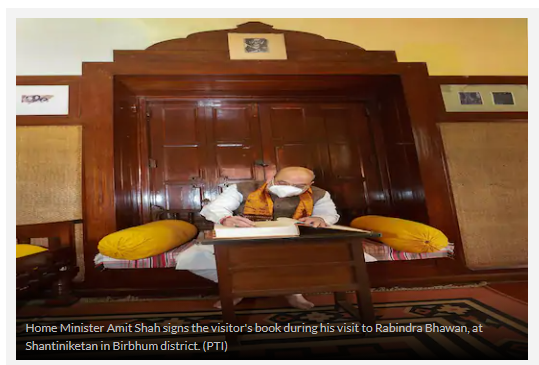 Based on this, we ran a keyword search and found a similar picture of PM Modi signing the visitors’ Book at Visva-Bharati.

A similar picture of Prime Minister of Bangladesh, Sheikh Hasina signing the visitor’s book at Shantiniketan, when she visited in West Bengal on May 25, 2018, was also present on the official government website. 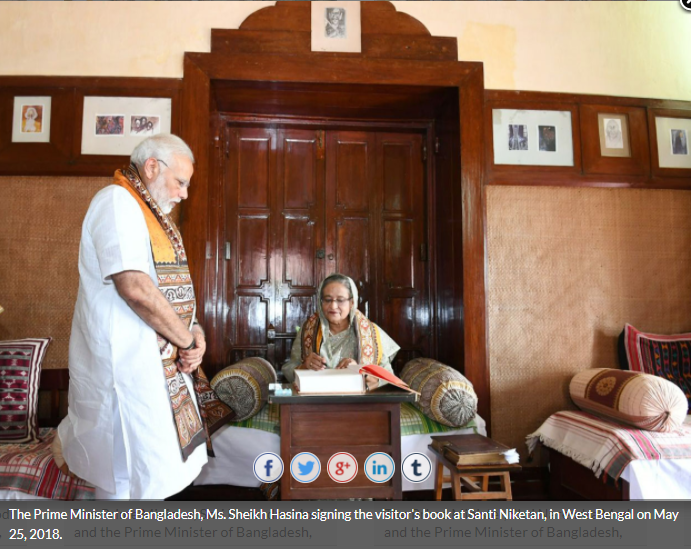 Even though there isn’t much information available about this being his chair, the Telegraph India had published an article in 2015 stating that Rabindra Bhavan museum in Santiniketan has added a wooden chair and a sofa used by Rabindranath Tagore to its items for public display.

The picture of the sofa in the article is evidently different from the one in Amit Shah’s picture. 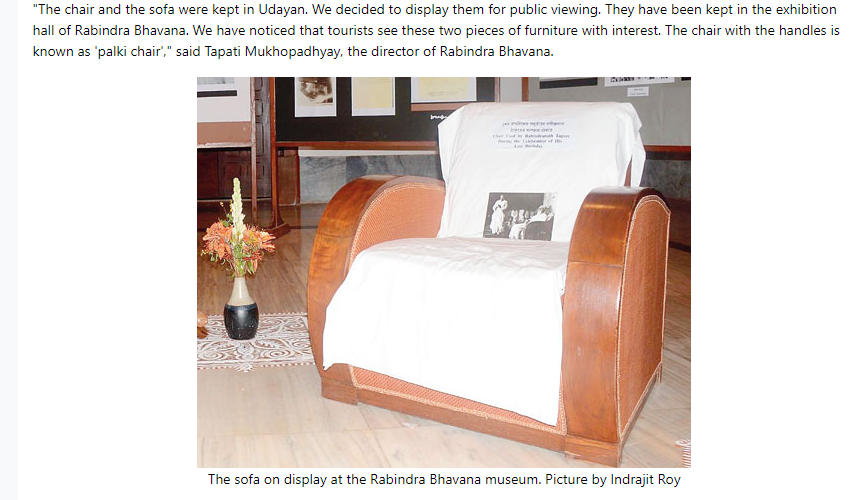 Also, in his tweet, Amit Shah can be seen paid floral tributes to Gurudev Tagore.

Similar Pictures of Amit Shah was also shared by other media organisations.

The above picture shows how Tagore’s belonging have been preserved with the utmost care and as there are multiple photographs of dignitaries sitting and filling up the visitor’s book, it could be safe to assume it is not a chair with historical value, but one used to sit and write.

Hence, the above information proves that the post in circulation is misleading that Home Minister Amit Shah disrespected Rabindranath Tagore.