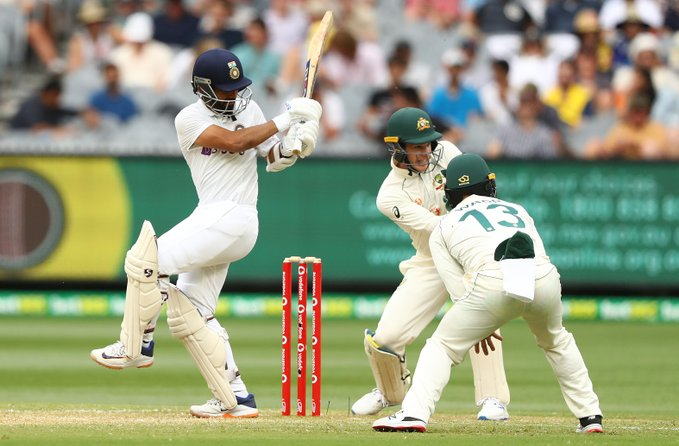 Stand-in skipper Ajinkya Rahane held the fort with his half-century but Mitchell Starc dismissed Rishabh Pant in the second session which tipped the second session slightly in Australia favour on day two of the Boxing Day Test at the Melbourne Cricket Ground (MCG) on Sunday.

At the tea break, India’s score read 189/5 with Ravindra Jadeja (unbeaten on 4) and Rahane (unbeaten on 53) at the crease. While the session saw India scored 99 runs from 27.3 overs, the hosts picked up the wicket of Hanuma Vihari and Rishabh Pant.

If Pat Cummins starred for Australia in the first Test, it was Starc who put Australia back on top with Rishabh Pant’s wicket after Rahane had stabilised the Indian innings. 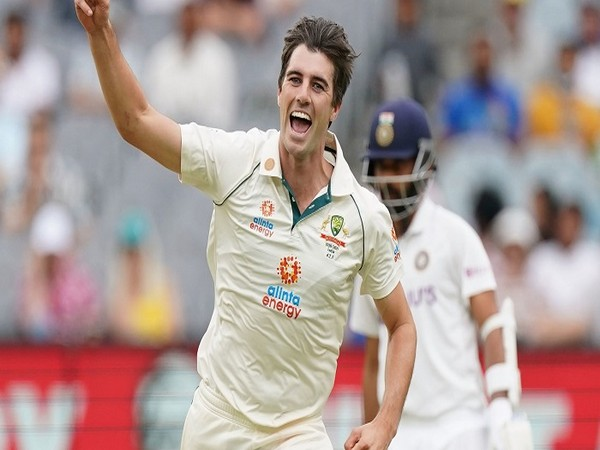 Both Hanuma Vihari and Pant’s wicket came just when India started looking good in the game. The visitors trail by six runs with five wickets in the bag.

Rahane and Vihari started the session after weathering the storm before lunch. The duo had steadied India’s ship before Nathan Lyon sent Vihari back when the batsman tried to sweep. The right-handed batsman departed right after bringing up the fifty-run partnership with Rahane.

Rishabh Pant then joined Rahane at the crease and the duo dominated the Australian bowlers in the second session. Pant scored runs at a strike rate of 72.50 while Rahane welcomed Cummins with a boundary in his fresh spell.

However, Mitchell Starc ended Pant’s no so Test match type innings just when India looked to have gained some momentum after early blows.

Earlier in the day, Australia didn’t have a good start as the day kicked off with an unsuccessful review and a dropped catch but Cummins ensured Australia were right back on top courtesy of his fiery spell.

Cummins gave Australia an upper hand in the game after two wickets in the first session. The speedster sent both Gill (45) and Pujara (17) back to the pavilion.

Resuming day two from 36/1, Gill and Pujara weathered the storm during the first hour of the play. However, their 61-run partnership was ended by Cummins as Gill fell short of his maiden Test half-century.

Cummins made sure Australia didn’t lose any momentum as he sent back Pujara in his next over. Skipper Tim Paine took a superb one-handed catch to leave India at 64/3.

Rahane and Vihari rebuilt the Indian innings after the double strike by Cummins. The duo ensured that the hosts did not lose any more wickets before the end of the first session.