Many farmer deaths have been reported during the ongoing farmers’ protest in the National Capital Region. Amid this, a picture of a dead man in a turban is making rounds on social media with a claim that the picture is from the recent farmers’ protest.

(Translation: Another farmer martyred in Delhi Kisan Morcha, I bow down to his sacrifice. #standwithfarmersprotest”) 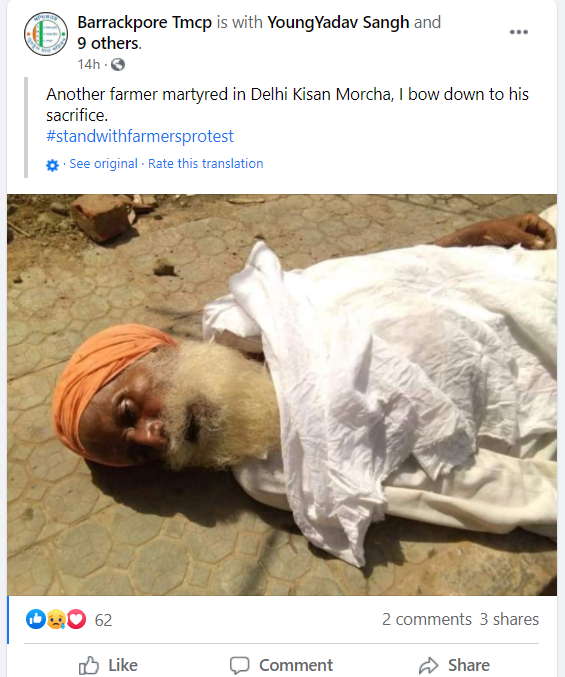 With the help of Google Reverse Image Search, we found the same picture on Facebook dated July 10, 2019, which gave us a clue that the picture is an old one. 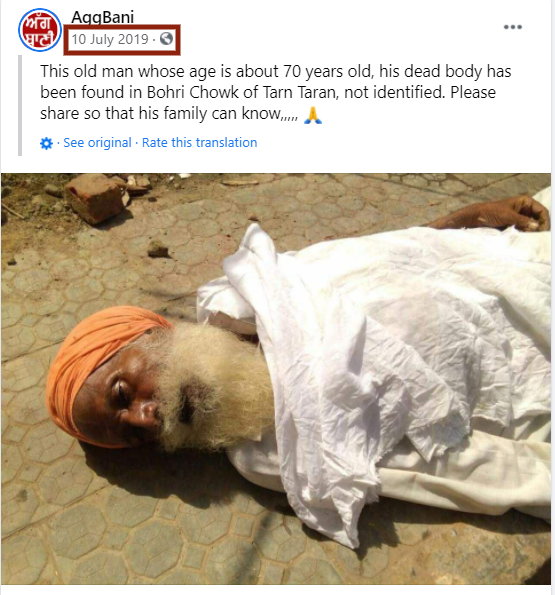 Moreover, we also found that the same picture was shared on Facebook on September 2, 2018.

(Google Translation: This old man whose age is about 70 years old, his dead body has been found in Bohri Chowk of Tarn Taran, not identified. Please share so that his family can know.)

Another social media user posted the same picture in 2018.

The above information proves that the picture in circulation is old.

However, NewsMobile could not independently ascertain the location or the origin of the picture. But, it is clear that the picture of the man is an old one and is being falsely linked with deaths during the ongoing farmers’ protest.