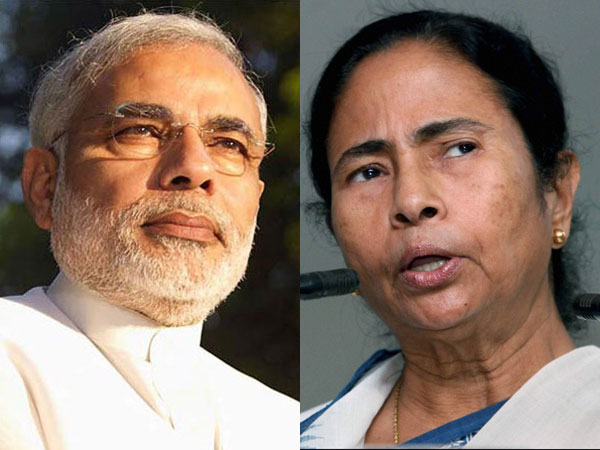 The battle for West Bengal is growing fierce by the day as Prime Minister Narendra Modi hit out at West Bengal Chief Minister Mamata Banerjee while addressing farmers from six states on Friday.   The purpose was also to release the next batch of financial aid from the PM-Kisan scheme for nine crore farmers amounting to Rs.18,000 crore on former PM Atal Bihari Vaypayee’s birth anniversary.

“I am glad that farmers across India are getting benefits under this scheme. All state governments have allowed this scheme, except West Bengal government.” Said Prime Minister Narendra Modi.

“70 lakh farmers of Bengal are not able to get the benefits under the scheme because the West Bengal government due to political reasons are not agreeing to implement it. Added the Prime Minister.

PM Modi questioned the opposition for being silent on Mamata. “Mamata Banerjee’s ideology has destroyed Bengal. Her actions against the farmers have hurt me a lot. Why is the opposition quiet on this?” Asked PM Modi.

Mamata had written to Union Agriculture Minister Narendra Singh Tomar a day after Union Home Minister Amit Shah’s visit to West Bengal, asking for disbursement of funds to the state which in turn will benefit farmers of the state.

“Decision of the Central government on implementation of the scheme in West Bengal and transferring the requisite fund to the State government for onward disbursement to the farmers through the state government machinery is still awaited.” Mamata had said in her letter while reminding the Union agriculture Minister of a letter dated September 9th on the scheme being implemented by the Centre.

The 2021 Assembly elections are six month away and the echo of battleground Bengal are reaching the national capital, with the BJP led Centre not leaving any opportunity to prove that that Bengal needs BJP and not Mamata for a third term.