A video of an agitated Trinamool Congress chief and West Bengal Chief Minister Mamata Banerjee is doing rounds on social media as being recent. The video is being linked to the upcoming assembly election in West Bengal and her reaction to BJP’s poll campaign in the state. 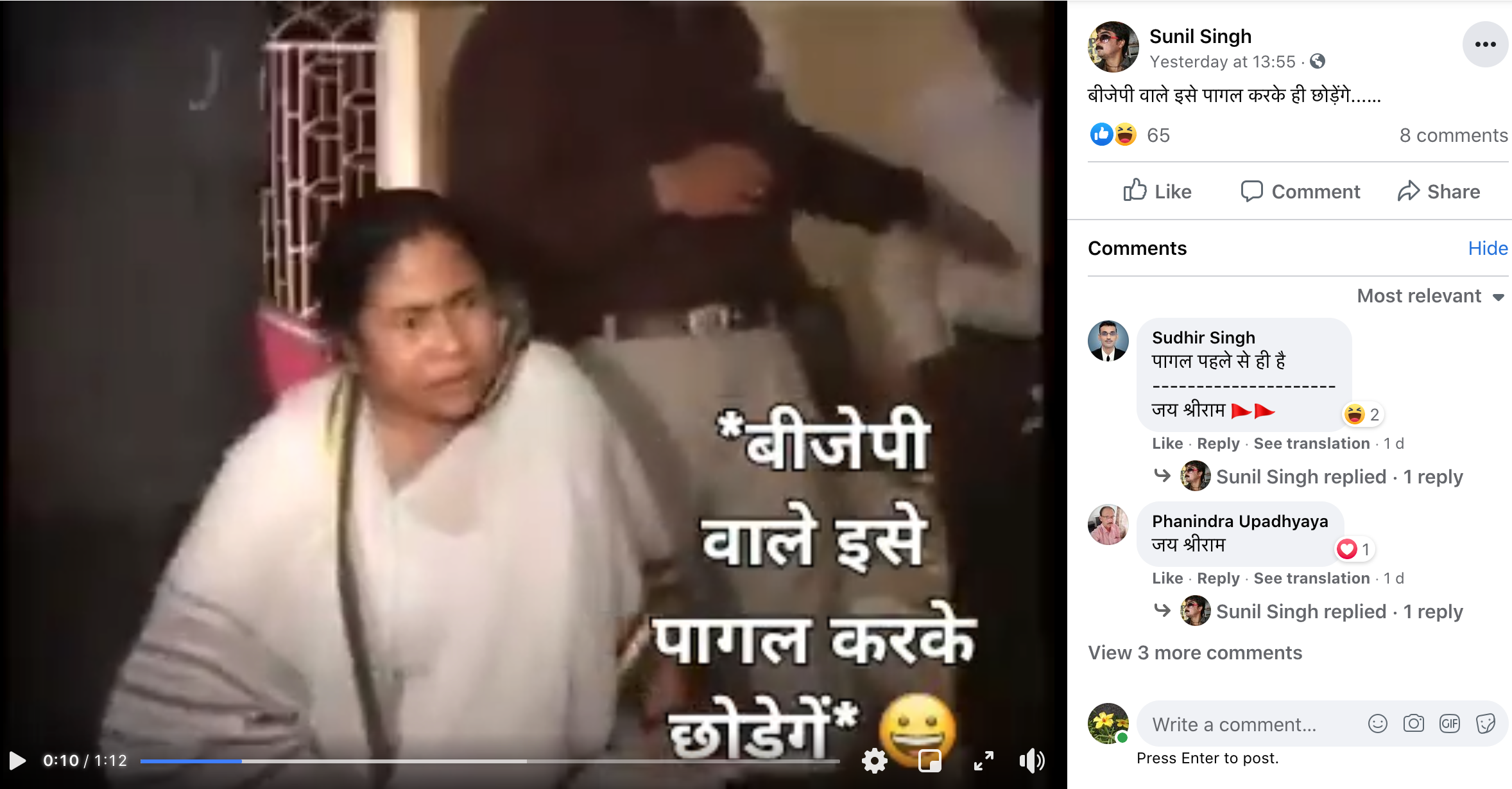 We got our first clue when we saw a similar video was shared on Facebook in 2017. 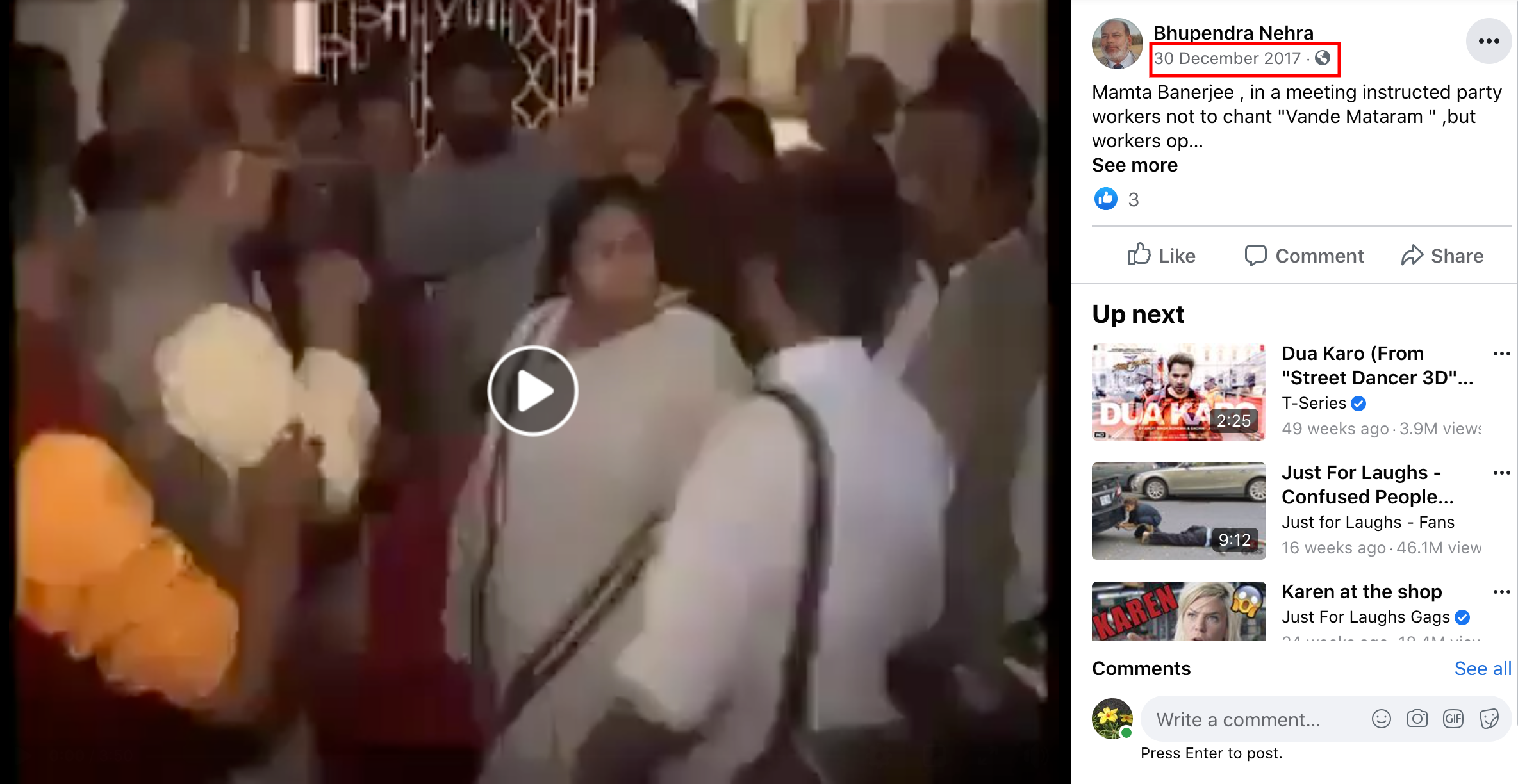 Further with the help of keywords, we found the same video on YouTube, shared on September 25, 2013.

On digging further, we found a news report by NDTV dated November 30, 2006, claiming that chairs and tables were smashed, microphones wrenched off and used as missiles by opposition Trinamool Congress and treasury bench members in the West Bengal assembly. West Bengal was then under the Left and Trinamool Congress was in the Opposition. 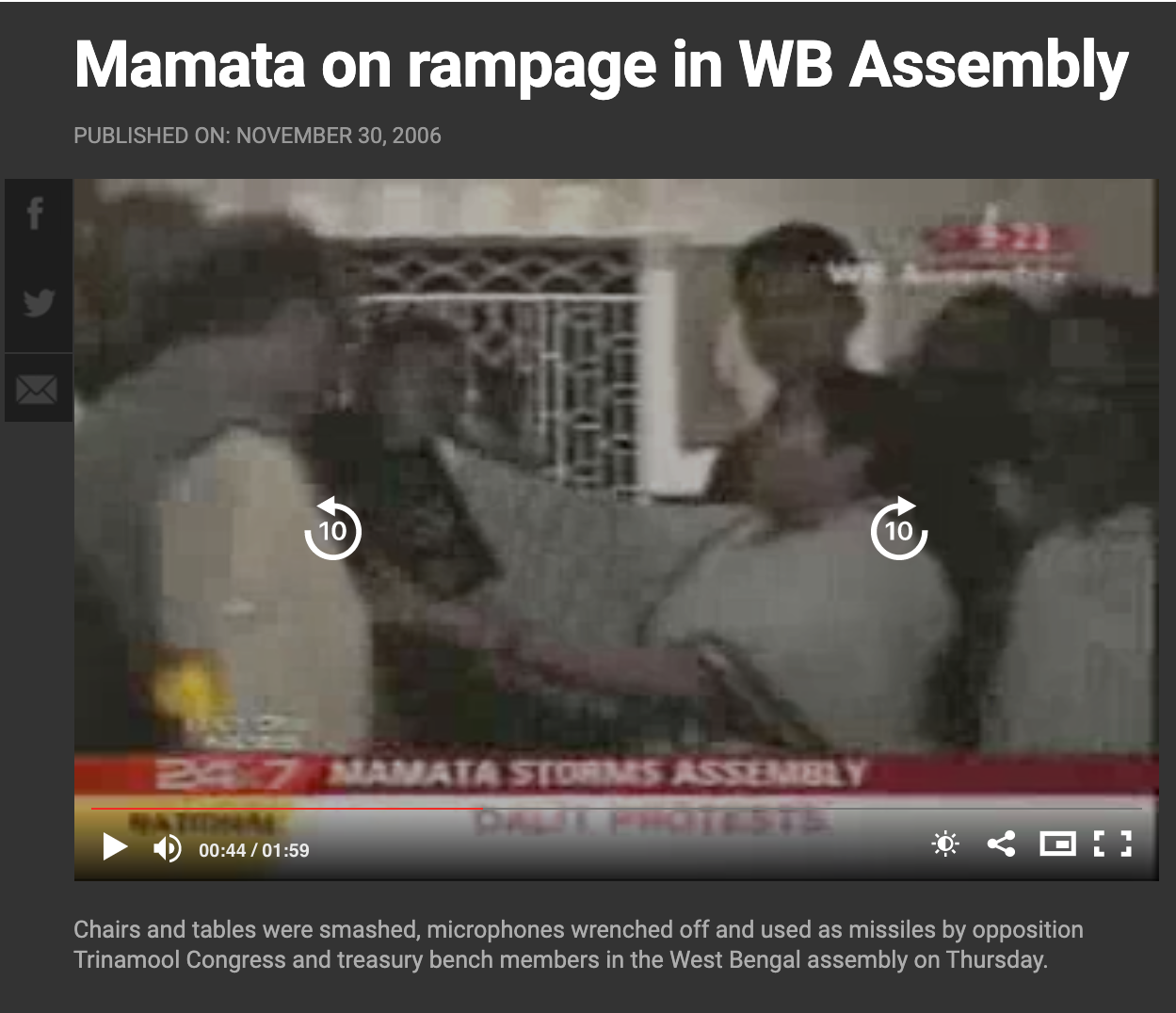 Moreover, we also found a news report by DNA dated November 30, 2006, claiming that Trinamool Congress legislators went on a rampage in the West Bengal Assembly protesting against the arrest of party supremo Mamta Banejee in Hooghly district.

Hence, based on the above fact check, it is clear that an old video of a livid Mamata Banerjee is being shared as a recent one with false claims.