(Translation: Married 8 months ago. Major Vibhuti Shankar ji was the only son of his parents and today his wife became a widow. #विनम्र_श्रद्धांजलि #Jai_hind) 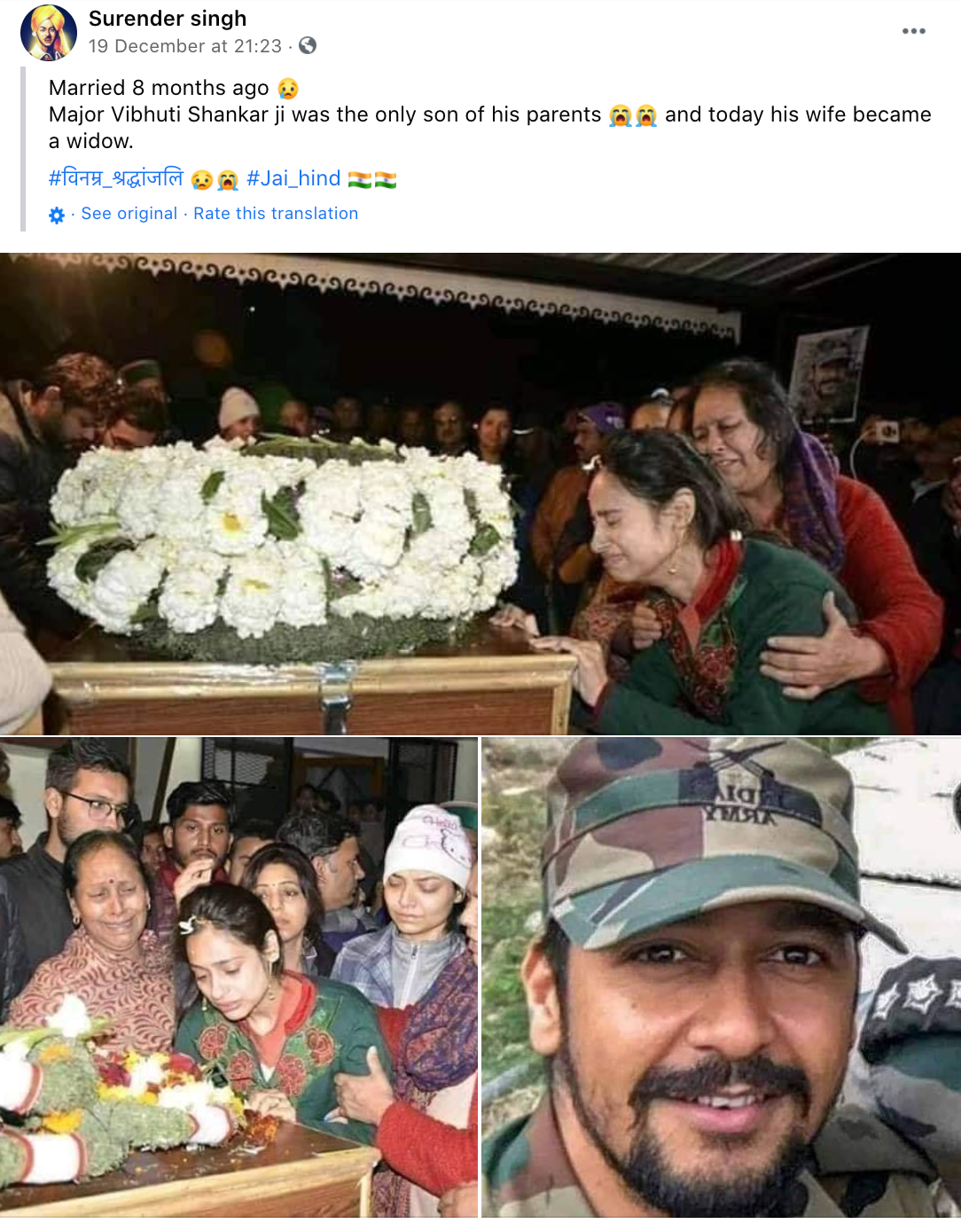 On putting the picture through Google Reverse Image Search, we found the same picture on Facebook dated February 19, 2019, which clearly means that the picture is old. 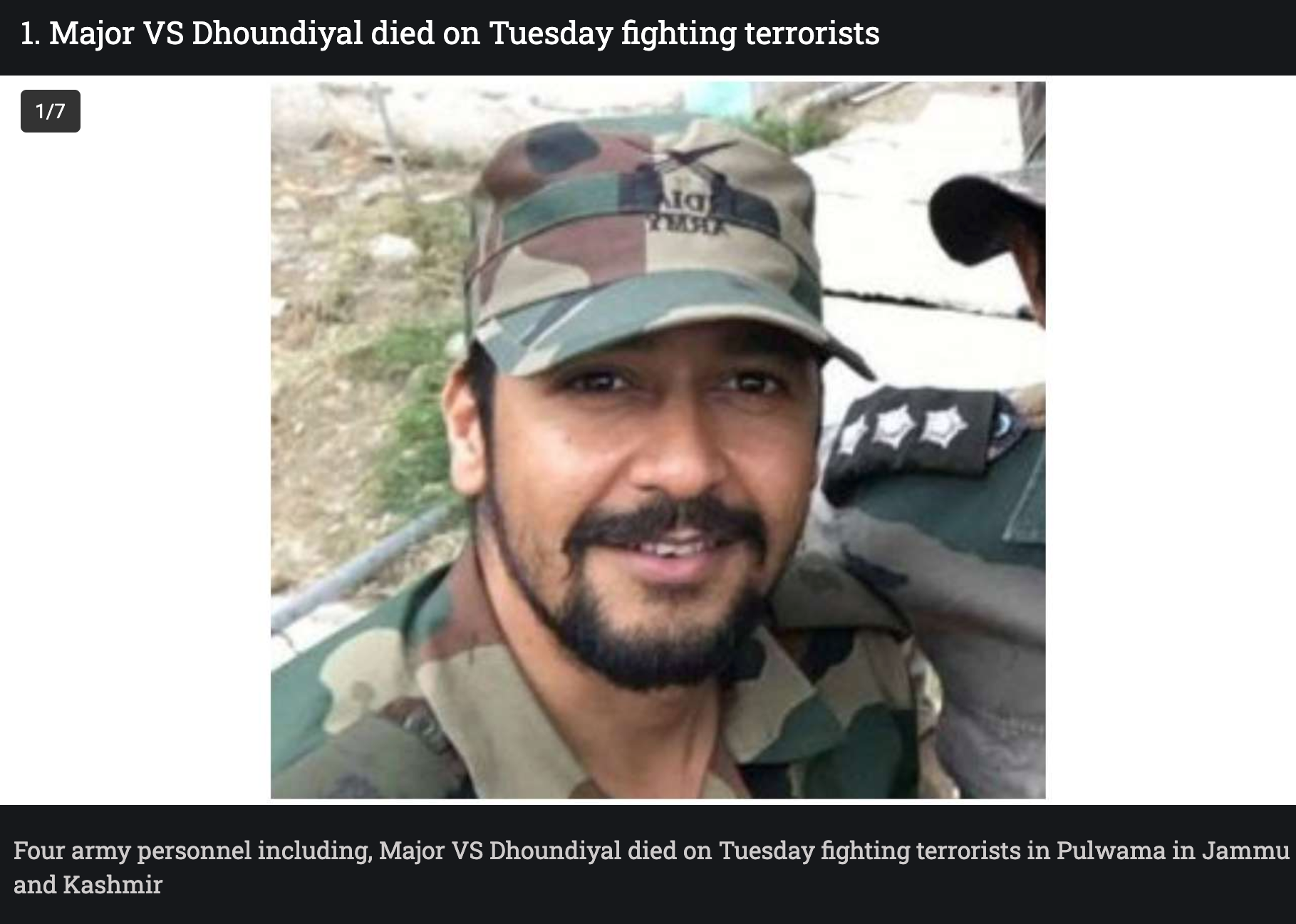 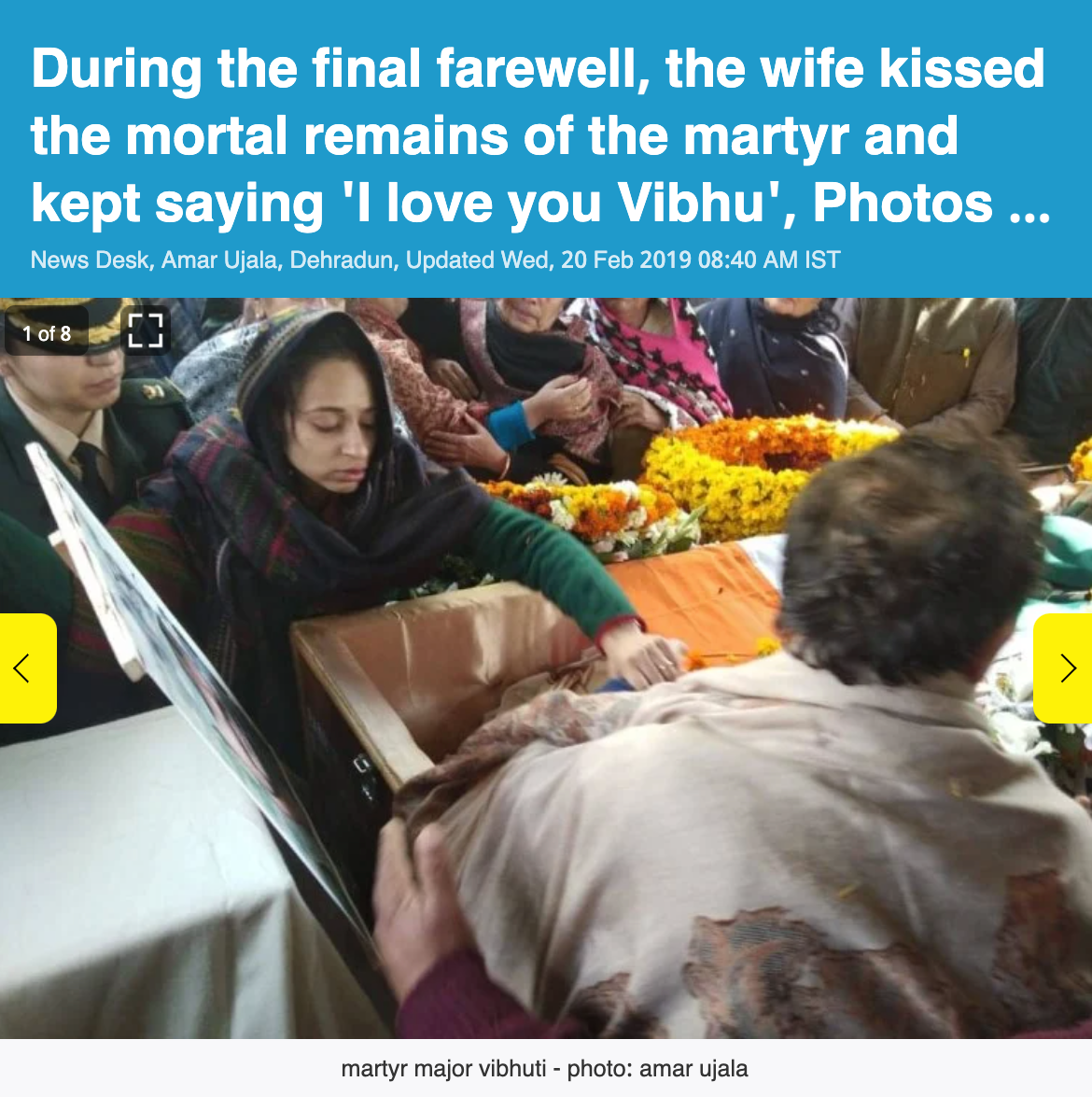 Moreover, we found a news report by News Nation dated February 19, 2019, with the YouTube description, “Family members of martyred Shankar Dhoundiyal paid tribute on the first death anniversary of the CRPF jawan. Nitika Kaul, the wife of Major Dhoundiyal, said that she misses him every day. Watch the full conversation.”

Hence, we can say that the post in circulation is misleading.