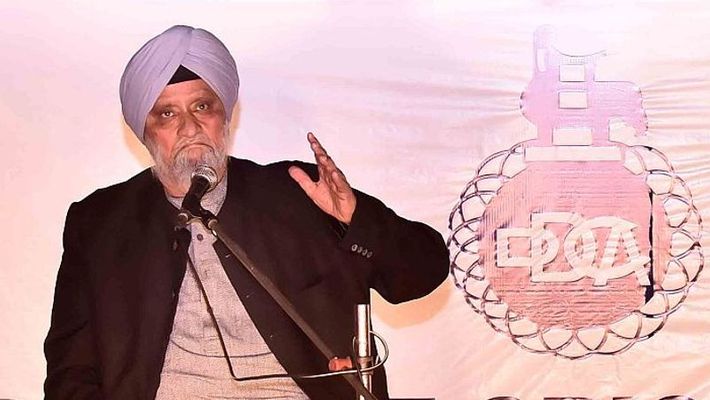 Former India skipper Bedi has made it clear that he no longer wishes to see his name on the stands at the Ferozeshah Kotla Stadium in the Capital. Bedi said that he has always believed in standing by what is right and at this point in time he has come to understand that getting his name removed from the stands at Kotla is the right thing to do.

“I do not have to speak much; you have to speak to the DDCA. If they are adamant about getting the statue (of late DDCA president Arun Jaitley), then okay, I do not want my name to be associated with the stadium. Nothing wrong with that,”

“Nobody is bothered in Delhi. DDCA is getting away with murder. I think this was the final nail in the coffin and I will not budge. I do not see the need to.”
Echoing the sentiments,

In his letter to the Delhi and District Cricket Association (DDCA), Bedi pointed how the association has been poorly managed, stating that he believes there is no place for him or his legacy at the Kotla.

Also read: #YearEnder2020 I Eleven Trends That Will Change The Way We Work In 2021, The Year Of Hope

“It is WG Grace at Lord’s, Sir Jack Hobbs at the Oval, Sir Donald Bradman at the SCG, Sir Garfield Sobers at Barbados & Shane Warne of recent vintage at the MCG who deserved a stand-alone gesture. So, when the kids walk into these stadiums these majestic statues enliven the inspiring stories of these past heroes that their elders tell them. Sporting arenas need sporting role models. The place of the administrators is in their glass cabins.
“Since DDCA does not understand this universal cricket culture, I need to walk out of it.

I cannot be part of a stadium that has got its priorities so grossly wrong and where administrators get precedence over the cricketers. Please bring down my name from the stand with immediate effect. You need not worry about me or my legacy. God Almighty has been very kind to me to keep me alive with my cricketing convictions. I do not wish my strength of character to be maligned by my silence or association to this unsporting act,” he wrote.

Bedi’s heroics has become a buzz on social media, especially Twitter. Netizens are sharing a mixed reaction to the simmering issue. Some are saluting his bravery, and some think that Late Arun Jaitley’s statue should be installed for his contribution to DDCA

Bedi sir you are a legend 👏 #BishanSinghBedi

I usually don’t appreciate the legendary #BishanSinghBedi on many topics but this is one that I fully agree and endorse..!!
With all due respect to #ArunJaitley sir, I feel no need for a statue at The Kotla.