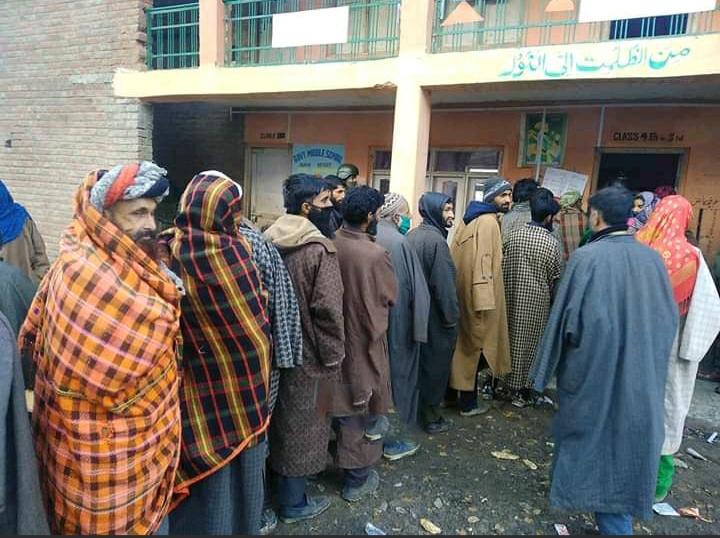 People’s Alliance for Gupkar Declaration (PAGD), led by Farooq Abdullah, bagged 112 seats in the first-ever elections to the 288 District Development Councils (DDCs) while BJP emerged as the single-largest party winning 74 seats as the counting of votes is underway.

Other parties include Jammu and Kashmir National Panthers Party (JKNPP) which won 2 seats while BSP secured one seat.

Jammu and Kashmir BJP chief Ravinder Raina said that his party has performed well and has a cleary majority in six districts in Jammu.

“BJP has performed well. We have a clear majority in six districts in Jammu. Many independents have won there. It was BJP versus all. I think the way we have come up suggests that we have won. Seven parties together were against BJP,” Raina told ANI.

“In the coming times under the leadership of Prime Minister Narendra Modi, Jammu and Kashmir would flourish towards development. It is the first time in Jammu and Kashmir for BJP to emerge as the largest party. We will continue to move forward in the same path,” he added.

Raina said that the people of the Union Territory has understood and agreed to BJP’s will towards ‘Sabka Saath, Sabka Vikas’.

The polling was held over eight phases beginning November 28 and ending on December 19.

National Conference leader Omar Abdullah had said that the PAGD has been formed to ensure the rights of the people of Jammu and Kashmir and Ladakh are restored. “All of us united that the pre-August 5th, 2019 position must be restored,” he added.

While Farooq Abdullah was chosen as president of the People’s Alliance for Gupkar Declaration, Mehbooba Mufti was picked to play a role of vice-president.